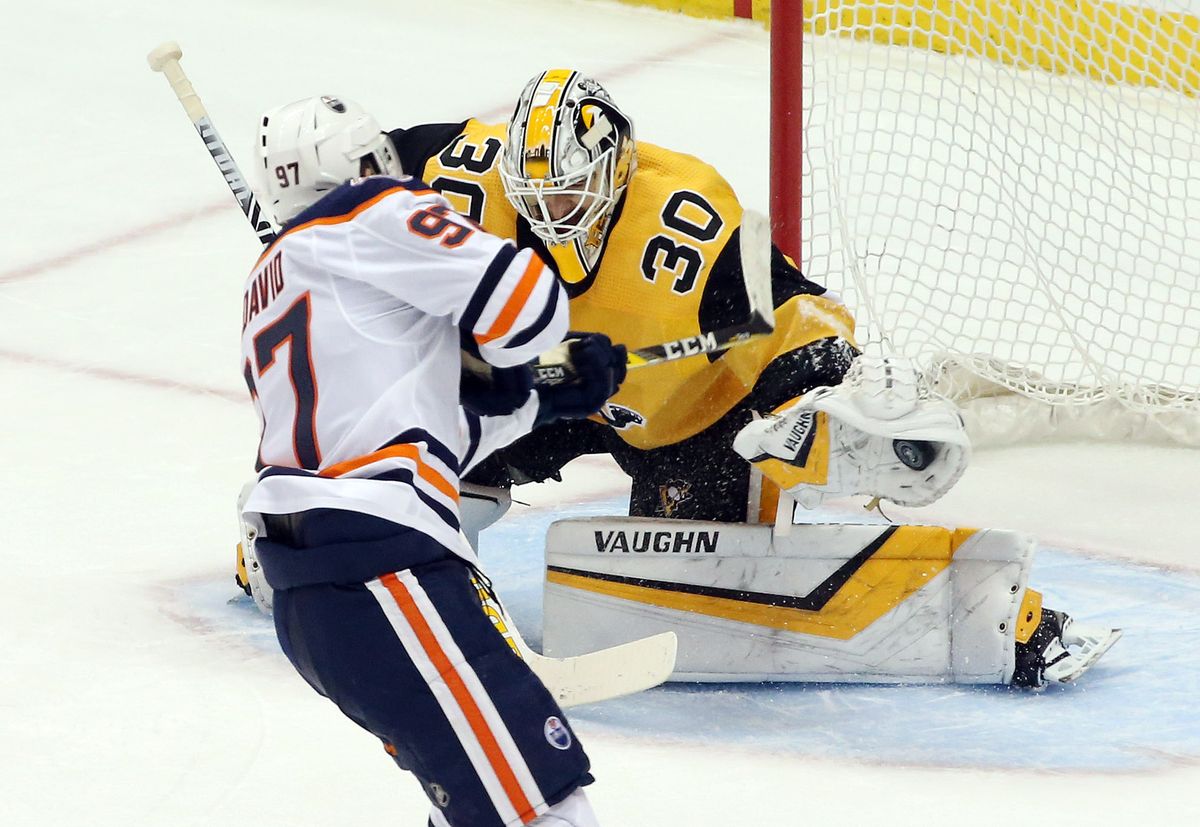 If GM Ken Holland elects to go big game hunting for a goaltender this offseason, Matt Murray could be the guy. A two-time Stanley Cup Champion, Murray is almost certain to be traded from the Pittsburgh Penguins in the coming weeks. In fact, the Oilers and Penguins have had conversations regarding the goaltender in recent weeks.

The Oilers aren’t the only team in on Murray, however. The Colorado Avalanche have shown interest, and could move quickly to make a deal now that they have been eliminated from the Stanley Cup Playoffs.

Would Murray be worth the cost via trade? What kind of contract will the young goaltender command? Is he the answer to Holland’s concerns?

Jim Rutherford is like a clock. The veteran manager seems to set his eyes on change every few seasons. In 2015, he swung the big trade that brought Phil Kessel to Pittsburgh. In 2019, after a sweep in the First Round at the hands of the New York Islanders, he dumped Kessel to the Arizona Coyotes.

Now, after a nightmare loss to the Montreal Canadiens in the Qualification Round last month, Rutherford is keen on change once more. He’s already moved a first round pick for Kasperi Kapanen, and has publicly admitted he will be trading a goaltender.

Tristan Jarry represented the Penguins in the NHL All-Star Game in January, and he took over for Murray in Game 4 against the Canadiens. All signs point to Rutherford handing the keys to Jarry and promoting Casey DeSmith to backup whenever the 2020-21 season gets underway.

Murray was recalled during the 2015-16 season from the Penguins’ AHL affiliate in Wilkes-Barre/Scranton. He played in just 13 games that regular season, posting a .930 save percentage. Murray then took the starting job from Marc-Andre Fleury in the playoffs, and led the Penguins to a Stanley Cup Championship.

At five-on-five, Murray posted the worst numbers of his otherwise promising career. He managed a putrid .877 save percentage at five-on-five, surrendering 88 goals on 715 shots. Former Edmonton Oil Kings star Tristan Jarry stole the job from Murray, and as mentioned replaced him in the team’s Qualification Round loss to the Montreal Canadiens last month.

Success isn’t exactly in the long lost past for Murray, however. He posted a .919 save percentage during the 2018-19 season, and had a .930 mark at five-on-five in the 50 games he played that year.

Here’s a look at Murray’s scouring report via The Sports Forecaster:

Owns a very projectable frame (6-4) for the goaltending position at the highest level, plus the confidence and icy-cool demeanor needed to excel. Also boasts great athleticism and big-game stopping ability in the clutch. Needs to bulk up a bit so as to maximize his ability to play a lot of games at the highest level (and thrive while doing so). Needs to learn shooters’ tendencies a little better. Injuries might be a concern here.

Matt Murray is a good goaltender who has had unreasonable expectations placed on him because of the two early Stanley Cups he won with the Penguins. In a sense, even after a nightmare 2019-20 season, Murray is underrated. He’s a starting goalie in the NHL, and should be treated as such.

In Edmonton, Murray would come in and be the team’s best option. Yes, his 2019-20 season wasn’t good, but the overall numbers indicate a starting goaltender who can play 45-50 games a season at a high level and lead a team on a deep playoff run. Neither Mike Smith nor Mikko Koskinen are that goalie right now.

If the Oilers are going to acquire Matt Murray, they’ll need to pay twice. That should be a considerable turnoff. Murray will not only cost assets via trade, but he needs a new contract as well.

The Penguins are looking to change the complexion of their team, and are looking for a number of different things. A right-shot defenseman is almost certainly on Rutherford’s wish list. Edmonton has a potential option in Adam Larsson to move.

The Penguins will almost certainly want to try and recoup the first round pick they moved to Toronto a few weeks ago. They could get one from a team like the Avalanche. The Oilers won’t be moving the 14th overall pick for Murray’s RFA rights.

The RFA rights to forward Andreas Athanasiou (plus a prospect like Cooper Marody) could be an enticing package.

Contract wise, Murray is coming off of a three-year contract with an AAV of $3,750,000. With a new club, it wouldn’t be a surprise to see him ink a two-year bridge contract that walks him to unrestricted free agency.

In terms of dollars, could Murray be convinced to sign a deal in the $4,000,000 AAV range? If he’s inking a bridge contract with a new team, it wouldn’t be a huge surprise.

Matt Murray is a more long-term option to Edmonton’s issues in goal than anyone else on the market. At just 26, the idea in acquiring Murray is that the Oilers have their man in net for the duration of the McDavid era. That’s a pretty big decision, and it will require a pretty big investment.

Murray is a good goaltender, and I’d be willing to trust him with the starting job in Edmonton. There are concerns, including the acquisition/contract cost and his consistency issues, but overall Murray is a solid option.

Holland will need to determine if the price is worth it to bring a goalie like Matt Murray to Northern Alberta. 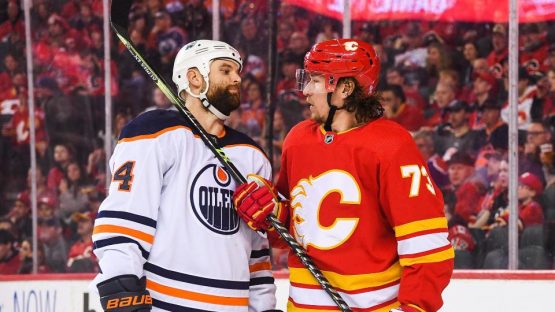 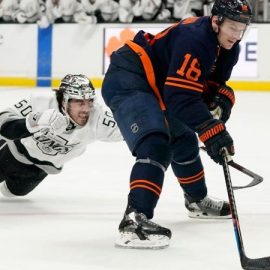 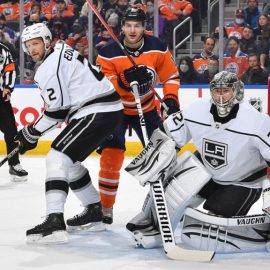