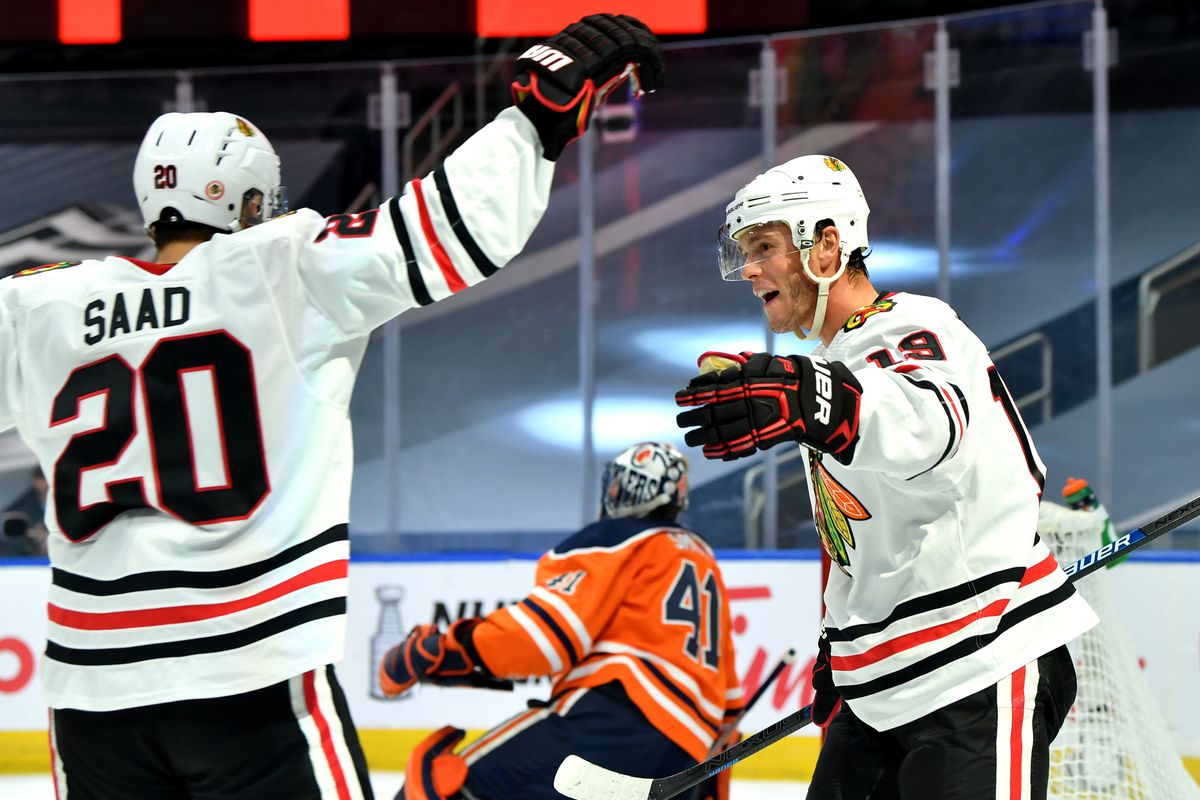 Is it over? No, of course it isn’t. The Edmonton Oilers lost Game 1 of their best-of-five Qualification Round series 6-4 to the Chicago Blackhawks on Saturday. Two of Edmonton’s goals came late in the third period, effectively in garbage time. Outside of a dynamic showing by the powerplay, the Oilers were awful on Saturday.

The Blackhawks dominated at five-on-five and scored three times on Edmonton’s normally strong penalty kill. The Hawks converted three of their six chances on the man advantage after going 0-for-8 in the regular season series. The Oilers scored on three of their four chances.

In all, the Oilers were outshot 42-29 and out of the game by the 12:57 mark of the first period. It was a complete and utter disaster.

“We made far too many mistakes and lost too many battles, simple as that,” said Head Coach Dave Tippett. “If you don’t elevate your game going into the playoffs, you’re going to be behind and that’s where we were.”

The Oilers failed to create any real offensive pressure at five-on-five all afternoon long. It seemed like the Blackhawks defense, one of the worst in the NHL, was in complete control. The Oilers got no cycle going, failed to produce any second chance opportunities and were lost in their own zone.

The Oilers looked slow. The Oilers looked completely disinterested. The Oilers didn’t look like they wanted to battle. If anything, this looked like a team that thought they would waltz into Rogers Place and destroy the Blackhawks on skill alone. Consider this a rude awakening.

“We just weren’t good enough, all around,” Connor McDavid said. McDavid scored the game’s opening goal, and finished with three points on the afternoon. All in all, however, McDavid was largely ineffective at five-on-five. It was a rare off-day for the NHL’s best player. He knows it, too.

“That’s it, pretty easy. It’s a best-of-five, Game 1 is important, we lost it, but there’s nothing we can do about it now,” McDavid continued. “All we can do is focus on Game 2.”

Game 2 will be played on Monday night, with the Oilers again considered the home team. The Blackhawks will be without energy forward Drake Caggiula, who was suspended one game on Sunday.

Regardless of who the Blackhawks dress, the Oilers need to be so much better than Saturday. If they play like that again, this series will be over by Thursday morning.

It needs to be so, so much better. From their words postgame, the Oilers know that. Words can only go so far. Actions are all that matters in a best-of-five series like this.