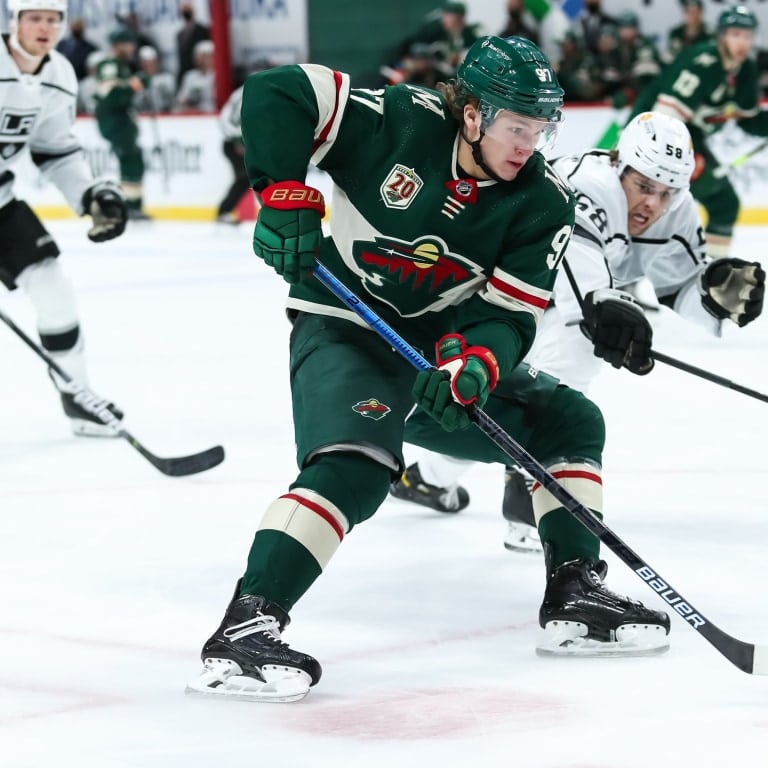 Surprises can be fun.  Raise your hand if you expected the Minnesota Wild to respond with six unanswered goals to earn a 6-3 victory over Los Angeles?  If you have your hand raised you either are the second coming of Nostradamus or a liar.

Adversity reveals character.  Dean Evason‘s squad revealed a whole lot of character by battling back and keeping the Kings in the rear view mirror with good defense and continuing to frustrate Los Angeles with a suffocating forecheck.

Kirill Kaprizov joined Eric Staal and Marian Gaborik to tie the franchise single-season record with his 42nd tally of the season.  Kaprizov’s goal sparked the Wild’s comeback and continues to be the momentum changer this franchise has always lacked.

Sunday’s game was a nice bounce back after disappointments on the road to St. Louis and Nashville.  With the playoffs on the horizon the team is not only hoping to get itself home-ice advantage but it wants to build some momentum going into the post-season.

A big part of that momentum-building process is the play of its top players beyond Kaprizov like Kevin Fiala and Mats Zuccarello who also had a goal (his 22nd) on Sunday to pass Mikko Koivu for the 5th best season in franchise history with 72 points.

Another player who will likely be key to giving the Wild two scoring lines is rookie Matt Boldy who returned to the lineup by scoring a goal (his 13th) and a helper.  I am sure Fiala was happy to have the gifted playmaker back on his line.

Jacob Middleton continues to look more and more comfortable with each game and I think he has shown great chemistry with team captain Jared Spurgeon.

Marc-Andre Fleury made some key saves with a lot of traffic near his crease to prevent Los Angeles from making a late-game push.

Minnesota has another tough 4-game stretch where they play playoff hopefuls in Edmonton, Dallas and Saint Louis.  No doubt the Wild would like to avenge this week’s overtime loss to Saint Louis, but they cannot lose focus of the games in front of them first.  Edmonton and Dallas will no doubt be determined opponents.

For confidence reasons alone, the Wild need to prove to themselves they can beat the Blues.  Next week, they will get a similar opportunity to earn a confidence building win against the Nashville Predators.

Needless to say, its another big week for the Wild but so far (knock on wood) they’re still in pretty good shape.

What did you think of this week’s slate of games?  Tell us on Twitter at @CreaseAndAssist! 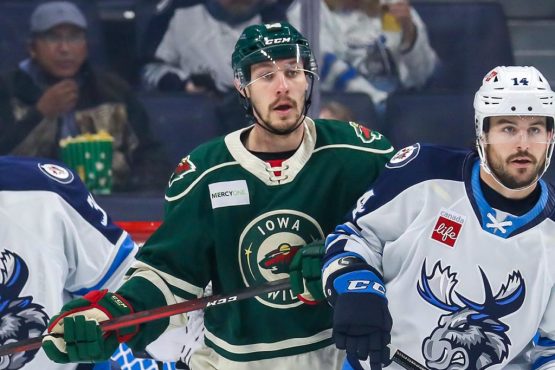 There is a saying in sports, its not how you start but how you finish.  Right now, the Iowa Wild are hoping a strong finish will be enough to will themselves back into the American Hockey League playoff picture.

Back-to-back victories in Tucson and a dramatic 4-3 shootout win in Texas inched the team closer to that goal.  Trailing most of the game, Iowa stayed patient and showed remarkable fortitude in overtime as they fought off a 4-on-3 power play and nearly 30 seconds of 5-on-3 to send the game into a shootout.

In the shootout, former Lakeville South star Nick Swaney was the hero as he moved in and made a great shoulder fake to get Adam Scheel to commit and then patiently pulled the puck back before sending a shot over the sprawling goaltender to give Iowa a 4-3 shootout victory.

With Connor Dewar back in the Iowa Wild lineup after his extended stint in Saint Paul, the team has found its confidence again and some of its veteran talent is stepping up.  Joe Hicketts has been finding the back of the net again and Kyle Rau has been chipping in clutch goals as well.

Mason Shaw has really shined as a playmaker and Mitchell Chaffee and Dewar have been Iowa’s best line most nights.  Marco Rossi isn’t scoring as much lately, but he’s showing more effort and attention to detail in defensive situations which has been crucial to this team’s latest run.

Much has been made of the Minnesota Wild’s GREEF line and its heavy game, the Iowa Wild have found similar success with the line of Cody McLeod, Brandon Baddock centered by Dominic Turgeon.  Physicality along with solid defensive play have been important in setting the tone.

I have included a video below that shows life of AHL trainers and equipment managers as they do their best to provide a 1st class environment for the players.

Denver 3, Michigan 2 OT ~ Pioneers’ advanced to the NCAA championship thanks to a goal by Carter Savoie after a great set up by former Minnetonka Skippers’ star Bobby Brink.

Minnesota State 5, Minnesota 1 ~ Mavericks rallied back from 1-goal deficit with five unanswered goals of their own from Benton Maass, Reggie Lutz, Ondrej Pavel, David Silye and an empty netter from Brendan Furry to take Minnesota State to its first opportunity at a national title.

National Title Game: Denver 5, Minnesota State 1 ~ Denver scores 5-unanswered goals to roll to a 5-1 victory over the Mavericks, tying themselves for most NCAA Men’s hockey titles ever with nine.