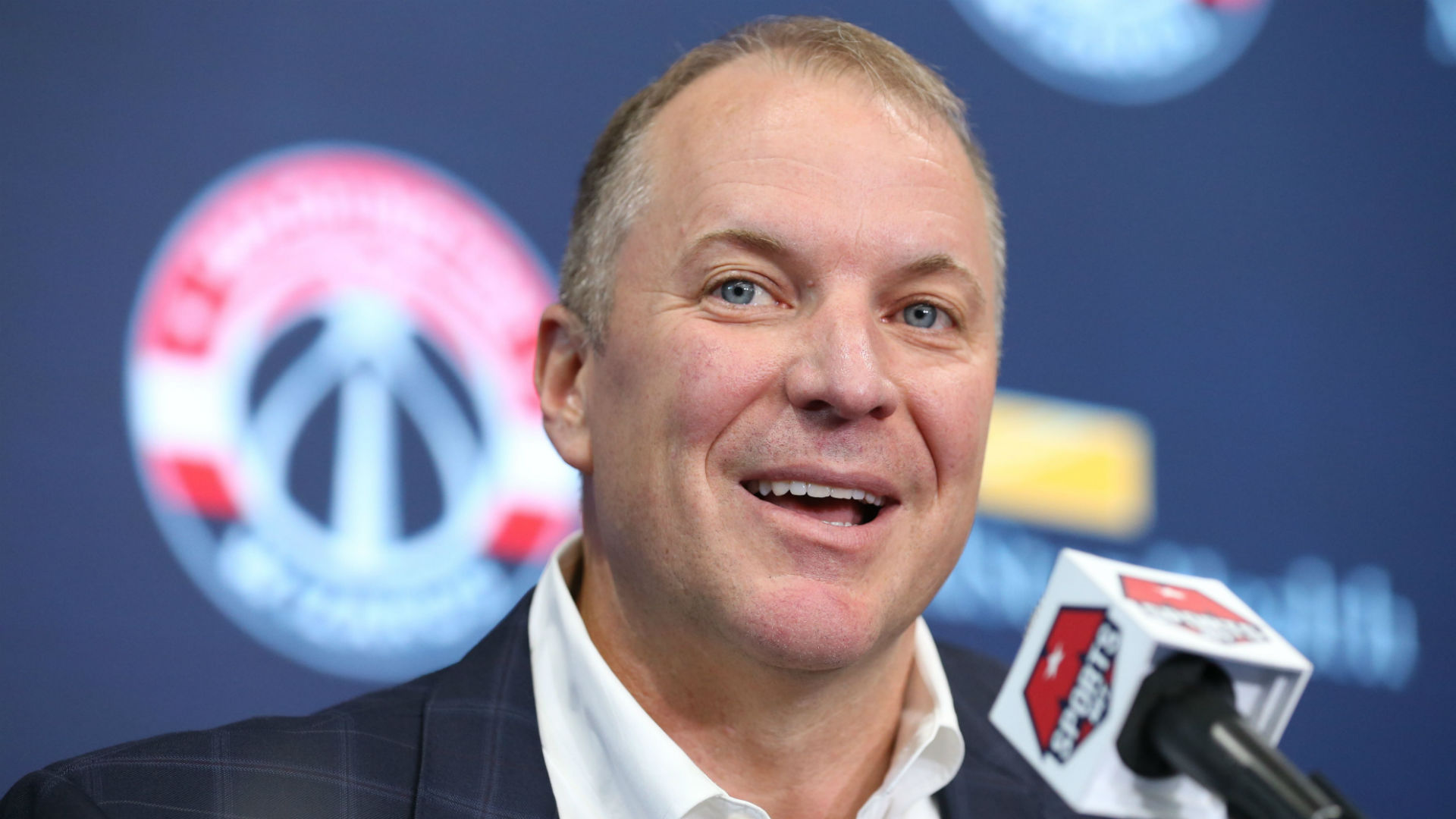 The Washington Wizards begin training camp for the 2022-23 NBA season on Saturday with a Media Day with players the day before on Friday afternoon. Ahead of the annual first day of school ritual, team president and general manager Tommy Sheppard and head coach Wes Unseld Jr. spoke with the media at length on Tuesday to upsell the team they have put together as they look to return to the playoffs and beyond the first round for the first time since 2017.

“I can’t tell you how excited we are with the new season upon us,” Sheppard expressed in an opening statement. “We did a whole lot of changes over the summer, lot of new additions. Really, I think we addressed a lot of needs. We spent the summer really investing time with our players. I couldn’t be more excited and I’m grateful for what’s ahead.”

The Wizards organization is hopeful that the trio of re-signed Bradley Beal, trade deadline acquisition Kristaps Porzingis, and the last remaining piece of the Russell Westbrook trade Kyle Kuzma can be a formidable force in the much improved Eastern Conference. The additions of Monte Morris, Will Barton, Delon Wright, Taj Gibson, and rookie Johnny Davis highlight the tough defensive mindset that Washington wants to be known for after years of underwhelming showings on that end of the court.

“I think all the guys that are new to our roster bring a whole different mentality in terms of their expectations of themselves walking in the door, defining themselves as players,” Sheppard proposed when asked about his declaration three months ago that the team needed more dogs. “They don’t have to tell you about it, they show you. It’s Delon (Wright) locking up people, Monte (Morris) and Will (Barton) being able to play both ends flying around, I’ll plug Taj (Gibson) in there and I’ll also give Johnny Davis some love.”

With a revolving door at the point guard position ever since John Wall’s unfortunate string of injuries, Washington hopes that Monte Morris can be more than a one-year stop gap as he reunites with Unseld from their time in Denver. The Spencer Dinwiddie experiment was short-lived last season partially because of his combo guard scoring inclination instead of a traditional point guard which led to a blurred understanding of roles and responsibilities that ultimately reached an impasse. Unseld does not see that being a problem with Morris.

“I’ve seen some of the immediate impacts already,” Unseld shared about the addition of Morris. “He’s a connector and he’s a guy, I’m not sure how, everyone around the league knows Monte. He does a terrific job ingratiating himself beyond just between the lines. He’s obviously a point guard at heart, I think he’s accelerated his offensive game over the last few years. That showed going from a G League player to a roster guy to a rotation and eventually starter. It’s a great story but he’s the guy that deserves credit. He’s earned and carved out his own way. He prides himself on running the team. That’s going to be a huge benefit to this team because he’s going to know what the group needs at the right time.”

Sheppard and Unseld both preached the desire to translate the depth at each position into a competitive spirit that will hopefully then convey into results on the court, but a similar message was delivered a year ago. The biggest determining factor for Washington’s success or lack thereof in the upcoming season will come down to the quarter of a billion dollar investment in Bradley Beal. Will he return to form as one of the best shooting guards in the NBA that averaged 30 points a game in back-to-back seasons or will the inefficiency on both ends of the court that mired him last year before a season-ending wrist injury stay the course?

“Two years ago, All-NBA player, 30 points a night, gets injured, and has disappeared from the NBA’s radar it seems some days, but he’s still one of the best players at his position in the league bar none,” Sheppard unsurprisingly jabbed at disrespect surrounding Beal as a talent and after securing an easy yet monstrous sized bag.

Entering his fourth season in charge of basketball operations in D.C. and even with receiving a promotion to team president and extension early last season, Sheppard’s seat may start to get warm if the Wizards’ trajectory does not improve. He initially avoided saying the team he has assembled is playoff worthy, but then said that is obviously the intended goal to return to the postseason. Nonetheless, the former public relations staffer left himself some wiggle room like a good politician.

“I certainly think the talent has gotten better, but talent has to go out and perform and that’s all of our jobs to put them in positions to succeed,” Sheppard qualified. “Find out in the winter what you did in the summer. These players are going to have to prove that they are worth what we believe that they are by getting it done on the floor.”

“I think change is necessary when you’re not winning,” Sheppard reasoned the amount of turnover in recent seasons. “You can’t change your destination overnight, you can change your direction by the things that you do. Ultimately, we want to win a championship. To do those things, you can’t skip steps. You’ve got to understand where you are.”

The city of Washington D.C. is certainly hungry for prolonged basketball success not seen in over four decades so for everyone’s sake in the DMV hopefully the Wizards can stay healthy and play to the potential the team brass envisions.

“I really genuinely believe the group of guys that we’ve assembled for this year plus what the coaching staff has done, it’s remarkable to see,” Sheppard elaborated when pressed what makes this team better than years past that have also expressed optimism. “I sleep better at night knowing that each position has a little bit more depth to it. Guys with starter experience coming off the bench gives you a good sense of where we’re headed. … Seeing the growth of our young guys, adding the veteran people, knowing that Bradley is healthy, knowing KP and what he can do, watching Kyle as he gets ready to take another step in his career. It gives us a great sense, great feel.” 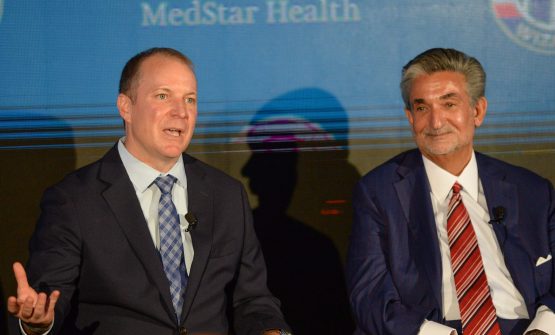 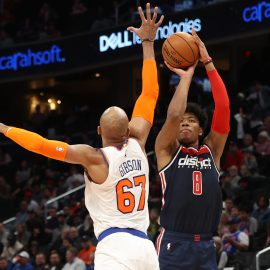 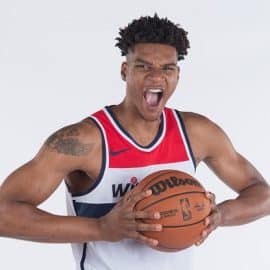 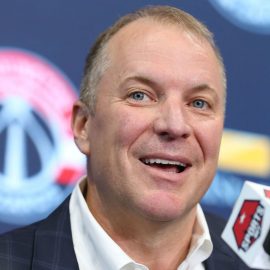 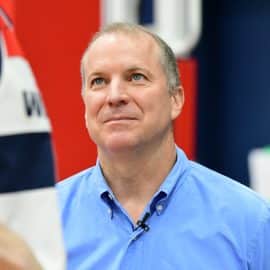