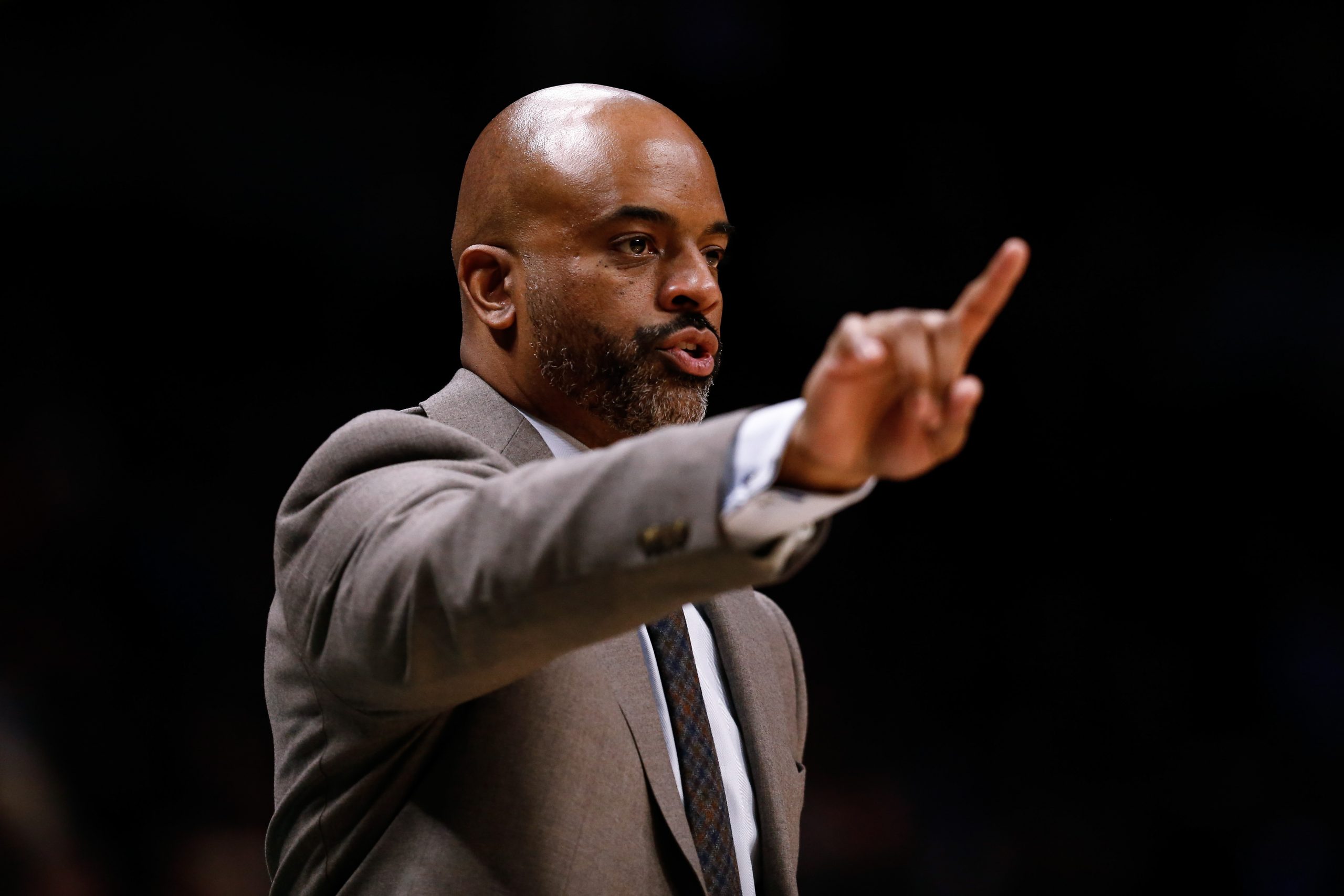 The start of NBA training camps always comes the new school year optimism. It did not take Washington Wizards general manager Tommy Sheppard long to remark, “we’re really excited about the potential for this team” during his media availability to kickoff the season. At the same time in Wes Unseld Jr.’s first season as Wizards head coach, Sheppard cautioned “it takes time for things to coagulate and move forward.” With Media Day on Monday and training camp starting on Tuesday, here are the top quotes from Sheppard and Unseld Jr.‘s availability.

“He’s so calm, very level-headed guy that can deliver a message, can make his point quickly, very easy to understand and his integrity to the game is fantastic. … His communication with Bradley all the way down to Isaiah is so similar. He’s very respectful of the players, loves their input. His ability to give them an idea, a concept and them to go out there and execute it, understand, and be able to replicate it every day, that’s a gift. Something you really have to earn with players and I think he’s earned their respect in the short amount of time they’ve been working together. They know, ‘hey, this guy knows his stuff.'”

On the Wizards’ newfound depth:

“We can talk about who starts games, but really it’s more interesting to me how you finish games and a lot of that will be matchup dictated. Who’s hot, who’s playing well in the fourth quarter.”

On the Wizards’ culture:

“You get the right people, it’s magic and it takes off. I think that the high character players that we have here has created an atmosphere of hard work, accountability, reliability, and just having fun. They really genuinely enjoy coming to work every day with Wes and his staff, I think it’s an extension of that. The best teams are always the ones where they police each other and they demand the most of each other. We can do that and we do do that every day, but the buy in comes from the players and within that locker room. I’ve been really impressed by the leadership of Bradley. Everybody’s assimilation has been fantastic. The environment here is authentic, it’s every day, and it’s correctable when you sense a little bit off. I see a lot of self-policing in guys making sure everyone knows, ‘this is our standard, this is the Wizards way.'”

“Pulling guys to the side quietly and giving them points. He’s never going to be this loud rah rah screaming guy, but when he does speak up everybody listens.”

“Spencer’s been fantastic. He’s been a great addition to our franchise both on the floor, off the floor. He’s a fantastic unique guy that really brings tons of personality to our roster, but out on the floor make no mistake, he’s a heck of a basketball player. High skilled, high IQ, great court vision, capable of guarding multiple positions, makes everyone out on the floor better, is a fantastic leader and that’s definitely somebody who’s going to make a huge impact.”

“He’s doing everything full speed. He hasn’t been jumping in the scrimmages quite yet and I think a lot of that is just being overly cautious to make sure there’s no setbacks.”

With Thomas Bryant not expected back until December at the earliest, per Sheppard, after surgery to repair a partially torn ACL last January, Daniel Gafford is slated to be the team’s opening night starter at center. Montrezl Harrell will be the backup and Sheppard is looking forward to his infectious energy

On adjusting as a head coach:

“The managing of people is probably the biggest hurdle or difference going from lead assistant, associate head coach now into this head coach seat.”

On getting to know Bradley Beal:

“Those initial conversations are no different than any other organic relationship that you would develop with someone you don’t know. It’s a get to know each other. How do you think, what are your aspirations, what inspires you? … To get to know those guys on a personal level, that’s how you build a repoire. Once that foundation is established, you can start implementing some of the work related things.”

“Our job is to compete and put ourselves in the best positon to win nightly. I think we’ll do that, I think these guys are ready to go, they’re chomping at the bit, they’ve put in the time. Starting the season the right way, that sense of urgency, I know it’s been an issue at times. That’s our priority, we want to get off on the right foot.”

“These guys have done an unbelievable job of putting in the work, being available, being here every day. Whether it’s the lifts, the open runs, the individual workouts, they really have and it’s great to see because that’s something you hope you don’t have to teach. So to have them do it on their own is great.”

“He’s multi-faceted, he’s one of the most dynamic offensive players in the game. I think what’s lost is his defensive acumen. He has the ability to do it and I think sometimes the burden for him offensively was so high in past seasons that it took a little bit out of him. But to have the depth, flexibility that we have, it gives him an opportunity to take possessions off on the offensive end so maybe that gives him the legs and energy to do it on the defensive end as well.”