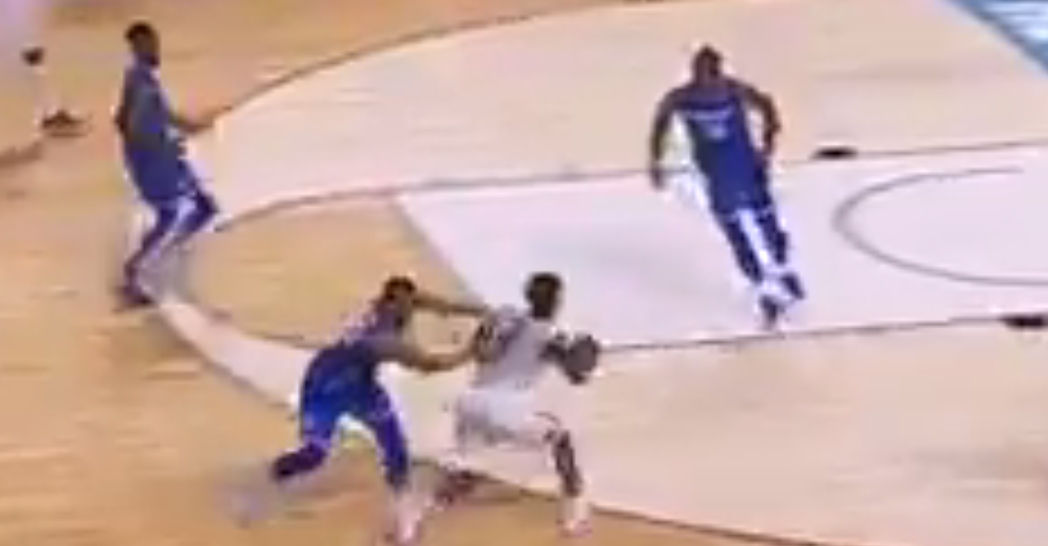 It didn’t take long for an NCAA Tournament game to end in controversy, which is what happened with under a minute remaining in Friday’s Seton Hall-Arkansas game.

The Pirates trailed 72-71 with 18.3 seconds left in the matchup, so obviously, they decided to intentionally foul a Razorbacks player.

Desi Rodriguez gave Jaylen Barford a push to commit the quick foul, but for some reason, after further review by officials, it was deemed that the contact was worthy of a flagrant-1, rather than a common foul.

Here’s the play in question. Does this physical contact appear flagrant in any way?

In what world is this Seton Hall-Arkansas play a flagrant foul? pic.twitter.com/dmPIM5oGrO

Barford drained both free throws, and a Razorbacks player then made 1-of-2. All of a sudden, the game was out of reach, and Arkansas went on to win, 77-71.

The officials went on a power trip with that awful judgement call, and the Pirates got screwed. Here’s what social media thought about it.

Seton Hall made too many mistakes down the stretch, but that flagrant foul call was the abomination of all abominations. Inexcusable. #shbb

The trip was incidental contact & the #SetonHall player made a quick foul. Sad when refs determine outcomes of games w/ a bad whistle.

It really is sad when we see a game end that way. Seton Hall deserved one last possession, at the very least, with a chance to possibly tie or take the lead.