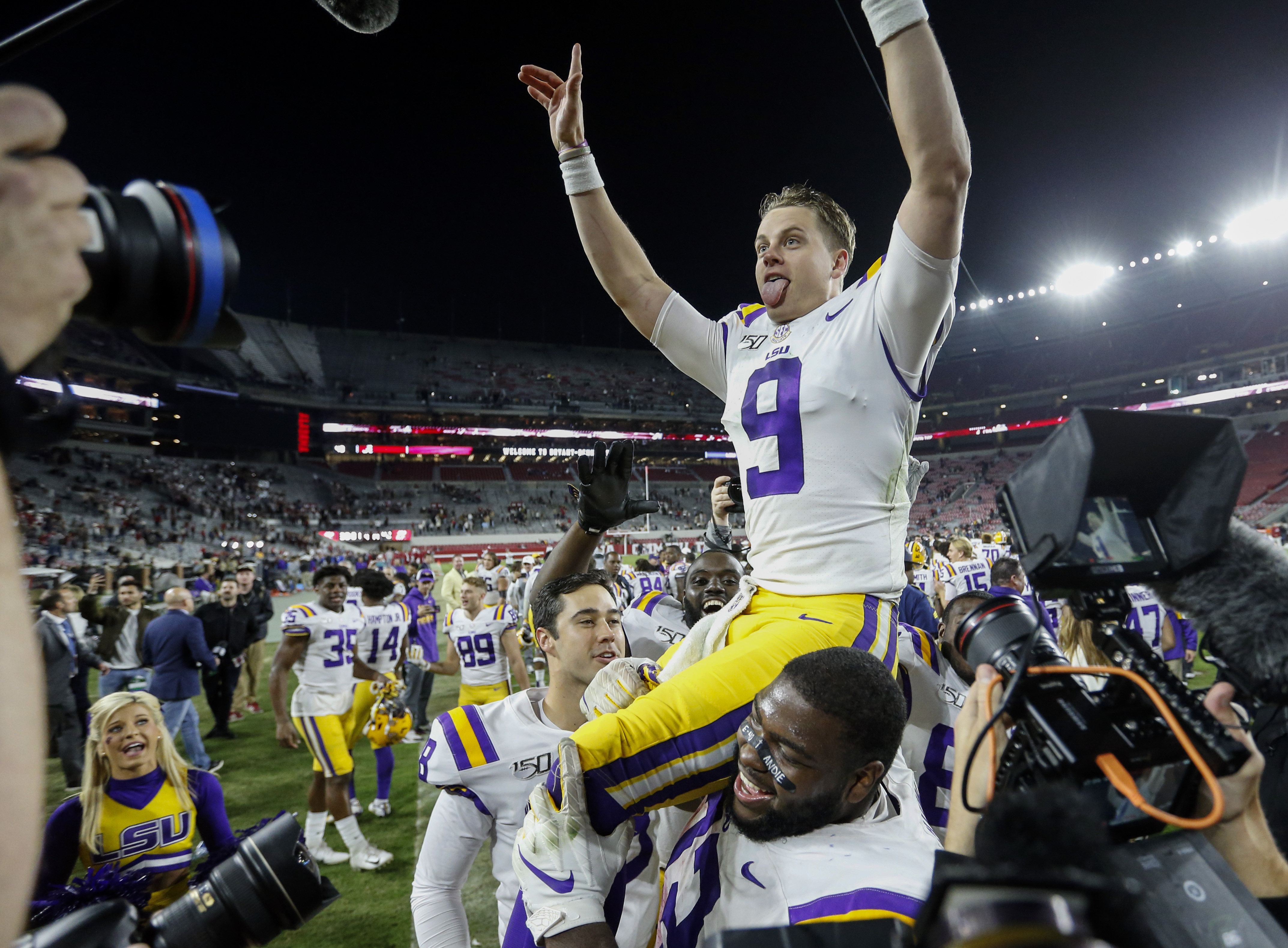 Any doubt about Joe Burrow’s ability to win big games was completely erased on Saturday, when he went into Tuscaloosa and defeated the Alabama Crimson Tide — a feat the LSU Tigers hadn’t pulled off since 2011.

It was the biggest game of Burrow’s career by far, and he rose to the occasion. He proved that he’s a “gamer” as the scouts say, completing 31 of 39 passes for 393 yards (three touchdowns, no interceptions). Burrow couldn’t have played any better, and the senior’s stock has now skyrocketed ahead of the 2020 NFL Draft.

Not only that, due to his decision making, strong arm and great pocket presence, Burrow is already drawing comparisons to Tom Brady from analysts. The most recent football figure to do so is former player/coach, now CBS Sports analyst, Rick Neuheisel.

"That guy is Tom Brady. He is going to be a remarkable NFL player." -Rick Neuheisel on LSU QB Joe Burrow.

Burrow and his camp must be thrilled upon hearing this level of buzz. It’s one thing to make headlines, but Burrow is dominating them, with just a few games remaining in his college football career.