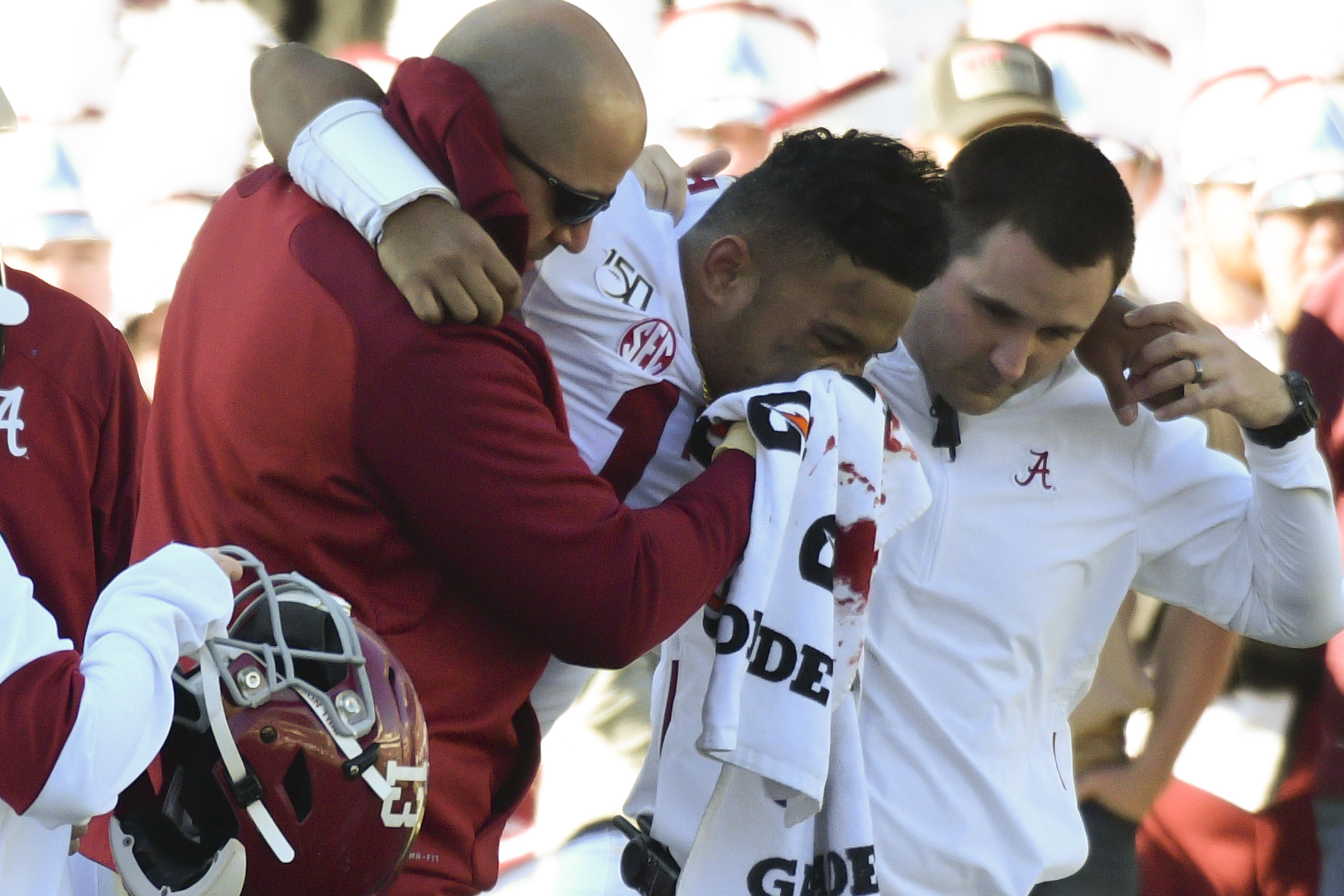 The Alabama Crimson Tide suffered a tough upset loss against the LSU Tigers last week, and their 2019 campaign just keeps getting worse.

Alabama was on track to rebound again Mississippi State on Saturday, enjoying a sizable lead, but star quarterback Tua Tagovailoa exited the game with what appears to be a season (and career) ending hip injury.

It happened in the second quarter, when Tagovailoa was pursued by two Bulldogs defenders, and was tackled hard to the ground by them — landing awkwardly.

Here's what happened to Tua, got injured, carted off.pic.twitter.com/wH2LpQ0crB

He was carted off the field by trainers.

Tua carted off after being unable to put any weight on his leg. Had to be carried into the cart. pic.twitter.com/d5NFkhX1mr

Tua was then airlifted to a local hospital.

Sent to me…Tua Tagovailoa being transported by helicopter to St. Vincent’s Medical Center in Birmingham. pic.twitter.com/yvW4dOCLVZ

And the news is not good.

That may have, unfortunately, been the end of Tua’s college football career. The next steps would be surgery, and then preparing for the 2020 NFL Draft.