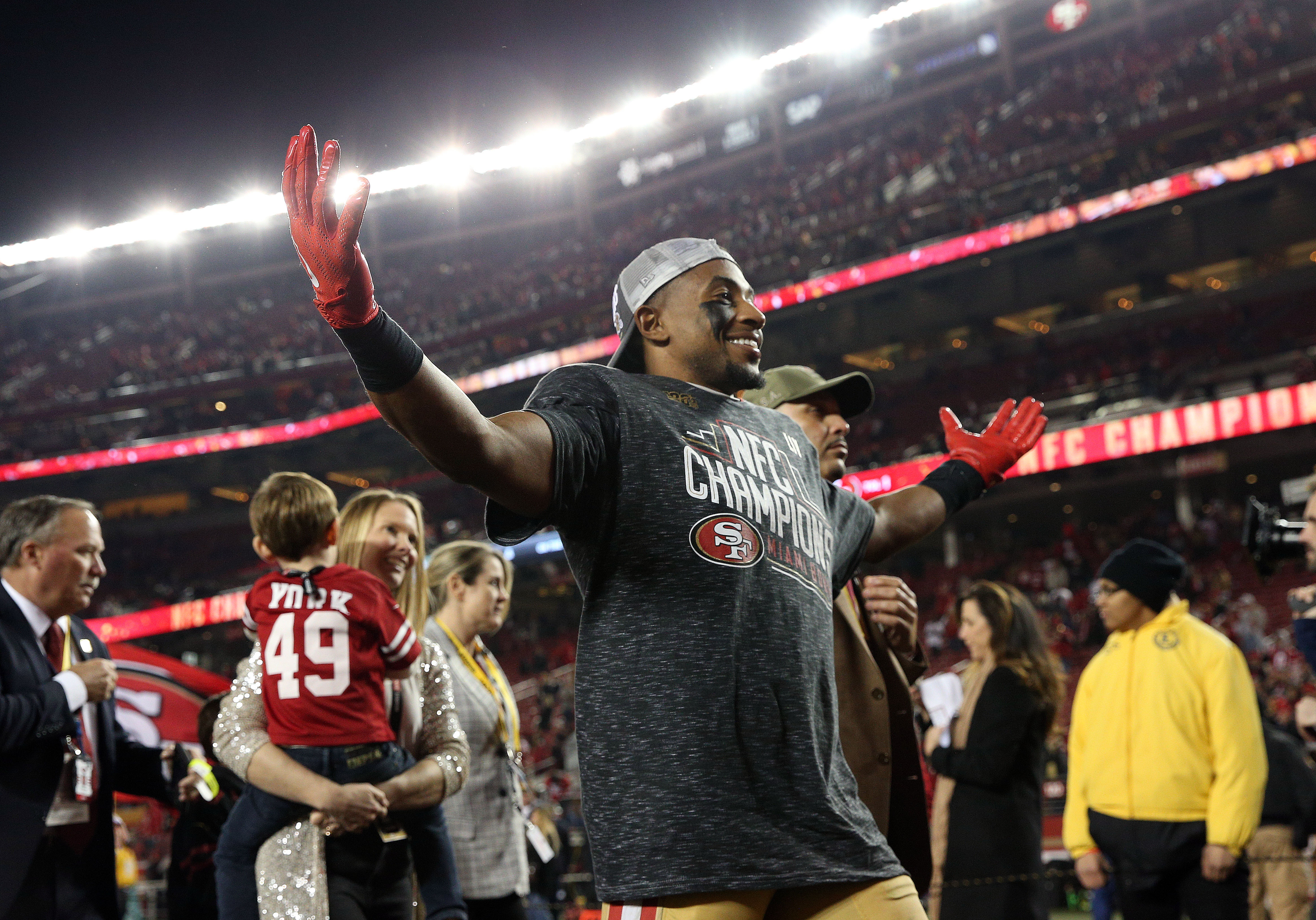 49ers running back Raheem Mostert officially arrived as a dominant threat in the backfield during Sunday’s NFC Championship game, gashing the Packers with 29 carries for 220 yards, with four touchdowns.

Mostert was the straw that stirred the drink in the 37-20 victory, with quarterback Jimmy Garoppolo having to attempt only eight passes, for a paltry 77 yards, yet seeing his team emerge with a win in blowout fashion.

It’s crazy because Mostert was previously cut by six other NFL teams in the past 18 months, yet Kyle Shanahan and Co. gave him a chance, and it’s worked out extremely well for the 49ers. Mostert sent a message to all the other teams that passed on him after Sunday’s win.

“You know, I did have a lot of doubters and naysayers, and now I get to actually tell them look at where I’m at now,” Mostert said, via Pro Football Talk. “I never gave up on my dream. I never gave up on the opportunities when it presented itself. And I always worked hard no matter what. And it’s crazy that I’ve been on seven different teams.

“I actually still have the cut dates. And I look at that before every game. I look at the cut dates when I got cut. I’ve been on, like I said, seven different teams. The journey’s been crazy. Not even — not everybody can deal with that type of stress and pain and agony that I went through.”

Those teams must be kicking themselves right about now.