Nick Saban cautions NFL teams not to pass on Tua Tagovailoa, as he made a similar mistake when he whiffed on Drew Brees 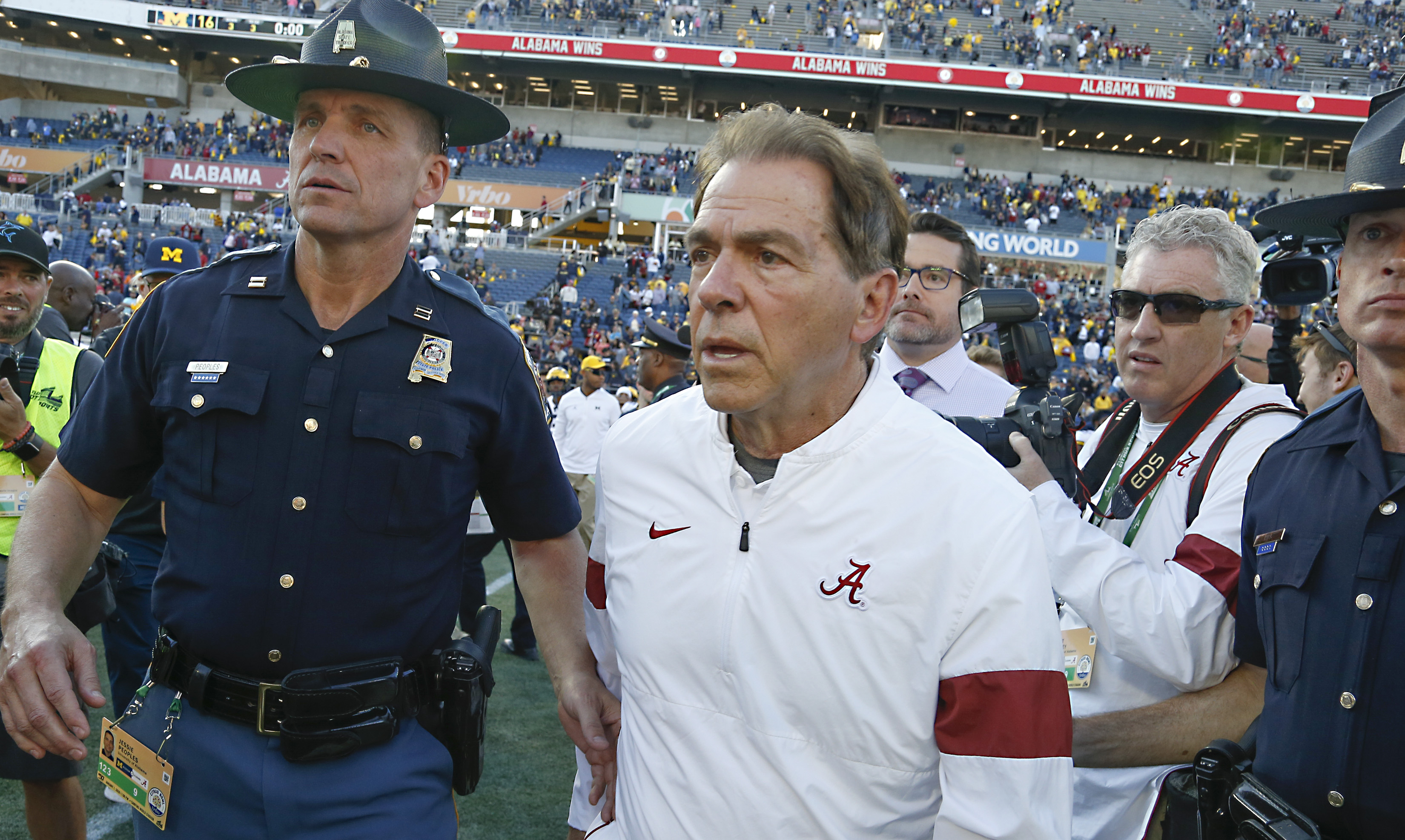 Nick Saban cautions NFL teams not to pass on Tua Tagovailoa, as he made a similar mistake when he whiffed on Drew Brees

Alabama head coach Nick Saban may be one of the best that the college football world has ever seen, but his (short) time in the NFL was quite a different story.

Saban lasted only two years (2005-06) as the Dolphins head coach, and there’s one major reason why. The decision to pass on drafting Drew Brees was a major mistake he never really recovered from, and it’s a decision he’s never really been able to live down when his name comes up in NFL discussions.

Even Saban himself regrets it, and he hopes that NFL teams won’t make the same mistake with a quarterback prospect he knows inside and out — Tua Tagovailoa. Saban shared his thoughts with Andrew Beaton of the Wall Street Journal.

“We failed Drew Brees on the physical,” Saban said. “That’s why he’s not Miami’s quarterback.”

He then likened his Brees decision to how NFL teams that pass on Tua will feel.

“The sky’s the limit,” Saban said, of Tagovailoa. “I don’t think any of the questions with Tua have to do with his ability to throw the ball and be effective.”

The talent and high football IQ are clearly there, but the medical issues are such a big red flag, that we won’t be surprised if Tagovailoa falls down teams’ draft boards.