College Football Hall of Fame in Atlanta damaged by protesters 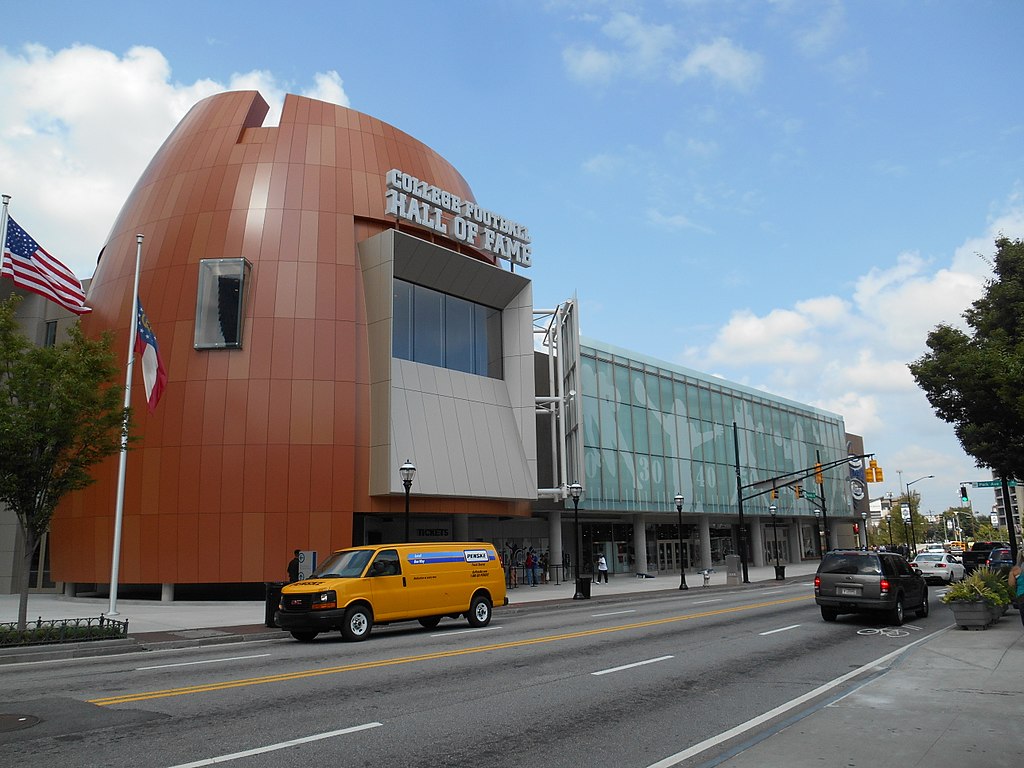 College Football Hall of Fame in Atlanta damaged by protesters

Those protesting the murder of George Floyd have done a significant amount of damage to buildings in the United States this past week. On Friday, the College Football Hall of Fame in Atlanta suffered significant damage.

According to Mark Schlabach of ESPN, protesters smashed the front windows of the museum and looted the gift shop. The inappropriate actions by the protesters were immediately condemned by Atlanta Police Department Sargeant John Chafee, Atlanta Mayor Keisha Lance Bottoms, and Georgia Governor Brian Kemp. In fact, Kemp has declared a state of emergency and the National Guard has been brought to Atlanta to stop the violence.

People are protesting in mass numbers throughout the United States because of the despicable actions of the Minneapolis police force on Monday. During an arrest of 46 year-old African American George Floyd, Minneapolis police officer Derek Chauvin knelt on Floyd for a minimum of seven minutes. During this time, Floyd informed the officer that he could not breathe. On Friday, Chauvin was arrested with third-degree murder and manslaughter. However, a major reason for the continued protests is because there were three other police officers at the scene as the hideous crime by a person with authority and those officers have not yet been charged.

The College Football Hall of Fame is located at 250 Marietta Street NW in Atlanta. It is located near many of the protests were happening. The museum was built in 2014 and is 94, 256 square feet, and cost $68.5 million to build. The museum is also located near Centennial Olympic Park, which was the site of one of the most horrific acts of terrorism in Olympic history. On July 27, 1996, during the Olympic Games in Atlanta, two people were killed and 111 others were injured when the Centennial Olympic Park was bombed. Atlanta police initially falsely implicated Richard Jewell, which led to a movie titled “Richard Jewell.” It would not be until 2005, nine years after the bombing, that Eric Robert Rudolph pleaded guilty to the evil act.