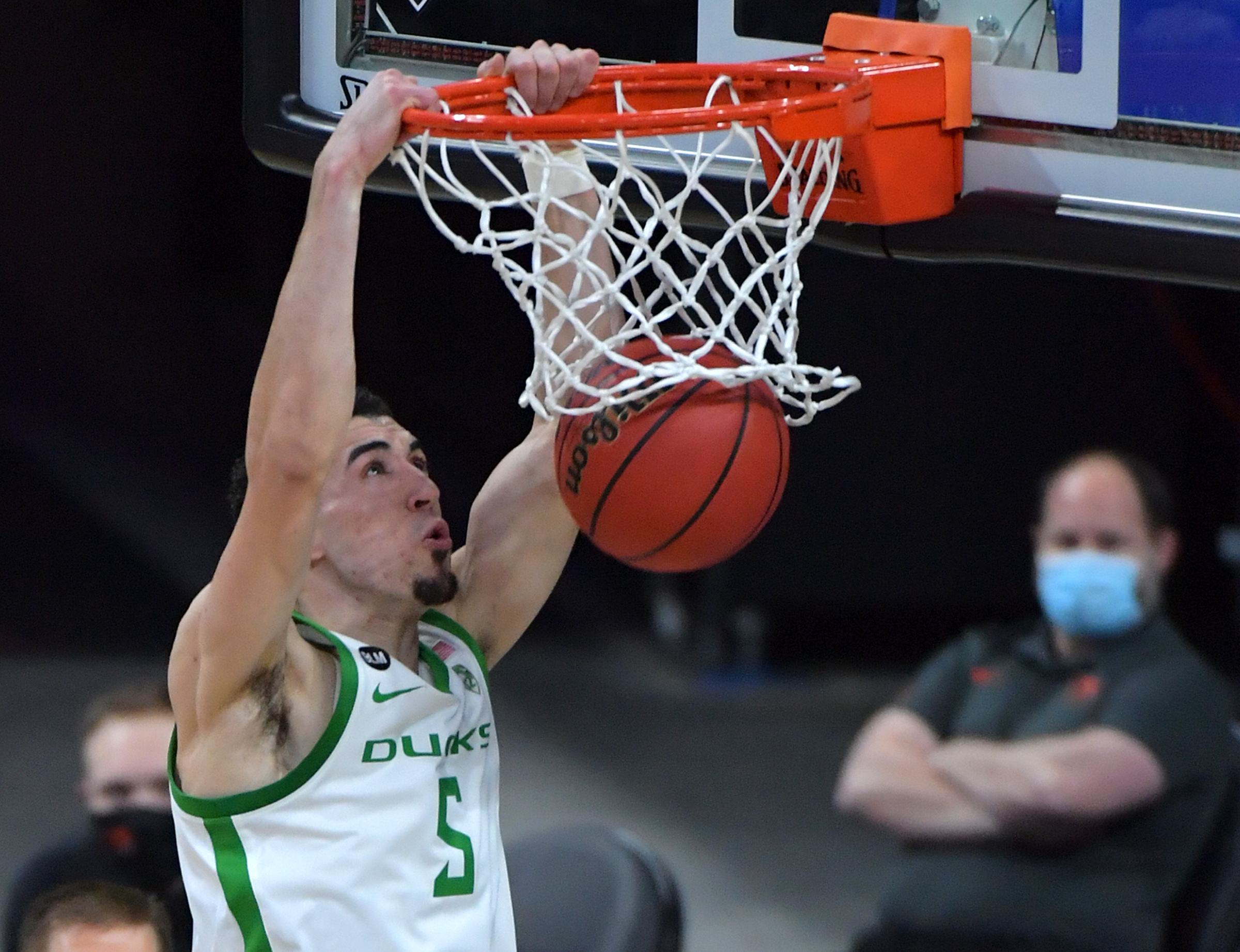 We now know the final 16 teams of March Madness for 2021. This year’s National Collegiate Athletic Association Men’s Basketball Tournament in Indiana, continued with its uniqueness on Monday as the second round came to its conclusion on a weekday for the first time in recent memory.

Both of these games had similar themes. The Hawkeyes and Jayhawks each had a horrible defense, and allowed the Ducks and Trojans to score with absolute ease. The Ducks had a remarkable 56 first-half points en route to their convincing 15-point win. Ducks guard Chris Duarte of Montreal, Quebec, who was raised in the Dominican Republic, led the Ducks with 23 points.

Sure, Luka Garza of Washington, D.C. led the Hawkeyes with 36 points, but the Ducks were able to shut down three Iowa starters (Jordan Bohannon, CJ Fredrick, and Connor McCaffery), who registered a combined total of zero points. In the second half, the Hawkeyes had a better defense than the first half, but were still outscored 39-34.

The Jayhawks meanwhile were horrible defensively and offensively as a unit. The Trojans had five players in double digits in scoring, led by Isaiah Mobley, who had 17 points. The Jayhawks only scored 21 first-half points, as they trailed the Trojans by 19 at the half.

Games will resume on Saturday with the sweet sixteen. There, we will see Houston play Syracuse, Arkansas play Oral Roberts, Baylor play Villanova, and Loyola Illinois playing Oregon State. Then on Sunday, we will have Gonzaga playing Creighton, Michigan playing Florida State, Alabama playing UCLA, and USC playing Oregon State. What makes the Sweet Sixteen so special this year is that games are staggered throughout the day, so fans do not have to watch two games at once.