Clippers use depth to defeat Rockets 115-112 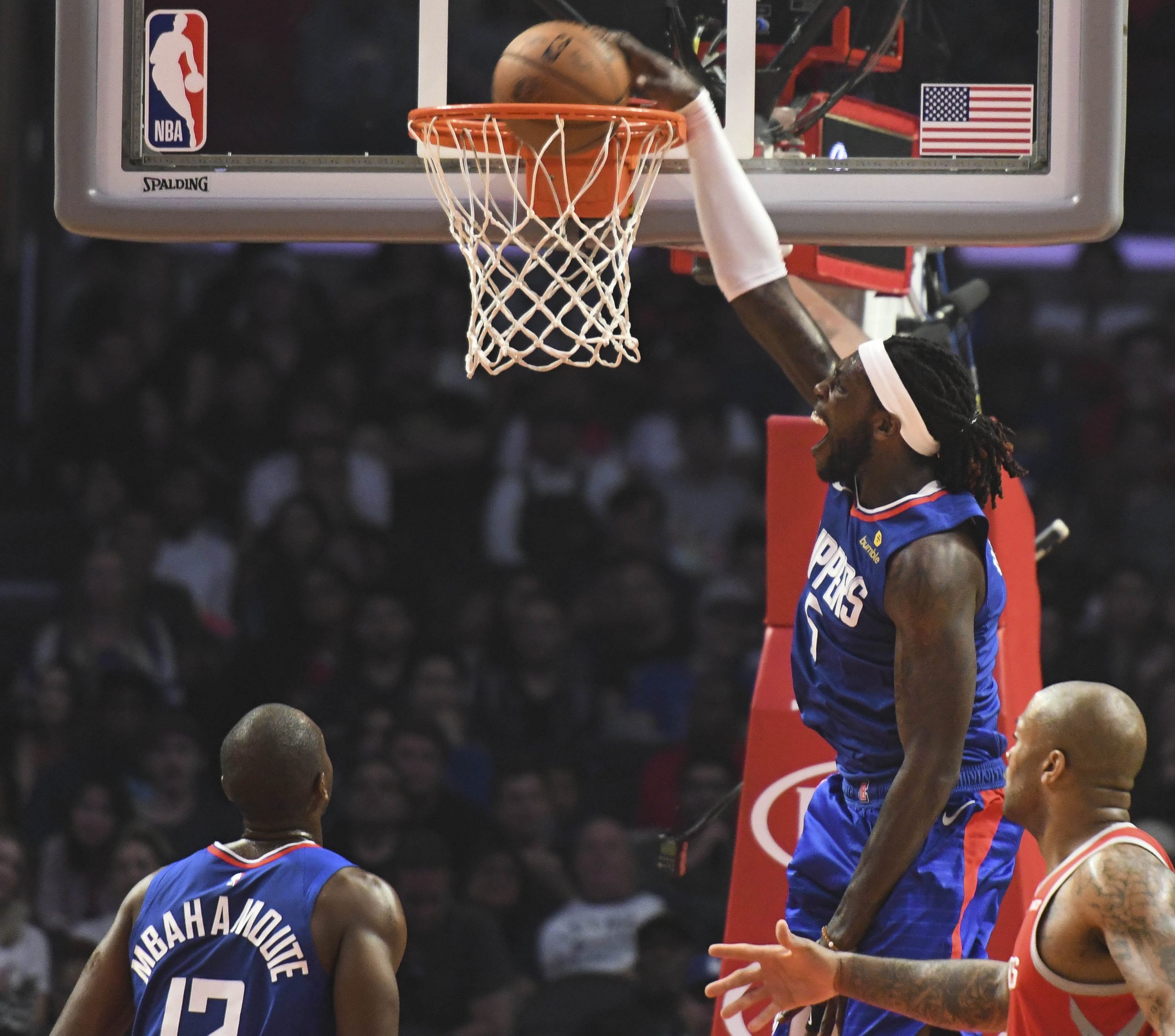 For the third time straight, the Clippers closed the game with a different lineup. The only thing that’s for sure about this Clipper team, is that you can never be sure who is going to step up. If it sounds stressful from a coaching standpoint, it really is for head coach Doc Rivers.

“I don’t think I have had more debate on the sideline in my coaching career, I am not exaggerating. Trying to figure out the right defensive-offensive lineup to play was tough.”

There’s a deepness to this Clipper team that makes them hard to scout. When healthy, they can finish a game with a rotating door of offense & defensive guards & forwards, each with their own specialty. The team variation and chemistry is something Danilo Gallinari takes pride in.

“We’re very deep and it’s something we can bring every night. I think that we can change so many lineups, and our chemistry is very good in so many different ways.”

Despite the variation, one of the constants about this team is that Shai Alexander has been playing heavy minutes. In the past three games, he’s played at least 23 minutes, and was used in crunch time moments. Shai approaches the game with a confidence and composure you don’t see from most rookies, and it shined last night. There were stretches were Shai successfully took Harden & Carmelo 1 on 1, using his craftiness to get to the rim.

Shai’s composure is something that his Clipper teammates see tremendous value in. He’s closed the last two games with Lou Williams, and the reigning Sixth Man of the Year has seen firsthand what Shai brings to the table.

“Shai is easy to work with. He listens, is open to criticism, and the thing that helps with his learning curve is that he just goes out there and plays hard. He plays hard and creates things that put you in a great space.”

Lou Williams (@TeamLou23) on his relationship with Shai Alexander (@shaiglalex): Shai is easy to work with. He listens, is open to criticism, and the thing that helps with his learning curve is that he just goes out there and plays hard." #Clippers #ClipperNation pic.twitter.com/OXMTI99Bli

LA ended up defeating the Houston Rockets in a tightly contested game 115-112. It was a game filled with 18 lead changes, 8 ties, and no lead bigger than 11 points. While the Clippers don’t have a perfect record, they’ve started the season better than most expected, with wins against the Houston Rockets and Oklahoma City Thunder. What lies ahead are 5/6 games on the road, and another make or break situation for the team.