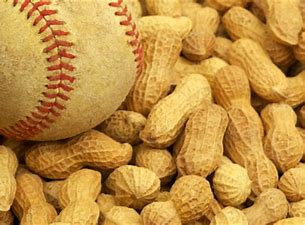 As the 2021 off-season kicks into cruising gear, Major League Baseball’s two top power Divisions will shift into super-overdrive to prepare for 2022: the American League East and the National League West.

And the other Divisions?

The AL Central looks like all Chicago White Sox from next April to September, unless Detroit breaks out of their rebuild early. By the way, the Tigers are almost in position to do just that.

The AL West continues to be the Astros’ turf with a touch of Seattle Mariners on the side. And even if they reboot their roster yet again, never count the Oakland A’s out.

What the hapless LA Angels of Anaheim Angels desperately need is… (hint: it’s what we say they’ve needed each year for the past ten years) “starting pitching”. Their recent pick up of free agent RHP Noah Syndergaard on a $21 million deal further illustrates how ineptly the inept Angels front office continues to spend their owner’s money.

Syndergaard has pitched just two innings the past two years after recovering from Tommy John surgery. Since Syndergaard declined the $18.4 million qualifying offer from the Mets, by signing him the Angels will lose their second highest draft pick in 2022—valued at about $5 million.

So in reality, Anaheim just spent $26 million on a pitcher they may get 100-125 innings from, and who will be a free agent the following year.

Now that takes inept to a very lofty level.

Besides the World Series winning Atlanta Braves, the rest of the NL East is a sorry hashtag of mishmash. The Phillies and Mets can’t seem to get anything right and the Nationals have naturally regressed. The Florida Marlins appear to be in year thirteen of their twenty year rebuild.

In the NL Central there are only two relevant teams now: the St. Louis Cardinals and Milwaukee Brewers, one of whom will win the Division and then lose to the Dodgers in the playoffs.

Which leaves the mighty AL East and NL West.

In the American League East the New York Yankees will soon open their impressive piggy bank to pick up one of the available premier shortstop free agents, with Corey Seager looking like the favorite. But New York can’t stop there.

Their issues at catcher, center field, and third base also need attention, and adding a solid starter would also be the smart play. (When is adding another starter ever not the smart play?)

The Blue Jays’ time is now. All over again. If there was ever a team ready to break out and dominate the upcoming 2022 season it’s the Jays.

Last season their team pitching WHIP was 1.12– tied for 4th in the AL with the Houston Astros. Toronto scored 846 runs, 3rd in the AL, and led the League in team slugging (.466) and OPS (.797). Their young core of dominant position players is a juggernaut of talent bursting at the seams.

So it’s all on ownership and the front office to step up and tweak one area that could stand improvement: their bullpen, which put up a 1.28 WHIP and a 4.08 ERA (both 5th in the AL).

Shortstop Wander Franco is emerging as a potential League MVP, and the Rays are rated first among all MLB teams in organizational rankings (Baseball America). The pitching talent they have emerging over the next several years is breathtaking.

Boston fell short in 2021 but has the resources (i.e., $) to make a strong push for a 2022 playoff slot. As always, pitching is the key for Boston to succeed.

The 2022 version of Baltimore will be much like the Baltimore that finished last season with a 52-110 record. Call me crazy, but I’m predicting they have the chance to reach 50 wins in 2022. And there’s always a fascinating hook even with the poorest performing MLB teams.

In this case it’s rookie catcher Adley Rutschman, rated as the #1 prospect in MLB, who will be making his big team debut in Baltimore early next season. Which will be something to see.

The National League West will not be anything like last season’s NL West. From top to bottom.

When the 2022 season begins, the Los Angeles Dodgers will again be pegged as the best team in baseball. After their injury-plagued September and October, the 2020 World Series winners’ second place finish in the NL West and elimination by the Braves in the NLCS was a disappointment.

They will be without several key players, but expect the expert Dodger front office to reassess and fully redesign a campaign that puts them on track to win the 2022 World Series.

The San Francisco Giants may be the most intriguing team to follow the first half of 2022.

Their amazing 107 wins in 2021 gave notice that the Giants are post season ready a year or so earlier than expected in their franchise-wide rebuild.

Gone are catcher Buster Posey and the team’s top starter, Kevin Gausman. We’ll see the national baseball media watching and waiting for the Giants to fail next season—just the way the media spent all of last season.

President of Baseball Ops Farhan Zaidi will make that wait a long one in 2022. San Francisco has created very effective player development templates for pitchers and hitters, whether they’re rookies or veterans. This off-season they’ll also have nearly $80 million in freed up player contract money to take on any free agents available.

Give credit to San Diego PBO A. J. Preller for snagging Oakland A’s manager Bob Melvin to lead the 2022 Pads. Given the level of talent on the team’s 40-man roster, and a number of upcoming talented rookies, will that be enough to put the Padres in serious contention next season? Well, yes, it certainly will.

For the 74-87 Colorado Rockies there is good news—they have a new General Manager in Bill Schmidt, who takes over from Jeff Bridich. But if there is one MLB franchise that can accurately be described as “upside down” it is Colorado.

Their poor decision-making processes, their inability to create a sustained strategy for the organization, and virtually all of their player trades the past five years are equally bad and equally baffling. Ownership seems to routinely alienate their best players and then pretend that there is actually some hope of winning at the start of each season.

Breaking news: There is no hope to be seen anywhere on the Rockies’ hamster-powered radar screen.

The Arizona Diamondbacks were picked by many (including me) to finish above the San Francisco Giants in 2021, with a .500ish record. Instead they tied the Baltimore Orioles for the worst 2021 MLB record at 52-110. So much for -ish. New pitching coach Brent Strom will hopefully bring that Houston Astros winning vibe to the Dbacks pitching staff and their NL worst 5.11 ERA.

Baseball 2022 will be all about the AL East Coast and NL West Coast power Divisions, which is just the way the national television media wants it. And since they pay the lion’s share of all MLB team revenues, well… just about everyone is happy.