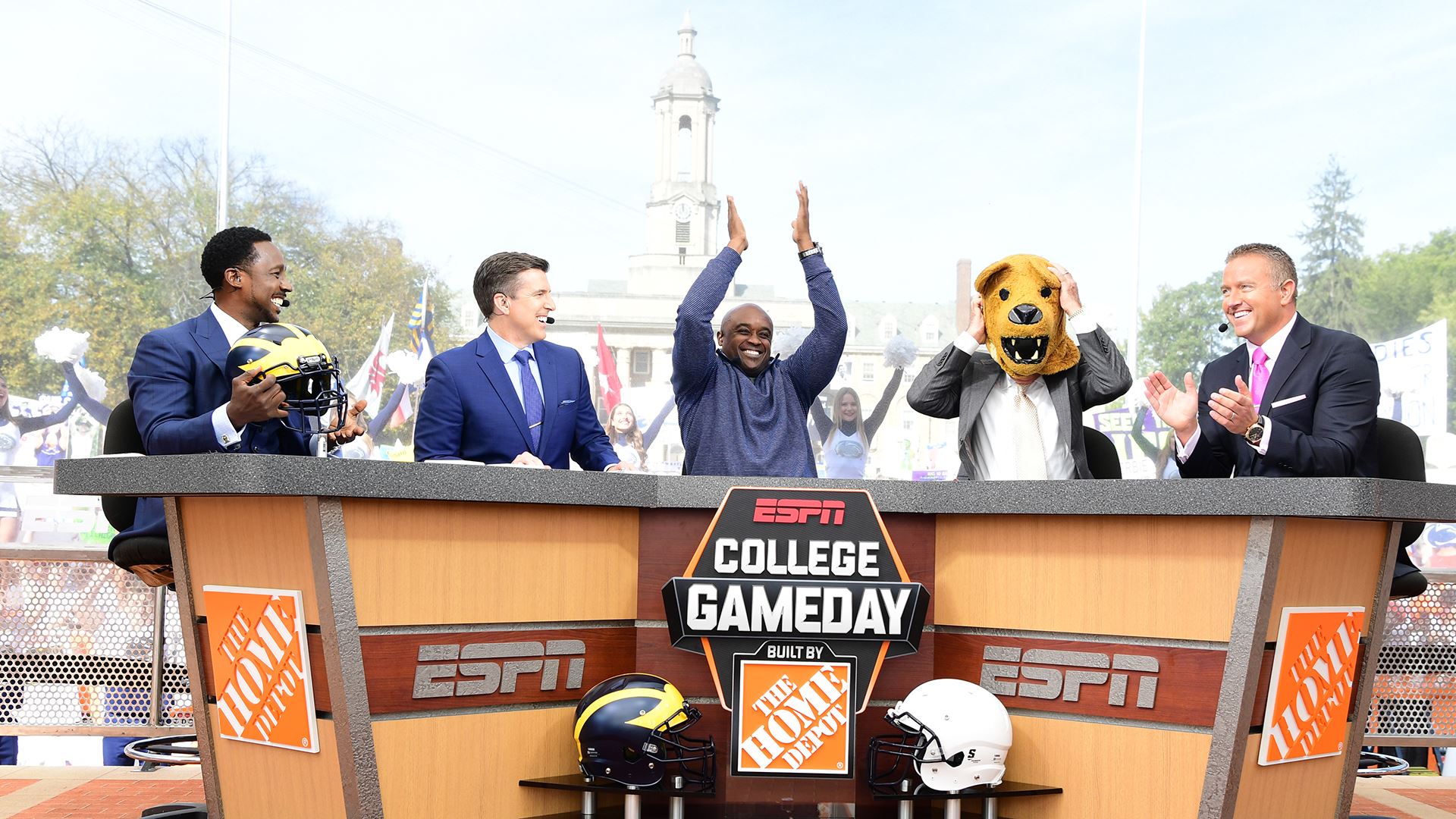 They’re comin’ to your (Happy) Valley!

After holding off to see Penn State polish off Iowa Saturday night, ESPN announced College GameDay is heading to State College next Saturday.

Penn State’s whiteout game will get the College GameDay treatment next Saturday. The home game in primetime against Michigan will be the main attraction for ESPN’s traveling pregame show.

This will mark the third consecutive season GameDay has made its way to University Park, Pennsylvania. GameDay made the trip to Penn State for last season’s game against Ohio State and for the Michigan game in 2017.

Penn State has previously played in a game highlighted by GameDay a total of 19 times but Penn state is just 7-12 with GameDay in town, either home or away. This will be the seventh time Penn State has hosted GameDay.

GET LOCKED ON NITTANY LIONS

We’ll discuss College GameDay coming to Penn State this week on Locked On Nittany Lions. Who do you think should be the guest picker? Subscribe to the podcast in iTunes, Spotify, Google, Stitcher or iHeart Radio.