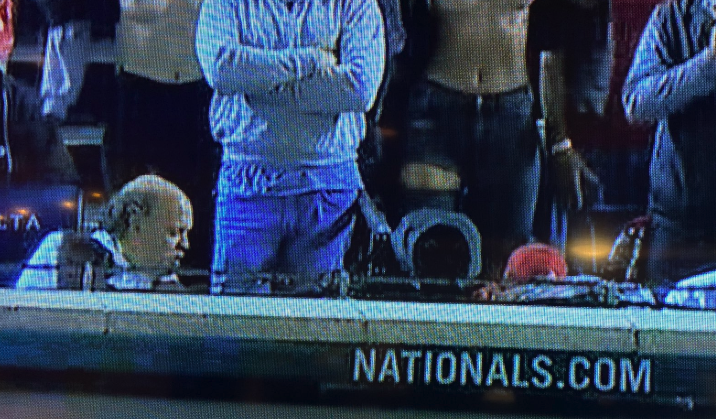 Two Nationals fans did all they could to go viral during Game 5 of the World Series on Sunday night, and they sure appeared to do exactly that.

The fans were spotted behind home plate at Nationals Park, and they got a bit frisky during the seventh inning, when they tried to sneak in some camera time.

Sure enough, they succeeded.

The two women were next to one another, when they decided to flash the entire world. The screencap and GIF can be seen below, but please be advised that they are not safe for work.