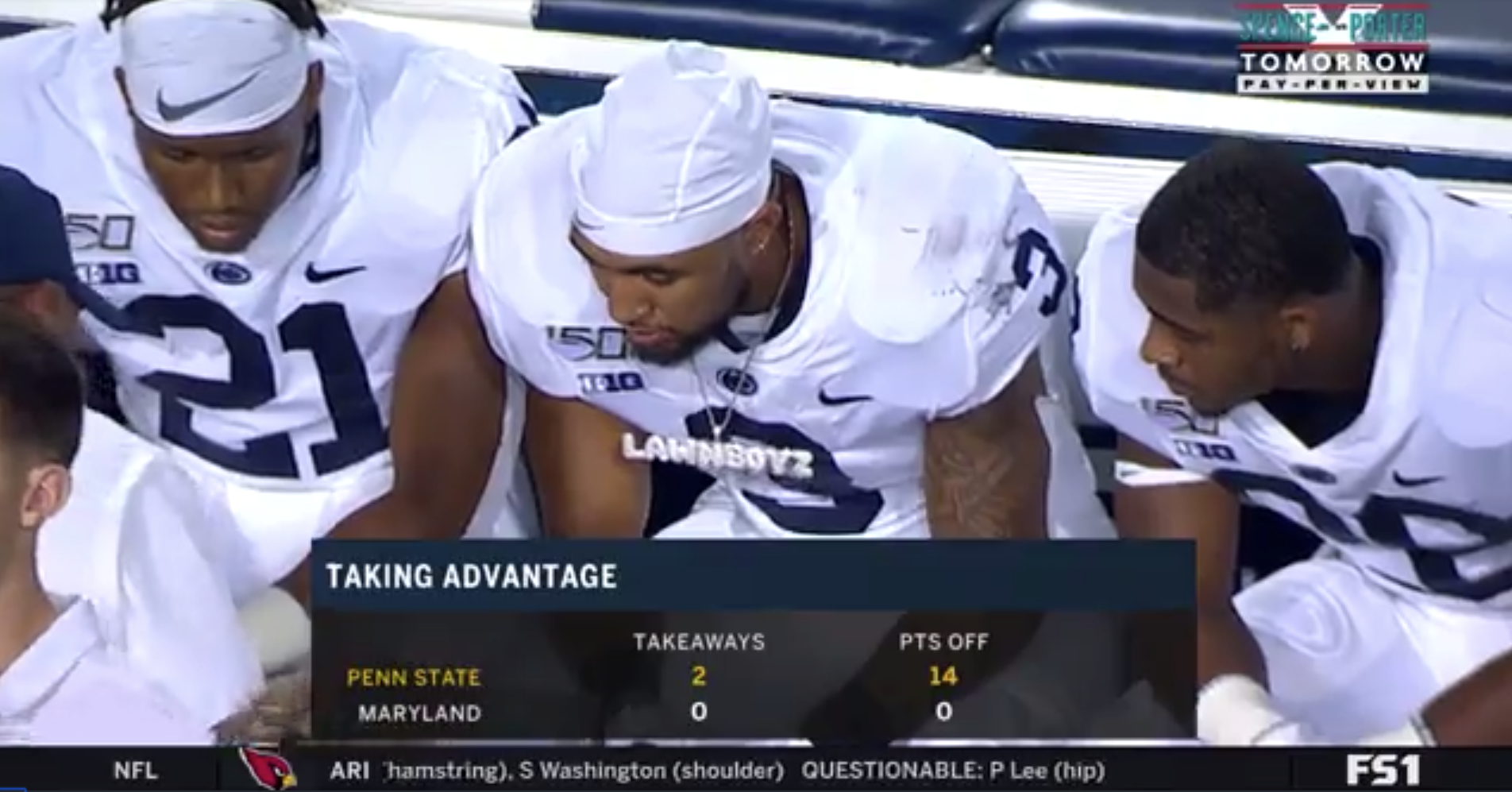 Penn State has had a pretty good string of running backs coming through the program in recent years. Saquon Barkley was the NFL’s rookie of the year last season and Miles Sanders is coming off the best performance of his young career with the Philadelphia Eagles Thursday night. Penn State’s running back group is still a strength of the team this season, and on Friday night in a rout of Maryland, they got to show off some of their own swagger and swag.

After running for a short touchdown run in Penn State’s 59-0 victory at Maryland, Ricky Slade was seen sitting on the sideline with a “Lawn Boyz” chain around his neck. Penn State’s running back group refers to themselves as the lawn boyz because they take care of business on the ground.

Penn State racked up 198 rushing yards on Maryland with five touchdowns split between four different players. Quarterback Sean Clifford had one of the rushing touchdowns to go with his stellar passing night (26-of-31 for 398 yards and three touchdowns), and Will Levis punched in two of the scores himself once he entered the game. Slade and Journey Brown each scored a touchdown on the ground and Brown added another with a reception.

Check out the Locked On Nittany Lions Podcast! The podcast re-launches on Monday, Sept. 30 with final thoughts from Penn State’s big win against Maryland! Follow on Twitter @LockedOnNittany!