Madison Bumgarner lists Phillies on no-trade list. Here’s why that’s a good thing for the Phillies 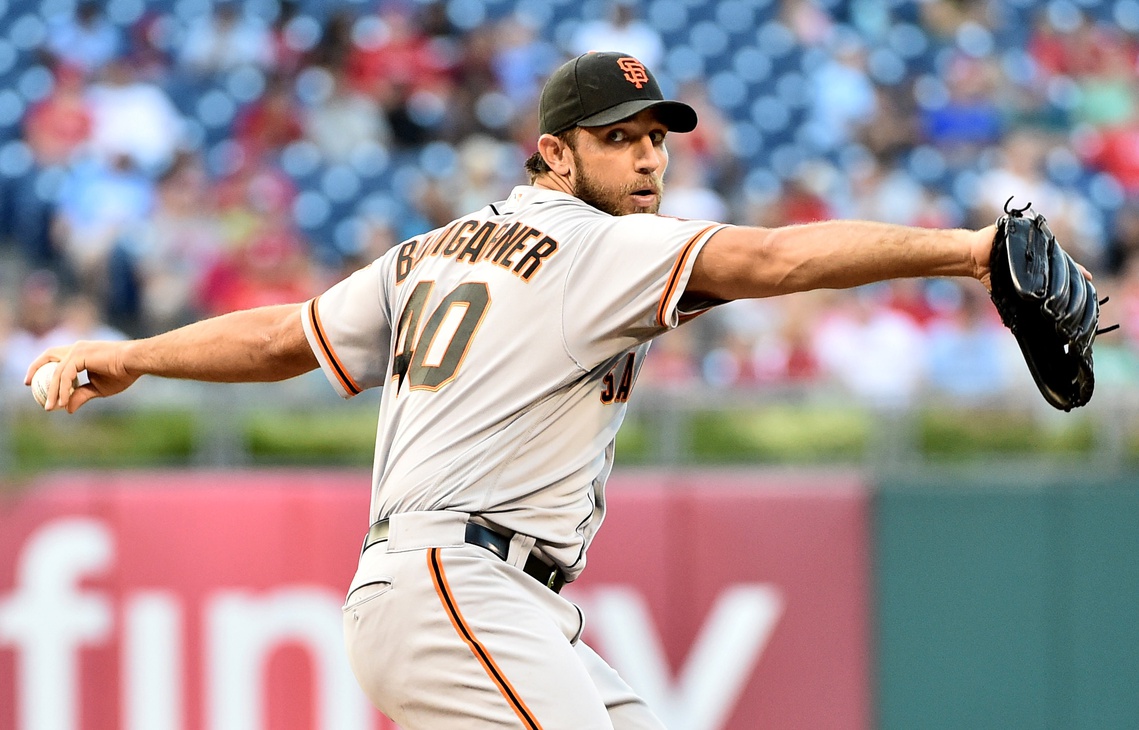 Typically, when a veteran baseball player puts together a no-trade list as part of his contract, he does so to list the teams he doesn’t want to play for. So when news came across my timeline that San Francisco Giants pitcher Madison Bumgarner had listed the Philadelphia Phillies on his no-trade list, I felt a little down.

But then I saw the other teams on the list. The Atlanta Braves. The Boston Red Sox. The Chicago Cubs. The Houston Astros. The Milwaukee Brewers. The New York Yankees. The St. Louis Cardinals.

What gives? Why would a player the caliber of Bumgarner, who is known for how he competes in October in a World Series run choose to list so many title contenders on his no-trade list?

As it turns out, as reported by Ken Rosenthal, Bumgarner is using his no-trade list as a strategic way to dictate his possible future.

Bumgarner chose teams strategically; list comprised solely of contenders that might want to acquire him from #SFGiants, not teams he wants to avoid.

As noted by Rosenthal, Bumgarner listing these eight teams on his no-trade list actually gives Bumgarner more power over deciding where he is potentially traded. The Giants aren’t likely to be a factor in the postseason picture this season and Bumgarner is about to head to free agency. Odds are, the Giants will be moving Bumgarner and there are plenty of contenders who could use his services on the mound. That includes the Phillies, who just placed Vince Velasquez on the injured list today.

If the Giants work out a trade deal with any of these eight teams, Bumgarner can now decide if it is a contender he wants to play for. For example, if Bumgarner feels he has a better chance to win with the Cubs than the Brewers, Bumgarner can turn down any possible proposed deal San Francisco makes with Milwaukee if the Cubs are making a run for Bumgarner too.

That said, #SFGiants’ Bumgarner should be motivated to approve a trade: Any potential free agent traded in middle of season is ineligible for qualifying offer and exempt from draft-pick comp. List, however, gives him measure of control – if, say, he prefers #Braves to #Phillies.

Further explanation on Bumgarner: Players include contenders on their no-trade list to gain leverage if a trade agreement is reached, NOT because they have no interest in winning.

More context on Bumgarner: His contract allows him to reject trades to eight teams. The eight I reported are the ones he can block. He can still approve trades to those teams, but generally players want some form of compensation to waive their no-trade protection.

So how do the Phillies fare here? Obviously, this remains to be seen, but it is pretty obvious that adding a pitcher like Bumgarner would be a nice boost to the starting rotation. Bumgarner having the Phillies on his list at least shows he is open to the idea of putting on the red pinstripes in the second half of the season, and that’s encouraging.

Should the Phillies make a run for Bumgarner?