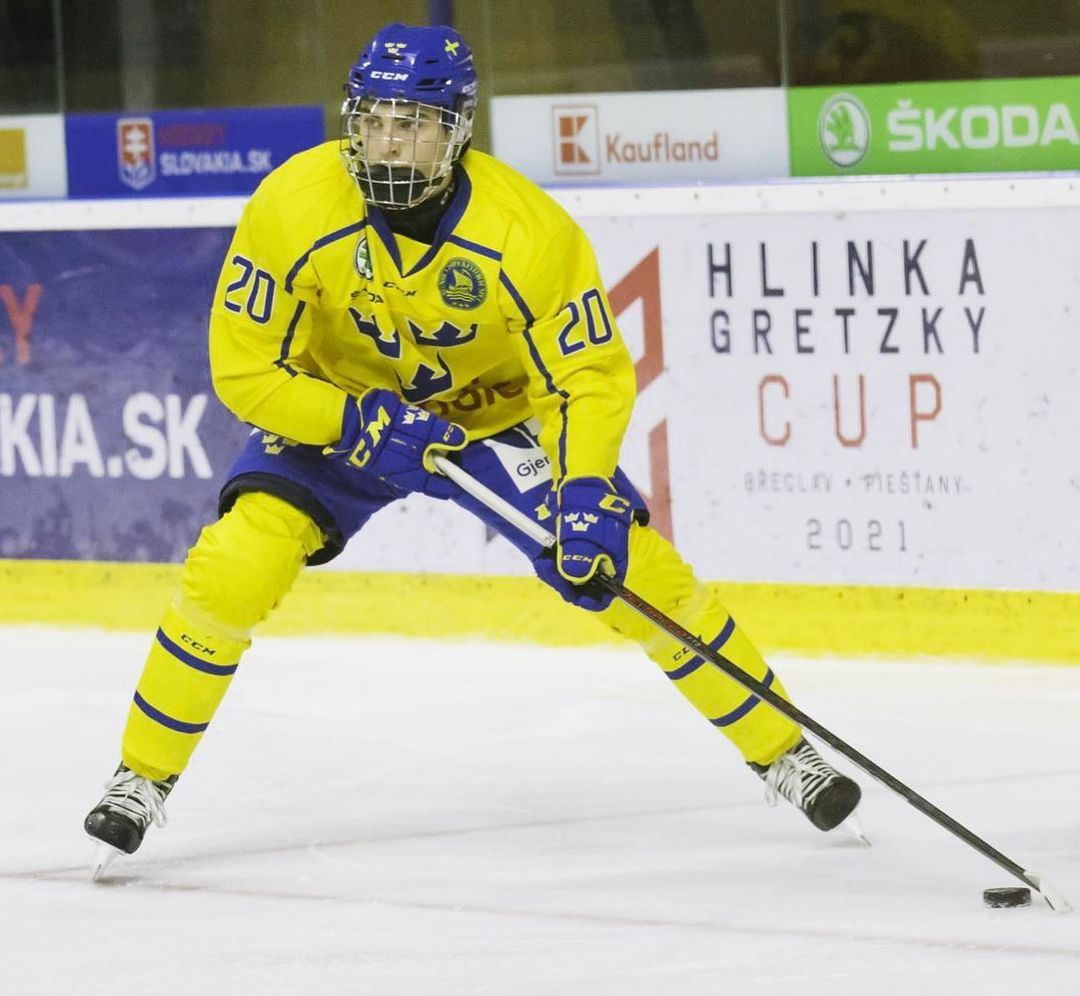 Any draft for any sports professional league is usually pretty revealing about how fans feel about their team.  Love it or hate it, fans will endorse or criticize the moves made by their team.  They want their teams to ‘do something’ and then hope to be pleasantly surprised.

Drafts are also great for cliches and buzz words.  Count how many times you hear words or phrases like upside, great motor, off the charts and see what you come up with.  At the end of the day, 32 players will hear their names called.  Friends and family will celebrate, general managers and team staff will hope they got it right.

Being drafted is not the end, but rather a beginning.  Hard work, proper development will determine what happens next and whether they become the player some expect them to be or not.  What’s on the line?  A franchise’s future.

Like most leagues, the NHL is a copycat league and both the Tampa Bay Lightning and Colorado Avalanche demonstrate just how important the draft is.  Just moments after winning the Stanley Cup, Avalanche captain Gabriel Landeskog opined “find yourself a Cale Makar‘ as a reason Colorado won it all.

Oh of course, its that easy eh?

Most of the most important players for both of these clubs were drafted by their teams.  Yes, others were acquired via trade which brings up perhaps the most exciting and scary words uttered at a draft.  We have a trade to announce!

Minnesota Wild fans should understand this, having gone through it in 2006 and 2011.  Will this happen again in 2022?

Yes, and fans didn’t have to wait until as news broke the team had dealt Kevin Fiala to Los Angeles for the 19th Overall pick and the rights to Golden Gophers’ defenseman Brock Faber.

Reactions to the trade were predictably mixed with some fans loving the trade and others disappointed Wild General Manager Bill Guerin didn’t court a bidding war among multiple teams.  Either way, Minnesota has two selections in the 1st round.

Speaking of bidding wars, the Minnesota Wild ‘won’ the bidding war for the services of future Hall of Fame goaltender Marc-Andre Fleury as he was re-signed to a 2-year contract with a full no movement clause at $3.5 million per season.  Rumor has it they prevailed over the Toronto Maple Leafs and Pittsburgh Penguins that were also interested in the 37-year old goaltender.

Defenseman, Jacob Middleton was also re-signed on Tuesday, locking in for the next 3 seasons at $2.45 million per season.  That leaves the Wild with a scant $1.4 million in cap space and they still have at least two more forwards and a defenseman to add to their roster.

So who did they select and what do we know about them?  For each selection I will have all of the rankings including the NHL Central Scouting Mid-term ranking in parentheses.

I will provide you all of the basic information for each player the team selects as well as additional insights I’ve gathered from various scouting publications.  I will also try to find video where I can and you can judge for yourself. 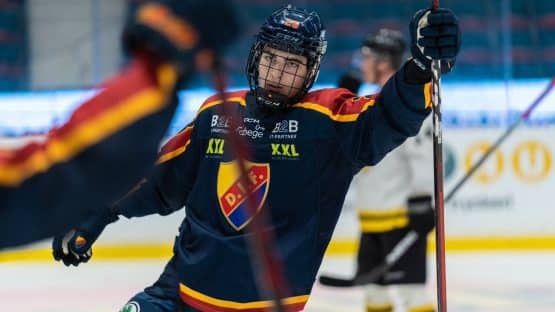 Talent Analysis:  A strong skater who is both agile and explosive, he can use it to create separation or to compel opposing defenders to give him more time and space.  He competes hard and his conditioning is at a level few prospects in this draft can match as his father, Andreas, is a Strength and Conditioning Coach.  Combine that with terrific natural athleticism and you have a player who has the subtle ability to freeze defenders and then immediately accelerate to open up lanes to shoot or pass the puck.  Ohgren is more of a shoot-first kind of player but he has reasonable passing ability.  He is terrific on zone entries where he has a variety of moves he uses to beat would-be defenders, but his game is not without a few areas of improvement.  Defensively, his effort is inconsistent and sometimes is variable on his distance to the puck.  If he’s close to it he pays attention and marks his assignment, but if he’s farther away he can be caught watching and losing defensive focus.  After struggling to generate offense in Sweden’s top league, he went down to Sweden’s U-20 circuit and lit the lamp at an absolutely torrid pace.  Stockholm-native also gets strong reviews for his leadership and character and he was captain of Sweden’s U-18 team this spring. He’s has solid NHL potential, the only question is whether its in a Top 6 role or the Top 9.

“He is well-built and has a heavy release.” ~ NHL Scout

“He is well-built, strong skater, easy to project, he’s got unbelieveable numbers in junior.  It depends on whether people think it will translate.  Will he be a point producer or a hard working, up-and-down winger on projection?  I mean he’s been a goal-per-gamer.” – NHL Scout

“He has a shoot-first mentality, but he can make plays.  More of an up-and-down winger with compete level and skill.” – NHL Scout

Bottom Line:  Athletic, shoot first winger who has good speed and puck skills.  Like the scouts say, its really about where his potential can lead him.  In fact, a lot of his projection reminds me what scouts said about Jason Zucker before he went to play at the University of Denver.  The question was whether he could generate offense, because his skating, athleticism and natural gifts give you a functional NHL player already.  Where is the ceiling, only time will tell but at the very least you have a great energy winger. 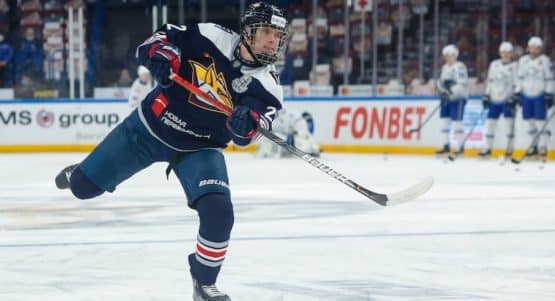 Talent Analysis:  Skilled forward who has the ability to play center or on the wing, he has tremendous scoring touch and is an adept playmaker as well.  An effective puckhandler, he uses his body well to protect the puck and has knack of picking the right moment to attack.  He does a great job of recognizing he has a seam or a lane he can exploit.  Yurov plays smart, but he’s also not afraid to pay the price to make plays whether its going into high traffic areas or taking a hit when its necessary to create a scoring chance.  His shot could use more power, but he has good accuracy.  While scouts feel he could improve the velocity in his shot by adding more strength, in general his shot has more zip when he’s moving then when he’s stationary.  After not being able to get much ice time with Magnitogorsk of the KHL, he went down to Russian junior and dominated.  He uses his speed effectively to apply pressure on the forecheck and doesn’t mind being physical.  Defensively, he plays responsibly and while it doesn’t stand out as much as his offensive skills he’s a more well-rounded prospect who would fit in well in a Top 6 with proper development.

“He is a strong skater, proficient at reading the ice and then attacking it.  Nice mix of skill, strength and shooting.” – EliteProspects

“He’s a high end prospect.  He can score and he’s one of the best passers in this draft .” ~ NHL Scout

“He took very few shifts to impress me.  It didn’t take me long to rank him among the top prospects in this draft class.  This year was tough to get a full read on where his game is at, but his floor is high enough that it doesn’t cause us much concern.” ~ Hockey Prospect.com’s Director Mark Edwards

“He can play a big, heavy, powerful game.” ~ NHL Scout

“There’s discussion whether he’s a center or a winger.  I think he can do both.  He handles the puck well, especially down low, and he has a good shot.  I don’t see any risk with this guy.” ~ NHL Scout

Bottom Line:  A skilled Top 6 forward who can play either at center or at right wing.  He was a Top 10 talent in many scouting publications that fell because of the Russian factor.  That is to the Wild’s benefit who get a high-end player who has terrific offensive instincts and ability.  Feels like a steal at #24 to me.  This was obviously the home run swing many Wild fans were hoping the team would take with two selections in the 1st round.

My Thoughts:  I really like both of these picks.  Ohgren to me was the safer selection of the two, simply because of the ongoing situation between Russia and most of the rest of the world.  Yurov is a fantastic talent and I’m glad the team didn’t give into the impulse of trading up to make the pick but instead gambled that he’d still be there without giving up other assets.  I think Yurov is the high end Top 6 winger you hope can replace Kevin Fiala.  Ohgren is less likely to be that home run, but he still could be a solid contributor for years.  One last note, Yurov is in the last year of his current contract with his Russian team (Magnitogorsk), and I think it was a very encouraging sign to see him at the draft in Montreal.  Hopefully Guerin and the Wild staff were able to establish a rapport with him so they can get him on board sooner rather than later.

What did you think of Minnesota’s two selections?  Tell us on Twitter at @CreaseAndAssist!