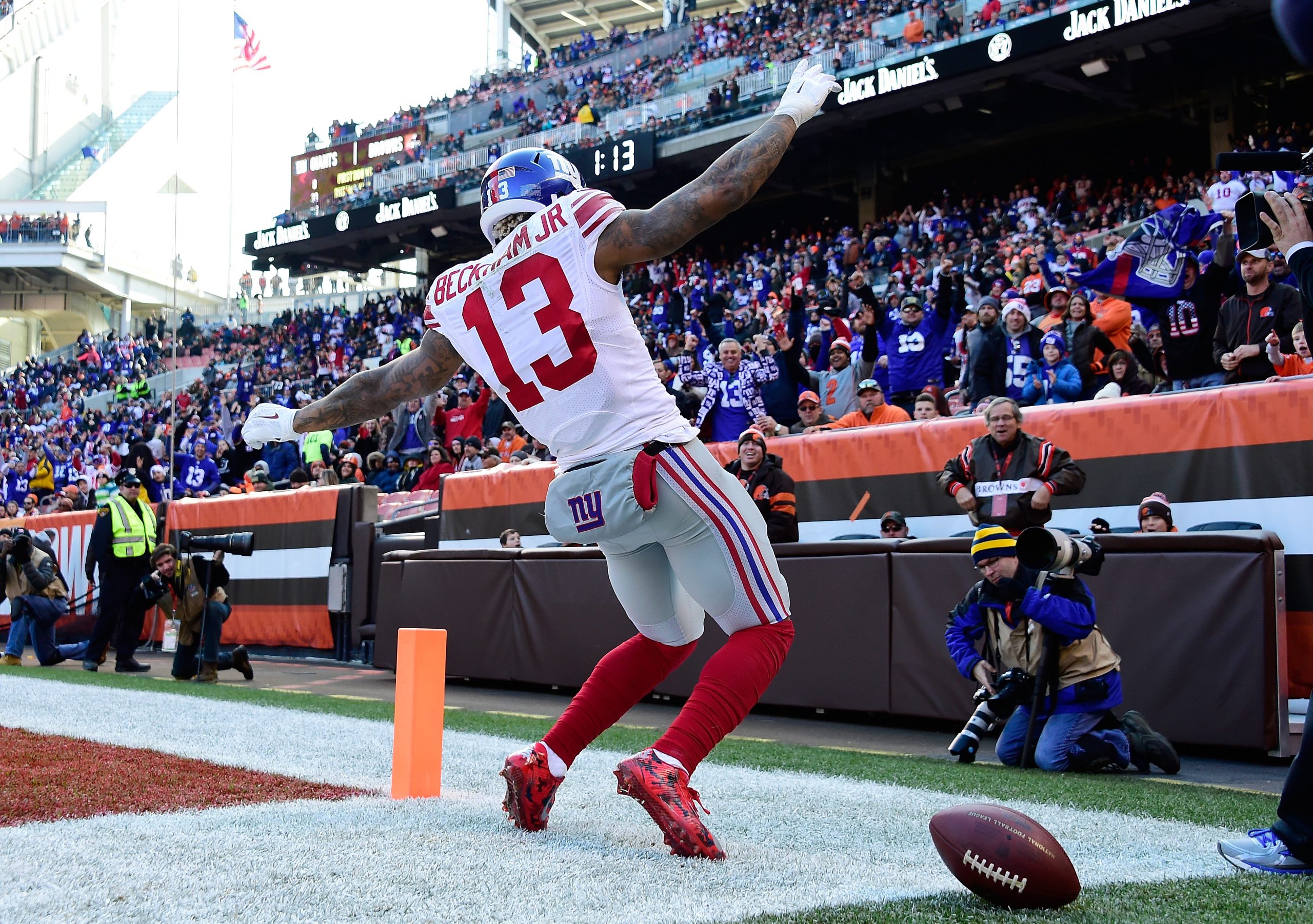 After taking a punt back for a touchdown, Beckham channeled his inner LeBron James by pretending to toss chalk up in the air.

So no, the Cleveland fans actually in attendance weren’t too pleased:

See the flag notification on the scoreboard?

To be fair, Beckham couldn’t know this at the time. But the slight gaffe makes it funnier because it went down in Cleveland. Rest assured The King saw or will hear about the celebration and have something to say about it.

Either way, one of the NFL’s most polarizing players just played the villain role to perfection. And it’s not like his Giants needed the score—New York took the lead and never really looked back.

Let’s wait and see where Beckham goes next and how he trolls the home crowds.