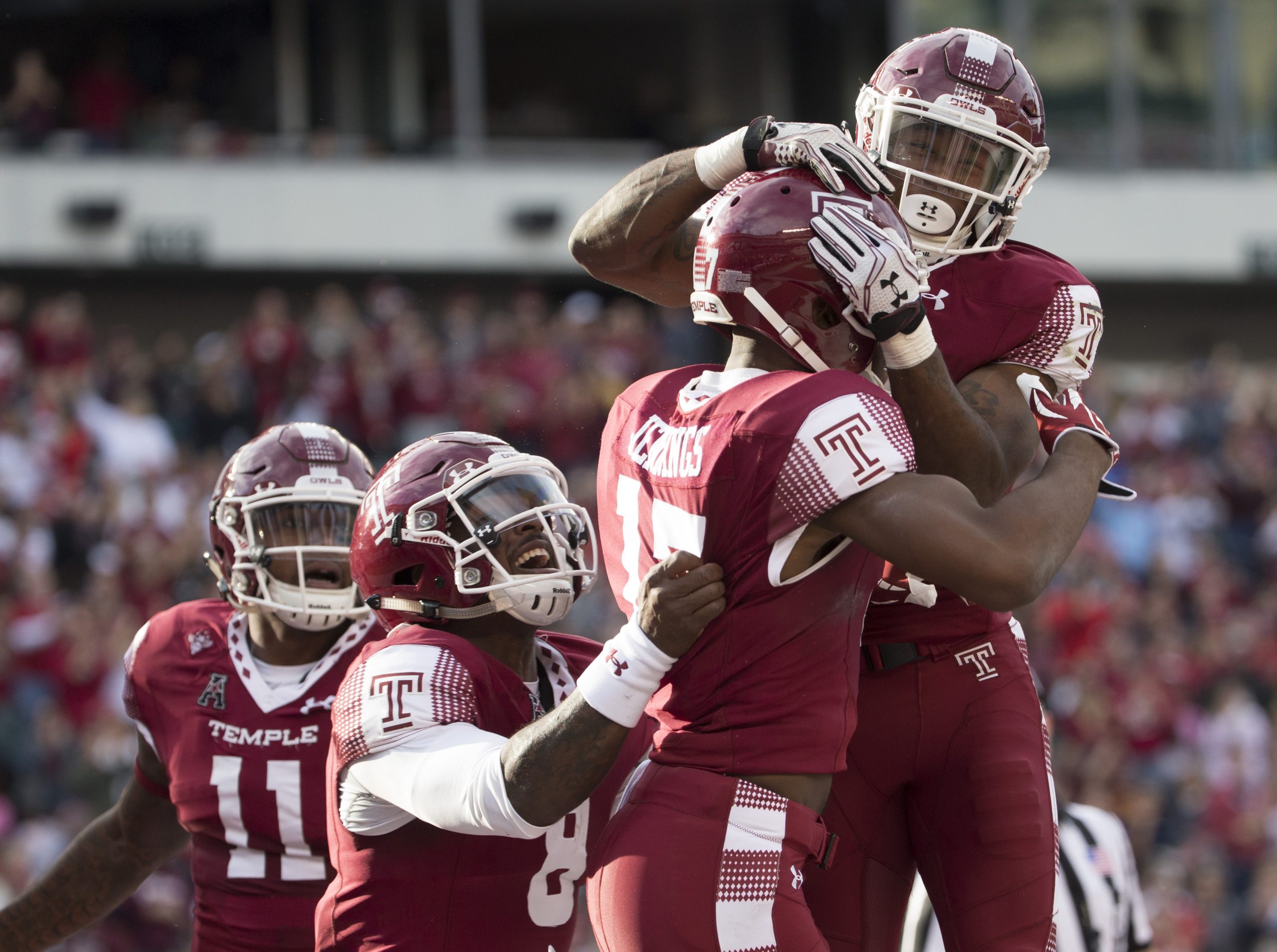 The Temple Owls picked up their fourth American Athletic Conference win on the season with a 34-13 victory over the Cincinnati Bearcats.

The Owls got off to an early 3-0 lead over the Bearcats with an Aaron Boumerhi field goal after linebacker Avery Ellis blocked a Cincinnati punt.

Later in the quarter, linebacker Avery Williams forced a fumble giving the Owls the ball on the 45 yard line. The turnover set up a 40-yard touchdown strike from quarterback Phillip Walker to receiver Adonis Jennings.

It would not take long for Cincinnati to answer after a 60-yard kickoff return by running back Mike Boone would set up a four-yard touchdown pass from Gunner Kiel to receiver Devin Gray.

On Temple’s next drive, running back Jahad Thomas found his groove with a 56-yard run to put the Owls into Cincinnati territory. Temple capped off the drive with a 28-yard touchdown pass from Walker to receiver Ventell Bryant.

The back and forth continued when a 76-yard drive led to Kiel and Gray’s second touchdown connection for the afternoon, this time from 10 yards out.

Temple was on their way to finding the end zone again until a fumble by receiver Keith Kirkwood gave Cincinnati the ball deep in their own territory. However, the Owls’s defense was able to keep the Bearcats from putting any more points on the board as the first half drew to a close.

After two straight possessions of bad field position, the Owls were able to extend their lead with a 27-yard field goal by Boumerhi.

Temple would pile on the points again, first with an early fourth quarter touchdown run by running back Ryquell Armstead. Then, a muffed kickoff gave Temple the ball back on the 18, setting up a 6-yard touchdown run by Armstead.

Temple’s defense was able to keep away any chances at a Cincinnati comeback in route to this afternoon’s victory.

Next Friday night, Temple will continue their quest through the American Athletic Conference as they travel to take on the UConn Huskies. Kickoff is scheduled for 7 p.m.