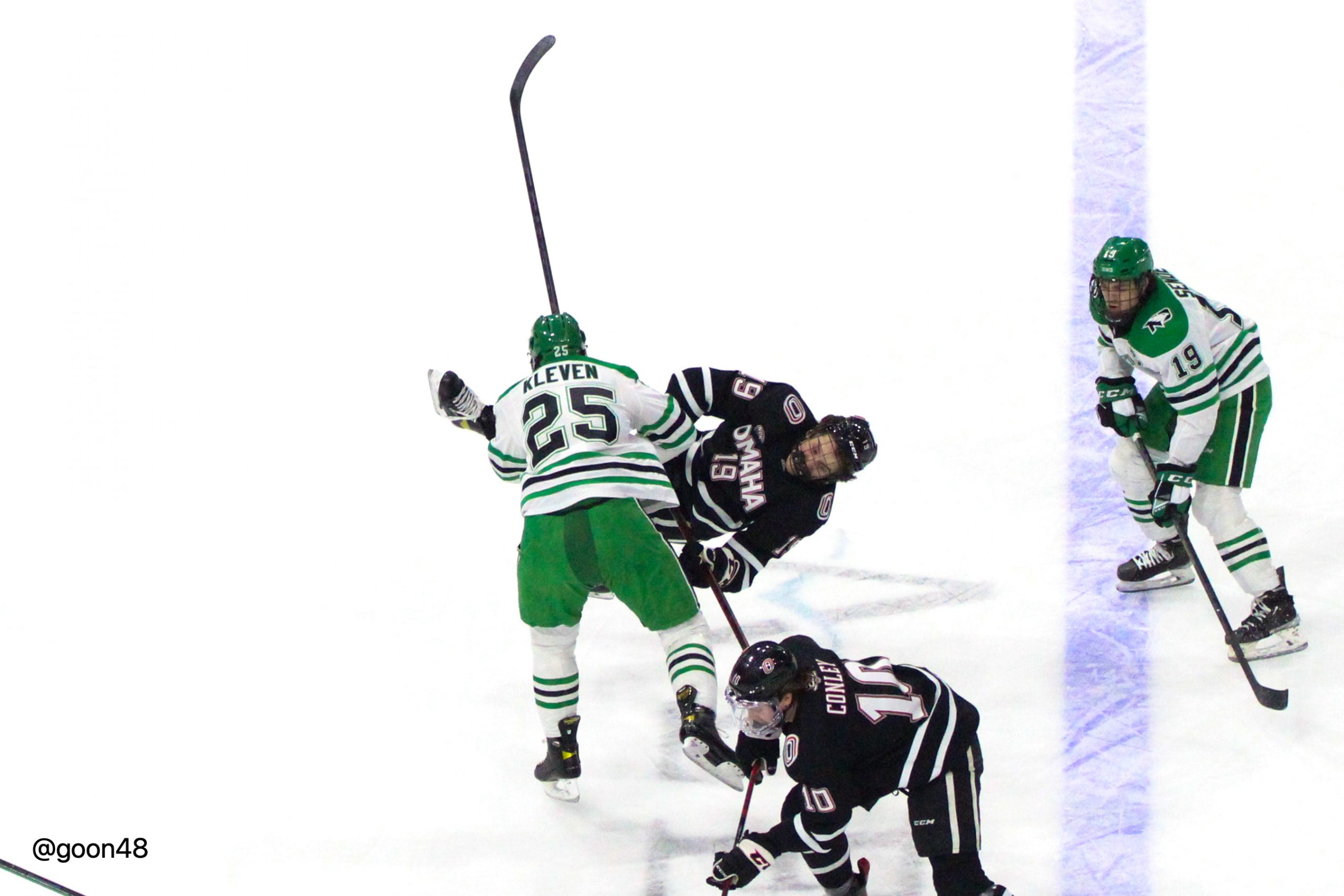 With three weeks left in the regular season, the University of North Dakota hockey team is in a good position for a first-round home series. More importantly, UND is currently ranked 11th in the Pairwise Rankings. Since getting swept by Western Michigan on January 21-22, 2022, UND is 4-1-1. No, I will not be doing a bracketology post.

“Where do you want to start?” head coach Brad Berry said. “Senden is probably week-to-week. Jamernik is day-to-day. I would hope to say that Jamernik will be available next week and hopefully Senden will too. But I would probably say Jamernik before that.”

When the UND coaches posted the lineup card for the series against CC, there wasn’t an extra player available Friday or Saturday night. Saturday, UND played with five d-men due to Cooper Moore’s one-game suspension by the NCHC. With that said, this isn’t the University of Michigan hockey team. The UND hockey team embraces the next-man-up philosophy. The players that don’t play as much look at this as an opportunity to play minutes they wouldn’t have.

The NCHC’s Wheel of Justice

The matter in which the NCHC hands out supplemental discipline is starting to resemble the NHL’s old Department of Players Safety when it was run by current Toronto Maples Leafs General President Brendan Shanahan. Just spin the wheel and see where it ends up. If you’re confused about how they hand out suspensions, you’re not alone. 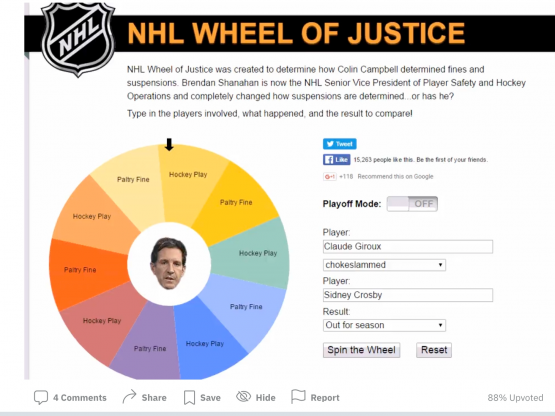 Friday, eight minutes into game one of the series between the CC Tigers and UND, sophomore defenseman Cooper Moore was assessed a 5-minute major and a game misconduct for contact to the head. Watching the video below, I don’t think anyone had an issue with the call on the ice by the on-ice officials. It would appear they made the correct call. Saturday afternoon, the NCHC notified UND that Moore had been suspended for game two of the series against the Tigers.

Moving forward, the league has set the standard. They’ve also painted themselves into a corner. The next player to get assessed a major penalty for contact to the head should expect to receive a one-game suspension. Right? That’s the new standard. If not, UND will have a legitimate complaint.

Suspend or Not to Suspend

You watch both of the videos embedded in the tweet below and the first question you’re probably asking is: why is Moore’s hit worthy of a suspension, but Denver Pioneer forward Carter Savoie’s predatory hit on Mark Senden isn’t worthy of a suspension? In what world does this make sense? In the same game, UND defenseman Tyler Kleven was given a five-minute major for contact to the head. Neither player was suspended by the NCHC, but maybe they should have been.

UMD PxP radio announcer Bruce Ciskie tweeted this: Not that anyone wants my opinion, but I’ve thought from the start that they didn’t want to suspend Kleven for one and Savoie for two, and the penalties weren’t equal so they couldn’t both get one. It was the path of least resistance.

If that is what really happened, we have a serious problem. While I have no inside information on this, I think it was a case of the league not wanting to suspend Savoie. Kleven getting thrown out of the game for a major gave the league officials cover. Stick tap to @spomer_hky for posting the video.

How did the Hawks players find out they’d be a man down? They got a text message from Moore.

“Yeah, I think he (Moore) texted the group chat and said that he did get a suspension,” Johnson said. “He said to ‘play hard tonight to everybody that was in.’ like I said next man up mentality.”

“It’s the next-man-up mentality,” UND goalie Zach Driscoll said when referring to the defensemen. “That’s what matters for the 60 minutes tonight. Those guys did a heck of a job this weekend.”

Brent Johnson Makes the Most of His Opportunity

UND freshman defenseman Brent Johnson hasn’t played a lot this season due to injury and the depth of the players in front of him. The Freshman from Frisco, Texas has played in 12 of UND’s 28 games. When he’s been in the lineup, he’s been the extra d-man or in the third pairing.

This past weekend, he made the most of his opportunity.

Not only did Johnson play regular minutes, but he also scored the first goal of his collegiate career. Saturday night, at the 11:44 mark of the second period, Johnson would blast a shot from the top of the right faceoff dot. Forwards Jake Schmaltz and Carson Albrecht would draw the assists.

“I just shot it and the guy kind of came across me and I just saw the crowd stand up and the horn went off,” Johnson said. “So I figured it went in obviously. So, It was pretty cool.”

From what I can tell, Johnson is the first player from the state of Texas to score a goal for the University of North Dakota men’s hockey team. I asked if he was aware of that?

“Yeah, it’s pretty cool,” Johnson said. “Honestly, I didn’t even think about that, definitely a cool milestone to have and a good title to have. So it’s an honor for sure.”