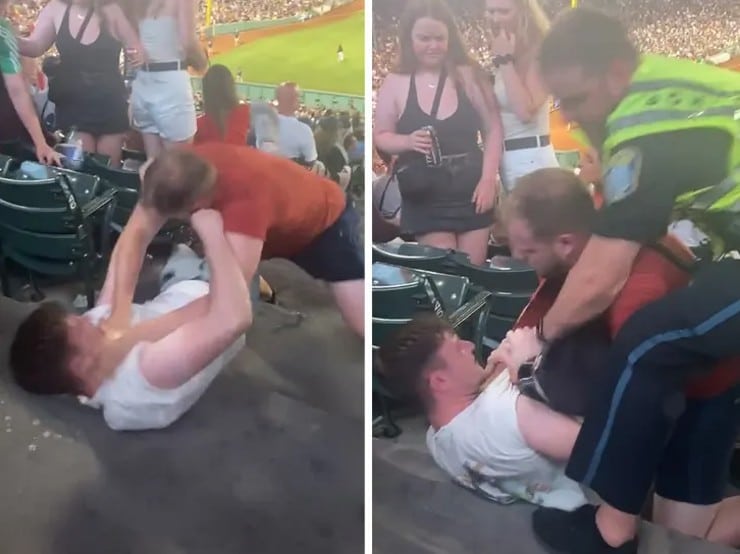 Watch as fans get into a scuffle at Fenway Park on Monday in the Red Sox-Guardians game; Twitter users reacted to the fan fight video below. In the stands, one fan was heard yelling, “Let’s f**king go! Wooo!!!” The fans were separated by security and were then immediately ejected.

Boston defeated Cleveland 3-1 in this matchup. This is also the Red Sox’s first win since losing 28-5 against the Blue Jays, in Boston’s worst beat down in club history. It was the first time the team surrendered 28 runs. To add insult to injury, the game was also played at Fenway.

In the video shown below, watch as the man in the white t-shirt throw multiple punches at the fan on top of him. Much like any other fight, there is a good chance that alcohol played a role in the events leading up to this scuffle.

For a while, it was unknown why the two fans were fighting each other. There is not much space at the ballpark. However, according to the Twitter video uploader Kiers Jenner, the man in the red t-shirt dumped a drink on the guy in white prior to this fight. Now, that should solve the mystery.

Looks like they're about to kiss. Baseball means love 🙂

At the top of the fifth inning, Guardians’ José Ramírez singled to third base. Then, Myles Straw scored the team’s first run of the game.

Following this win on Monday night, the Red Sox are now 49-48 (.505). They rank fourth in the American League East standings. The Guardians play the Red Sox again tonight at 7:10 p.m. ET. The ball game can be watched live on NESN.

To place a bet on either the Red Sox or Guardians tonight, BetOnline, Bovada and BetUS are among the best sportsbooks for MLB betting. Check out the available bonuses and compare the top betting sites in 2022. If you would like to watch other videos related to the MLB, go to the main page. 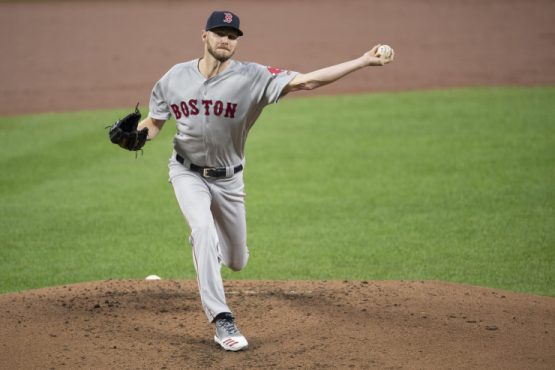