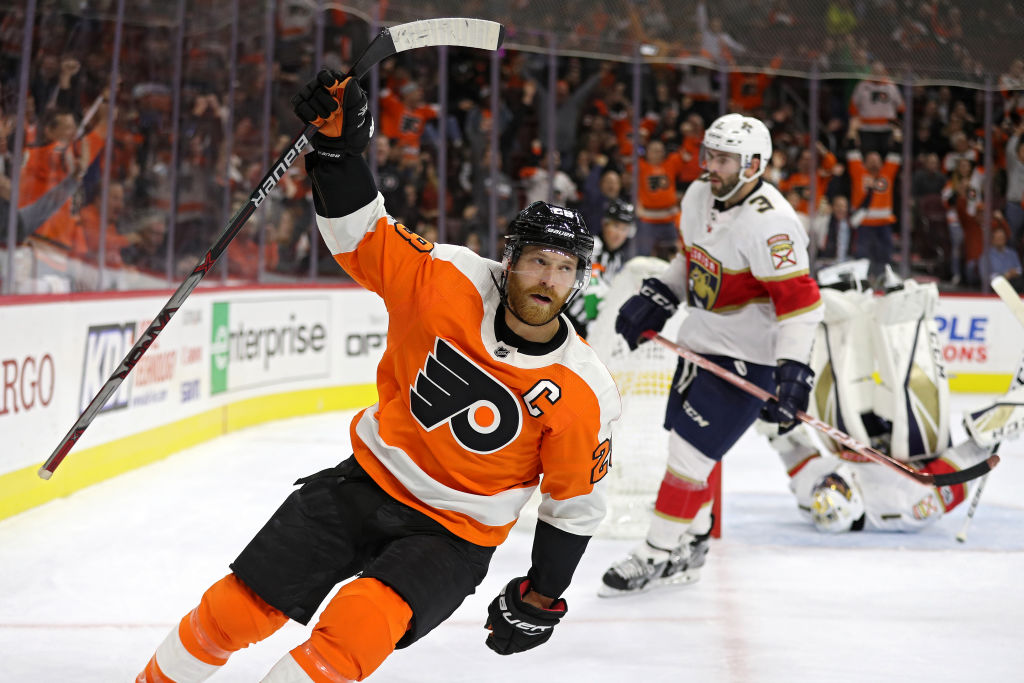 Make it three wins in a row for the Fly Guys, including two very impressive wins in front of the Wells Fargo Center crowd after defeating the Florida Panthers 5-1. The Flyers have outscored their opponents so far 13-3 at home and of course have gone 2-0 while in South Philadelphia. Dare I say that the Flyers look good right now? Here are some takeaways from Tuesday’s game.

5 Takeaways from Flyers vs. Panthers

Bonus Takeaway: After a big fight with Michael Haley in the second period, Wayne Simmonds left the game in the third period with a lower-body injury. He limped a bit off the ice and sat out the rest of the game. Ron Hextall said that they took Simmonds out of the game for precautionary reasons.

This one is tough because both Giroux and Gostisbehere had a goal and an assist. However, I’m going to go with Ghost on this one. He is now one of the leaders on the team in points and takes a ton of shots on nets that seem to be lasers.

The two penalties that led to the Panthers’ goal. They were able to kill off the first penalty but the second one was what gave the Panthers the opportunity to score.

One more thing: How about that pass from Nolan Patrick for Dale Weise’s goal. Oh man.

Nolan Patrick with a pretty pass to set up Dale Weise (yes that Dale Weise) pic.twitter.com/MNeub5D9SS

The Flyers are back in action tonight against the Nashville Predators, where they will be looking to avenge their loss from last week. It should be a good one.