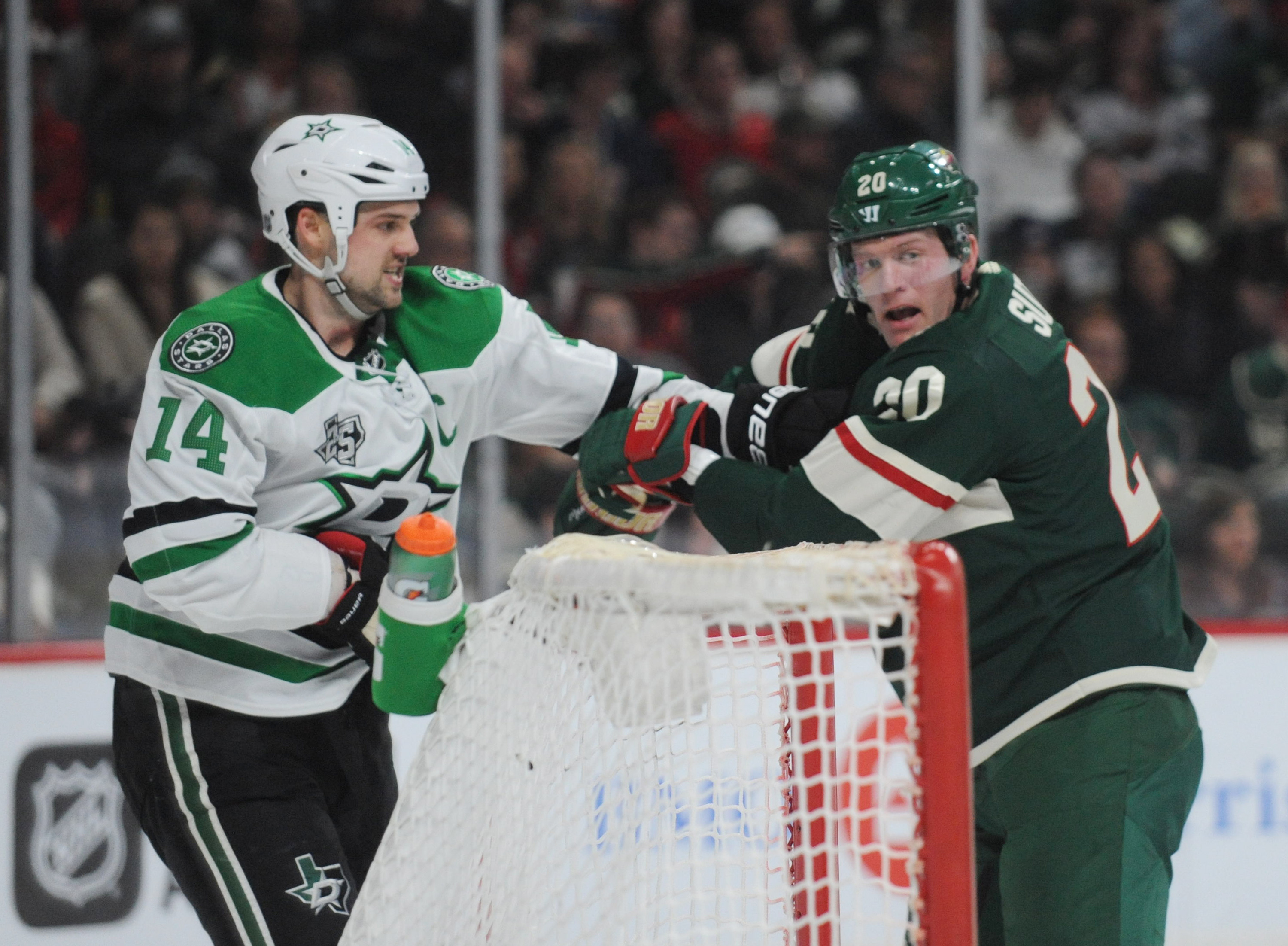 Every night it seems like the same activity.  Watch Twitter and NHL.com as you try to stay on top of key scores against those teams in the chase for the final playoff spots.  Almost every night seems to cause minor movements in the standings as ‘mercy points’ sting a little keeping chasing clubs closer than perhaps they should be and you cherish seeing those clubs experience regulation losses.  So let’s take a look at the Central Division standings right now.

St. Louis and Colorado are both four points behind the Wild, but with the Wild and Blues owning a game in hand on the Avalanche.  The Dallas Stars are all but mathematically eliminated at this point and on Thursday they performed like a squad who knew its fate was more or less sealed.  Yet with the pressure off, the Stars might relish the role of a spoiler or just to be spiteful of the clubs who are still in the race for the playoffs.  Minnesota would be wise to be mindful of their Pacific division foes who have gobbled up the Western Conference wild card spots.  Los Angeles is 3rd in the Pacific with 94 points while the Ducks have 93 points but it should be noted that the Kings have just 2 games remaining while Anaheim only has 3 remaining.

According to Moneypuck.com, the Minnesota Wild have a 99.6% chance of making the playoffs but if they need an example of how such favorable odds be wrong they can look the University of Minnesota Men’s hockey team who had a 98% chance of making the NCAA tournament only to face the perfect storm and they didn’t make it.  Hopefully the Wild spare their fans of having to wonder will they or won’t they make it too much longer.

The Stars got out to a good start as jumped out to a 1-0 lead as Tyler Seguin set up Jamie Benn, but one disastrous power play later in the 1st period and the game would boomerang in the Wild’s favor.  No doubt that will be burning in the mind of Ken Hitchcock’s squad when they drop the puck this evening.  On the last shift of the night on Thursday he sent out super pest Antoine Roussel who tried to harass Devan Dubnyk.  I think this has the hallmarks of a chippy game.  I think Dubnyk will get the start, but facing them a second time might be a good time to give Alex Stalock a try.

Minnesota’s top line of Eric Staal, Mikael Granlund and Jason Zucker appear to be heating up again now that they’ve been reunited.  The Wild have found success working pucks in close and they’d be wise to try again as Kari Lehtonen will probably get the start.

So what must the Wild do in order to ensure a victory?

What do you think will be important for tonight’s game?  Let us know on Twitter @CreaseAndAssist or in the comment section below!