On any given Sunday...perk up, Eagles fans! 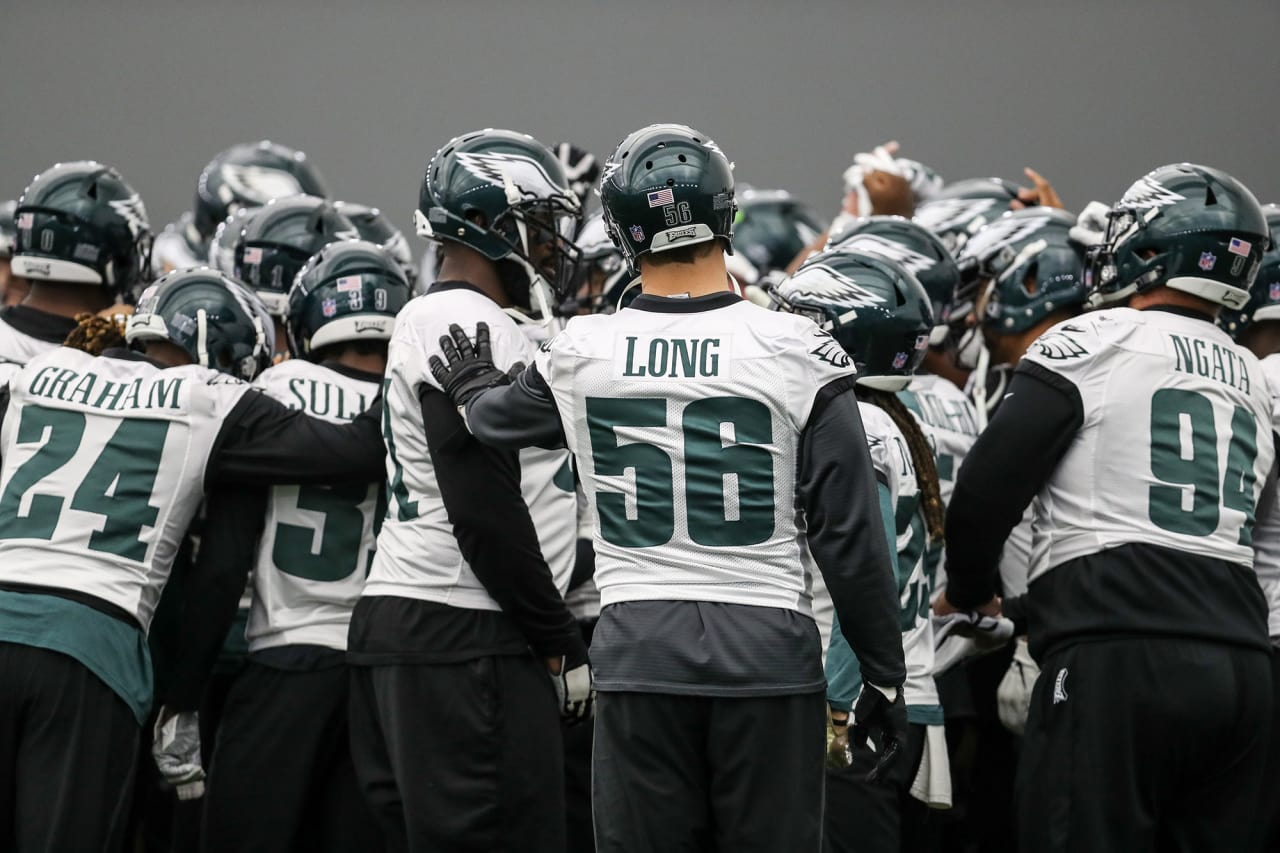 On any given Sunday...perk up, Eagles fans!

They play the games for a reason—each game is a new universe of human possibility, and not necessarily a microcosm of the current season to date. Thus I cringe at the malaise of media negativity surrounding the Eagles’ trip to New Orleans.

The media big-shots should think twice before they bury a team in November. Had they (a) ever played the game at the NFL level, or (b) studied NFL history objectively, they would know that many a 4-5 team has strapped it up and gone on a playoff run starting with ONE BIG WIN they weren’t “supposed” to get.

The problem with most media types is their reporting is results-oriented. It doesn’t account for the organic events which are constantly evolving and make every team and every game a fresh canvas of athletic expression.

You can easily point to past results and say, “well, we’ve been deficient in getting off to fast starts, in getting takeaways, in open-field tackling, in secondary coverage, in late-game big-play-making, so we are doomed against the 8-1 Saints”, but you are only focusing on past losses. You cannot empirically transfer past loss tendencies to the game at hand.

That is sloppy science. It doesn’t factor in the human element of professional sports, where biological talent is just about equal on every team, and the winning differences are the invisible traits of the soul. (If “soul” sounds too religious for you, substitute the word “spirit”.)

The soul of a team can’t be quantified, so the media focuses on past results and physical trends. It’s easier to write and report on things you once saw than on that which is hidden deep within the spiritual continuum of a changing team.

There’s not a coach or a player on the Eagles active list who doesn’t believe they can go into the SuperDome this Sunday and execute the best game plan of their careers. Not a one of them is intimidated by anyone or anything on the Saints’ side. If anyone of them feels overmatched or unprepared, then they shouldn’t be in the profession.

When you have that kind of spiritual calling to your profession, past failings have no bearing on what happens this Sunday. It’s a clean slate.

Yet our Philly media jumps right on the national media bandwagon for this one, predicting disaster based upon past results, assuming the safe ground occupied by the cheapest seats in the house—those reserved for “nattering nabobs of negativity”. After all, bad news sells more newspapers than good news.

“It’s always possible the Eagles will mount a stirring, save-the-season effort, which would have been a much better idea three or four weeks ago. Even if they do come out looking like the team they were supposed to be this season, it’s hard to envision how this becomes a win, unless Drew Brees calls in sick because his left tackle, Terron Armstead, is sidelined with a pec tendon injury.—Prediction: Saints 46, Eagles 20″

“Can the Eagles beat the Saints on Sunday? Sure. This is the freaking NFL. On any given Sunday and all that jazz. Will they? Don’t see it happening. The Saints have racked up touchdowns on their first two possessions in both of their last two games. If that happens again Sunday and the Eagles can’t keep pace, this could get ugly in a hurry.—Prediction: Saints 45, Eagles 31″

“The Eagles’ backs are to the wall, so the speak. They haven’t played like a good team, and I’m not sure they are, but they haven’t flat-out delivered a turkey and I don’t think they will in New Orleans. If the Eagles do get blown out, I’d imagine the team’s collective psyche will take a fateful blow.—Prediction: Saints 30, Eagles 23​”

“This didn’t look like a win when the schedule came out — it certainly doesn’t look like a win given the way the two teams are playing. Simply said, the Eagles cannot play like they have this season and expect any chance of competing with New Orleans. I don’t consider this a must-win game for the Eagles because their playoff hopes rest on winning the division and beating Washington twice, but the Eagles need all the wins they can get at this point. I don’t see it happening Sunday.—Prediction: Saints 34, Eagles 24″

Okay, enough of that. Everything they say makes sense if you are predicting the results of a Robot-War match based upon past mechanical indicators.

But these guys (on both sides) aren’t robots. It would take a more expansive mind like Tony Dungy’s to understand the full implication of that simple statement. Tony Dungy was the only national TV commentator to predict the Dallas upset over Philly last week. He saw something, he said, in the soul of the Cowboys team during the week’s preparations leading up to game night.