The Best Player In The NHL Is The Lightning's Nikita Kucherov 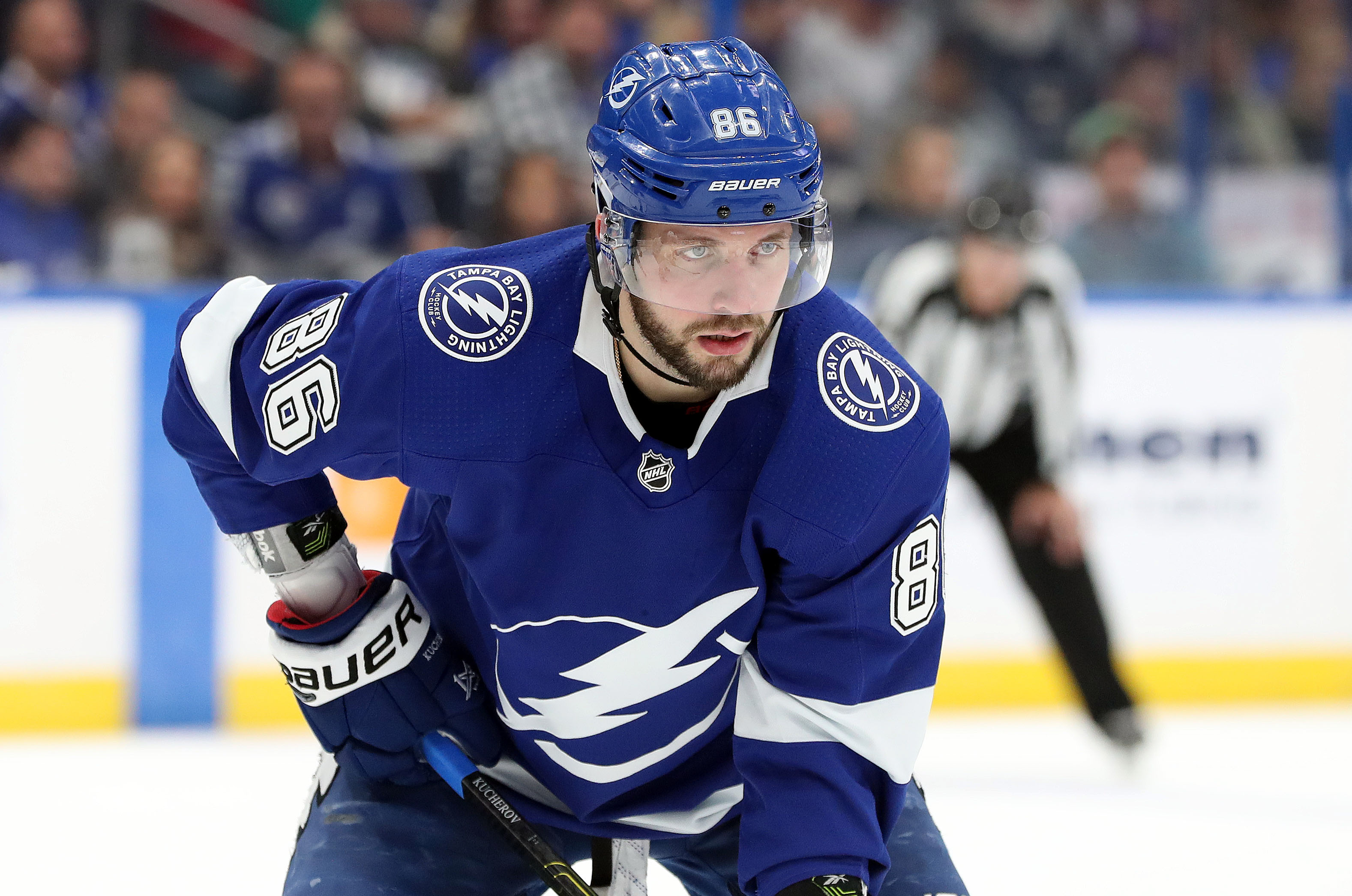 The Best Player In The NHL Is The Lightning's Nikita Kucherov

With some of the NHL’s best players preparing to head to the All-Star game, fans are asking. “Who is the best player in the NHL?” While the experts are saying the likes of Connor McDavid, Johnny Gaudreau, Nathan MacKinnon, and Mikko Rantanen are the top candidates. There is one player that is the clear cut choice. Who is it? The Russian Rocket, and no It’s not Alex Ovechkin.

Nikita Kucherov leads the league with 75 points and just had one of his best months, racking up 30 points in 14 games (9 goals, 21 assists) in December. A top NHL performer who can play at a high level when it comes to any aspect of the game and Kucherov has done just that. “Kuch” sits atop the assists leaderboard with 53, four ahead of Blake Wheeler. These aren’t just secondary assists either as he ranks second in the league with 34 primary helpers. Kucherov also ranks very high when it comes to goal scoring, as he currently sits 20th in the NHL with 22 goals scored this season. Kucherov has also been very accurate as he ranks 24th in the NHL with a 17.2 shooting percentage.

It’s not just what Kucherov has been able to do on the scoresheet that has made his season so special. Kucherov’s presence alone has given the Bolts a better chance to win, His CF%, a stat that tracks if your team has the puck or not when you’re on the ice, is 58.7%. Which means that the majority of the time he is on the ice the Bolts have possession of the puck. Kucherov also ranks 42nd overall when it comes to takeaways with 33. The team is also regularly scoring when he is on the ice as he ranks fifth overall in team goals for with 90. This doesn’t change either when it comes to the power play as he ranks third in the NHL with 34 goals. When Tyler Johnson and Brayden Point are on the ice with Kucherov, they have outscored opponents 26-16 at even strength, and it becomes significantly lower when Kucherov comes off the ice. Almost any stat will show you that when Kucherov is on the ice, the team is creating more chances than when he is not on the ice. Another stat is goals created, which indicates the number of goals the player has contributed to, relative to his team, Kucerov ranks first in the NHL with 26.1 goals created.

These numbers aren’t just appealing because of one good month, Kucherov has played at a consistently high rate throughout the season. Kucherov is averaging 1.63 points per game which is the best in the league. The same can be said for assists per game as he ranks first with 1.15 assists per game. Kucherov has recorded 23 multi-point games this season. That means that he is on the scoresheet multiple times in over half of the Lightning’s games.

Kucherov is on a record-setting pace and it’s no surprise. The young talented Bolts star is on pace to break two franchise records. The current single-season assists record is held by Brad Richards and Martin St. Louis with 68, Kucherov already has 53, and the season only just passed the halfway mark. The Bolts’ franchise record for most points in a season is held by Lighting legend Vincent Lecavalier with 108 points, Kucherov currently has 75 and is on pace to shatter the record. The 25-year-old Russian can also break an NHL salary cap era record for points. Joe Thornton currently owns that record with 125 points, but with the pace, Kucherov is on, it may not even be close. Kucherov also became the first player since Jaromir Jagr in 2000 to hit 70 points in 43 games.

While all of these statistics show why Kucherov is the best player on NHL ice, there is one more thing that puts him above the rest. “The Great One,” Wayne Gretzky said, “Hockey is a unique sport in the sense that you need each and every guy helping each other and pulling in the same direction to be successful.” Nikita Kucherov has done just that. It has been reported that Kucherov is working with his teammates to try and help them improve their own game. Most notably he has worked with Ondrej Palat, Brian Engblom (Tampa Bay Lighting television color man) told fans that Kucherov has spent extra time with Palat working on his pivot move to help him get a better shot off in front of the net.

Kucherov is a superstar that has continued to improve every year of his young career. He will be a big-time star for years to come, and it’s safe to say we are watching one of the best, if not the best player in the NHL.