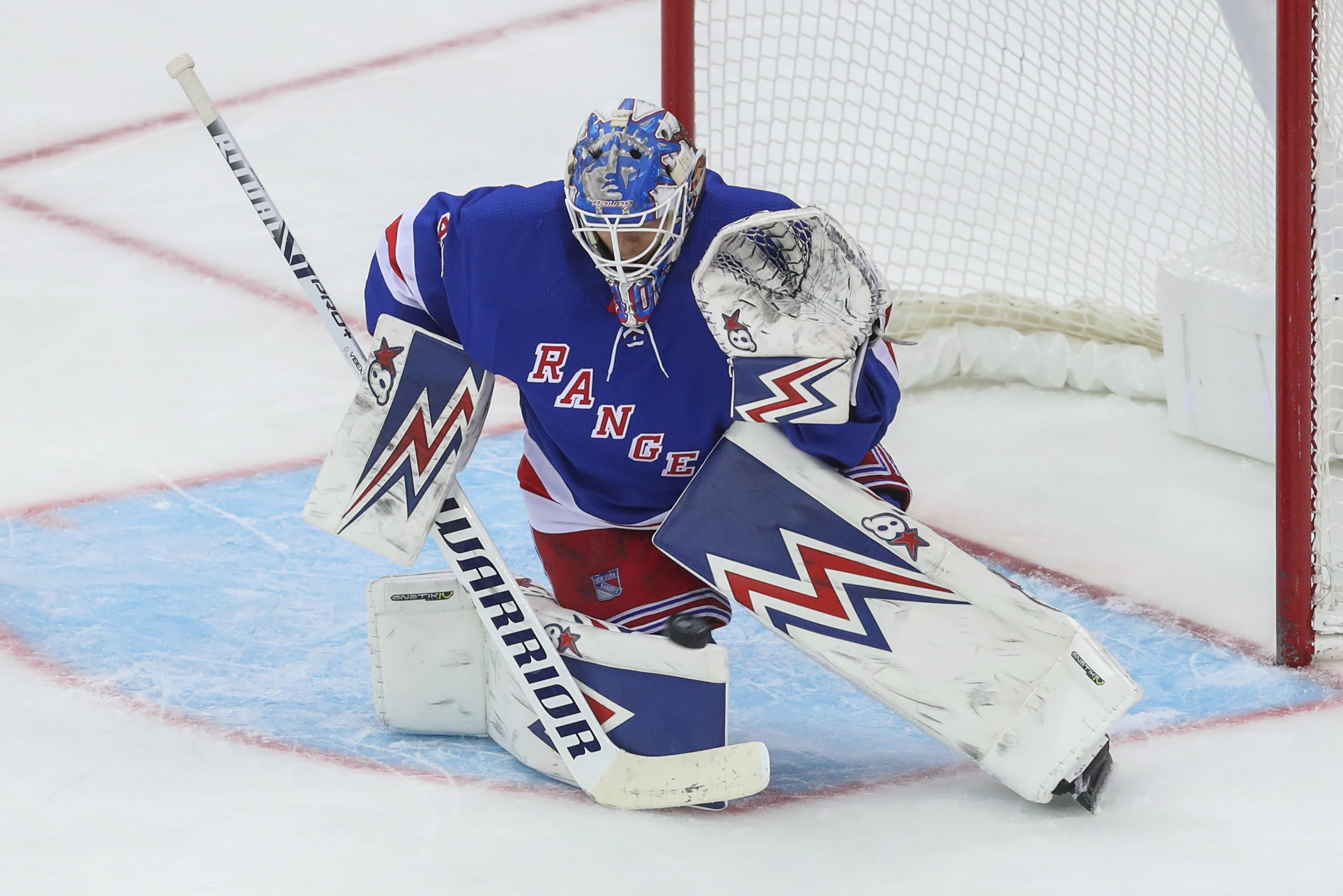 Alexandar Georgiev of Ruse, Bulgaria notched his first shutout of the season on Saturday. Georgiev, who is the first Bulgarian to ever play in the National Hockey League, made 33 saves as the New York Rangers defeated the New Jersey Devils 4-0 at the Prudential Center in Newark, NJ.

Georgiev made 11 saves in the first period, 10 saves in the second period and 12 saves in the third period. Taylor Hall of Calgary, Alberta and Jesper Boqvist of Falun, Sweden led the Devils with four shots on goal each.

The Rangers got goals from Adam Fox of Jericho, NY, Mika Zibanejad, Jesper Fast and Brady Skjei of Lakeville, MN. Jacob Trouba of Rochester, MI and Zibanejad led the Rangers with two points each. Zibanejad had one goal and one assist, while Trouba had two assists.

On the season, Georgiev has a record of six wins, four regulation losses and a loss in extra time. He has a goals against average of 3.07 and a save percentage of .912. Georgiev has been sharing the workload this season with Henrik Lundqvist. Georgiev has 11 starts, while Lundqvist has 16 starts.

Georgiev was undrafted. He signed a three year entry level contract with the Rangers after performing admirably in the Rangers developmental camp. Even though he was born in Bulgaria, Georgiev represents Russia internationally, as his family moved from Bulgaria to Russia shortly after he was born.

The Rangers are currently in sixth place in the Metropolitan Division. They have a record of 13 wins, nine regulation losses and three losses in extra time for 29 points overall. The Rangers are three points back of the Pittsburgh Penguins for a playoff spot.