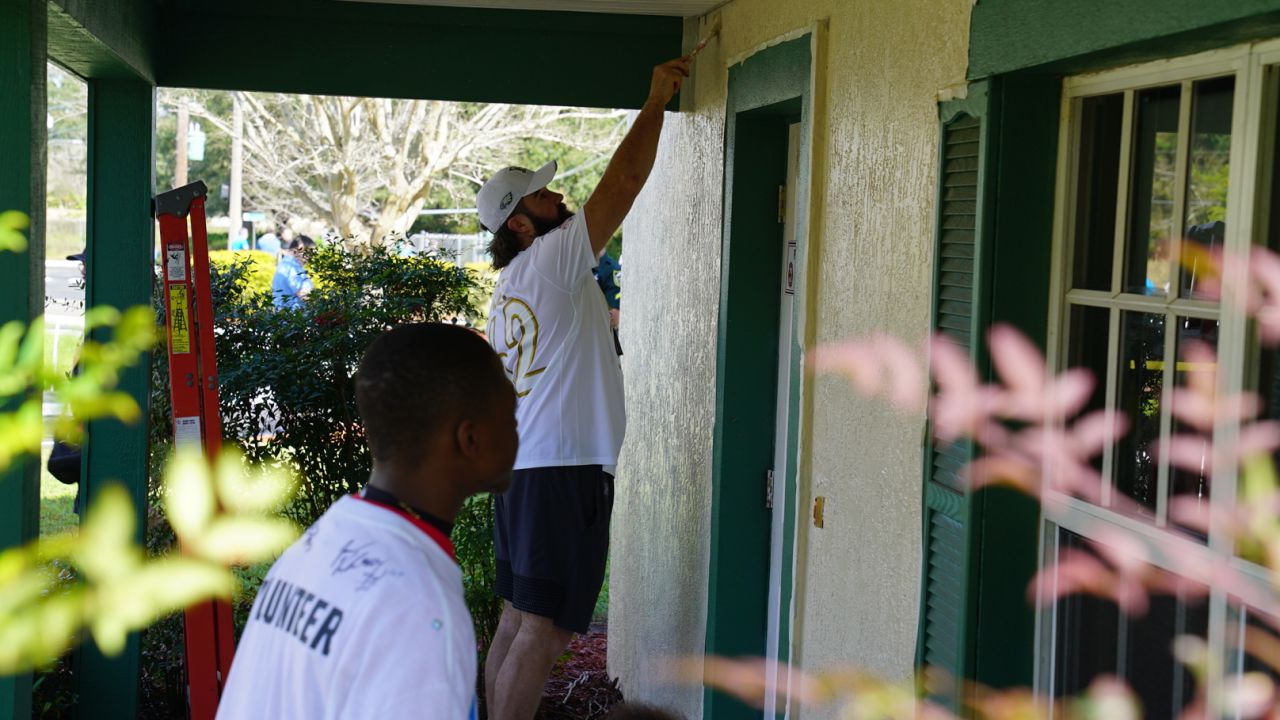 Finally, our home-grown alumnus ~BROZ is getting the kind of recognition he deserves from outlets like Philly Voice (Jimmy Kempski) and Bleeding Green Nation (Brandon Lee Gowton).

Well Eagles fans, Draft Season is finally upon us. Once we wrap up a few minor details and technicalities (Super Bowl), we can finally get down to the important stuff: pretend drafting!!! The first rule in the Hippocratic Corpus states: “Before thou can heal a man, thou must knowest what ails the man”. No need to look that up for fact-checking purposes…trust me, it’s in there. So, what ails the Eagles? This stat says it all: Carson Wentz is the first QB in NFL history to eclipse 4,000 pass yards without a WR reaching 500 receiving yards. So obviously, WR is the most glaring area of need. Remember this, though: the Eagles won a Super Bowl on the backs of their O-Line and D-Line…it’s their identity, and they’d be wise to not let momentary weaknesses in less-important areas keep them from constantly solidifying those units. If a talented pass rusher or DT slides, they should take him. In this week’s CMD, I found myself in an awkward spot. Still on the board were Higgins, Ruggs, and Delpit. Higgins is the guy I want to like, that everyone else seems to like, but I just can’t make myself like. Every WR class has a bust, and he’s my candidate to be that guy this year. I do like Ruggs; however, he was never “The Guy” at ‘Bama. I like Delpit’s game, but college safeties are so hard to project unless they’re Top 5 kind of guys (which Delpit is not). Most of these RD1 WRs look like skinny kids who are still maturing…but not Laviska Shenault. He’s a grown-ass man. At 6’2” and 220 lbs, he’s got an NFL-ready frame and isn’t afraid to bang heads with anyone. He was The Guy at Colorado, and might be the only Buffalo who’ll get drafted. Here his coach fawns over him, calling him “Julio Jones, but bigger” (perhaps a bit optimistic). He’s a playmaker everywhere on the field; however, the main concern with him are injuries. Luckily, the Eagles have a top-notch medical staff.—~BROZ

This was a media breakthrough for ~BROZ. Sadly, it happened on the same day Kobe Bryant, his daughter and seven others died in a fiery helicopter crash in L.A. County.

That tragic news story buried the ~BROZ media breakthrough, as it did to any serious coverage of the NFL Pro Bowl, and to any other coverage of Eagles football news, like the hiring of DB coach Marquand Manuel, formerly of the Atlanta Falcons staff.

NBA legend and die-hard Eagles fan Kobe Bryant died in a tragic helicopter crash in California on Sunday. Bryant, his 13-year-old daughter, Gianna, and seven others were on board the helicopter. There were no survivors.

“The Eagles are shocked and saddened to learn of the tragic passing of Kobe Bryant and his daughter, Gianna,” the team said in a statement. “He was a champion for the ages, a fearless competitor, and an outstanding ambassador for our city. Our hearts go out to all of today’s victims and their families.”

Bryant played his high school basketball at Lower Merion, just outside of Philadelphia, before beginning a legendary career in the NBA with the Los Angeles Lakers. Bryant won five NBA titles and two Olympic gold medals. He was an 18-time NBA All-Star, two-time Finals MVP, and a recipient of the league’s MVP award as well. Bryant is eligible for the Hall of Fame for the first time in 2020.

Before the Eagles’ 2017 clash with the Rams, Bryant spoke to the team as it stayed on the West Coast in between games with Seattle and Los Angeles. When the Eagles won the Super Bowl later that season, Bryant’s wife, Vanessa, posted a video of him euphorically celebrating the victory while holding his daughter, Bianka.

They were flying to participate in a travel youth-league basketball game. I’m more upset about the tragedy with regards to the loss of his daughter and the loss of her teammate on the flight. To me that’s the worst part. Getting taken out at age 13 is the story that should be told here. It’s against nature.

But we are a nation driven by attention to headlines and celebrities. So it is understandable we probably missed the ~BROZ articles and the Marquand Manuel story, not to mention the proper focus on all nine victims of the tragic helicopter crash—instead of just on Kobe.