Why it's the worst time ever for Eagles rumors... 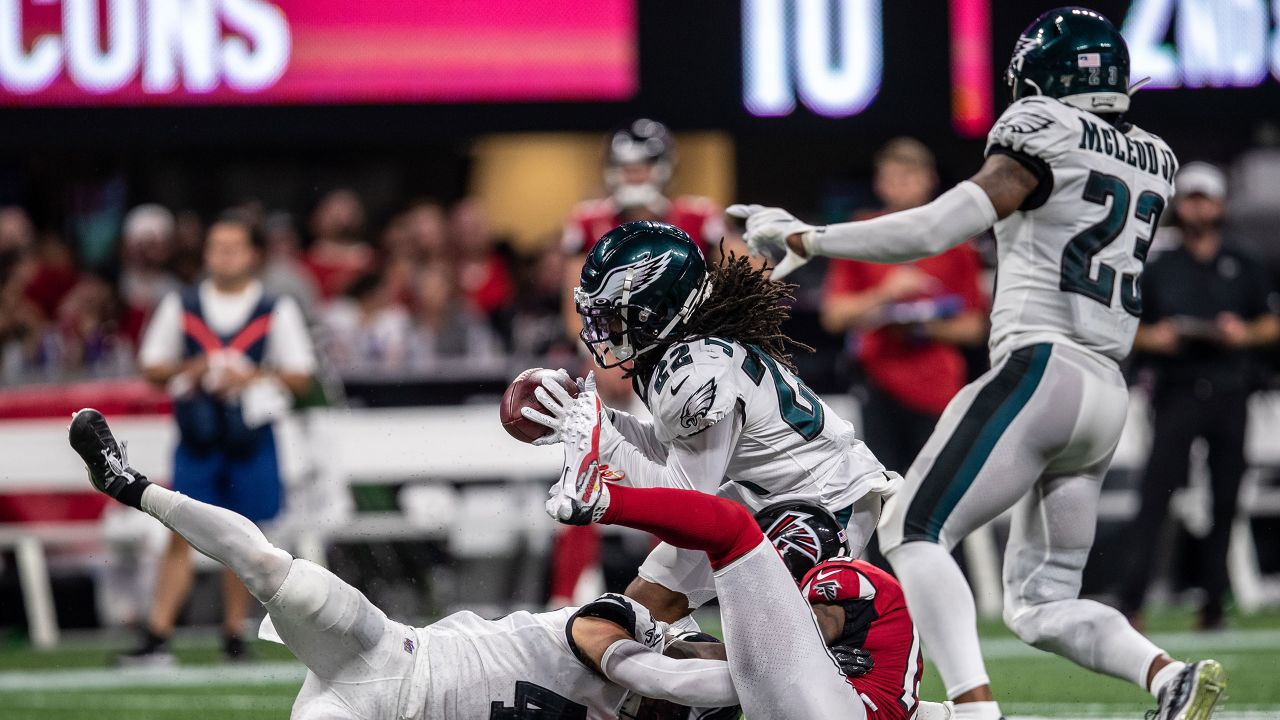 Why it's the worst time ever for Eagles rumors...

Every day between now and the Draft, there will be a new rumor. That’s because the Eagles are a stable franchise, and there is no real controversy to attract attention or stir debate, so the media makes every attempt to create a story out of nothing.

The latest attempt to stir the pot— Zach Berman in The Athletic says the Eagles have run out of patience with the development of CB Sidney Jones:

“The Eagles calculated the gamble when they selected Sidney Jones in the second round of the 2017 draft. The team needed immediate help at cornerback, but it drafted Jones understanding he would essentially need a redshirt season to recover from a torn Achilles tendon. The Eagles were willing to exercise patience because they understood what the pick might look like in three to four years.

“That was an upside decision, obviously, with the organization,” owner Jeffrey Lurie said in September 2017. “It hurt the short term, but we thought … looking forward, we don’t expect to be drafting in the top 10 for a while, hopefully for a decade or more. And it’s hard to get cornerbacks that you rate in the top one or two in the draft. … Basically, (we) made the gamble that Sidney can be the premier cornerback we think he can be, and healthy.”

“Three seasons have passed. To date, the Eagles have lost on the gamble.”

At 23, Jones is washed up? Really, that’s the big controversial angle to focus upon now?

Obviously to my EYE this is not even close to true, let alone a concern.
Just accounting for local history alone, it took Brandon Graham six seasons to become a full-time starter.  Okay, I know, a different position, but…you get my drift.
More importantly, because of the time Jones missed as a rookie, he will be a restricted free agent only after next season. That’s an extra two years of development left at a cheap price.  The Eagles considered that a benefit when viewing Jones’ window to contribute. They do not see his situation in any light of controversy at all.
*   *   *   *   *   *   *   *   *   *   *   *   *   *
Hope this photo/meme actually posts, because it is submitted by DUTCH RUBB as a tribute to our own Voice of Vegas and all things argumentative, Mr. Chris Ruggiero, equally revered here as “ATV”:
Ooops! Rats! I thought I could drag that meme into place. Let me take this project down to my old XP computer to see if I can get that thing to post. It’s funny, it shows ATV getting the Medal of Freedom from President Obama…

Nope, couldn’t get it to drag or paste. Sorry about that, DUTCH, I blame my own lack of technical knowledge on JPEG transfers. Or it may also be a format which needs conversion to a graphic which can be copied?
*   *   *   *   *   *   *   *   *   *   *  *
Speaking of rumors, if you believe the Birds would actually spend a 21st overall pick on a wideout, Colorado’s Laviska Shenault Jr. could be a prime candidate for the 21st overall selection in April’s NFL Draft.
NJ.com is all over this one with Mike Kaye in coverage:
“Shenault, who has been battling a nagging groin injury, was told he didn’t need surgery to fix the ailment, according to ESPN’s Adam Schefter. He is hoping to take part in this month’s NFL Combine and Colorado’s March 11 pro day.”

Shenault dealt with a core muscle injury during this past season at Colorado, per Schefter.

Shenault is projected to be among the second-tier of wide receiver prospects in this year’s draft class. With a stacked class at the position, 5-6 wide receivers could be selected in the first round.

Shenault is likely to be considered with the likes of Clemson’s Tee Higgins and TCU’s Jalen Reagor, who are slotted behind Alabama’s Henry Ruggs and Jerry Jeudy and Oklahoma’s CeeDee Lamb in the wide receiver prospect pecking order.