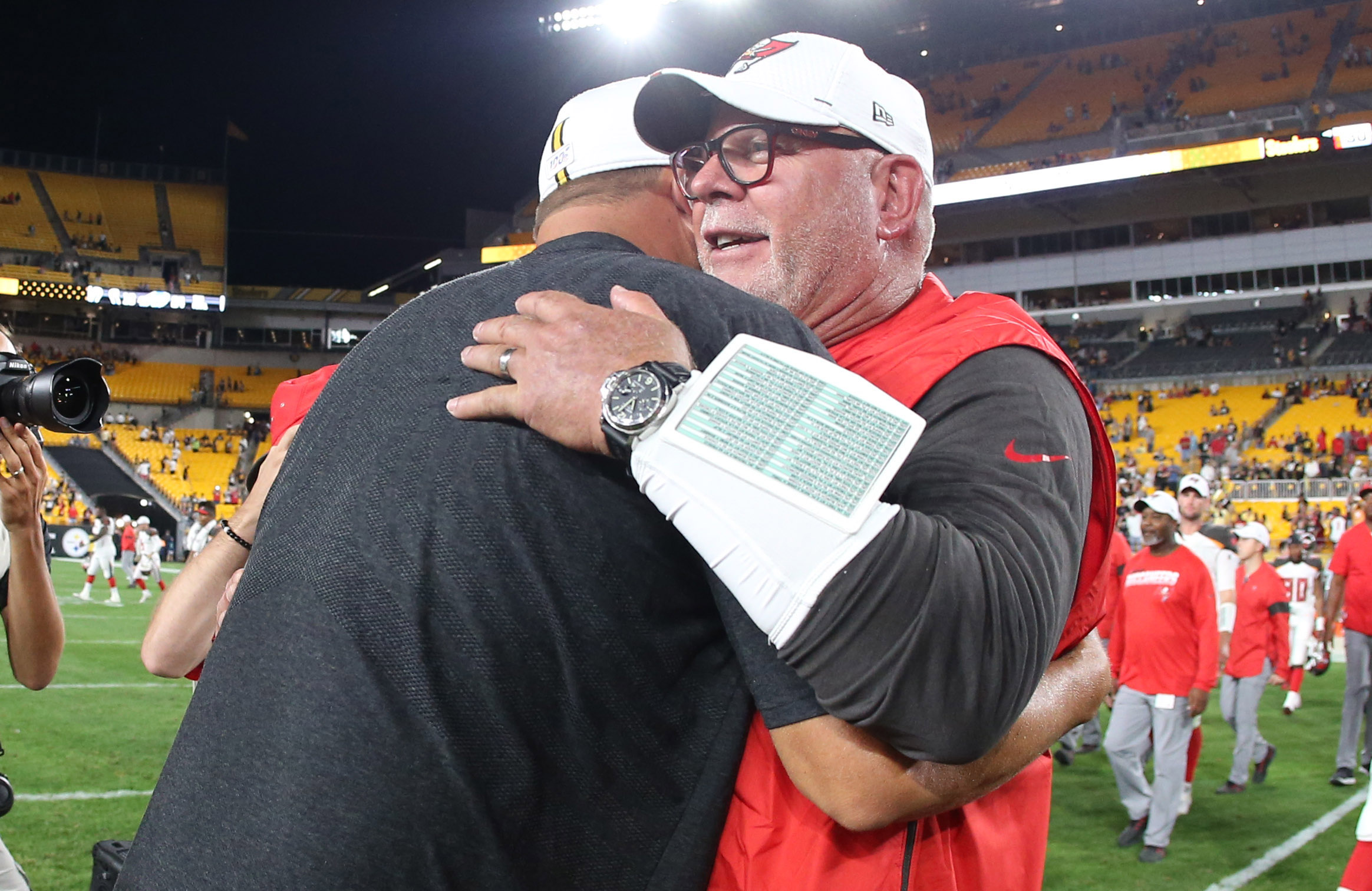 Bruce Arians has been referred to as the quarterback whisperer, as he’s worked magic and got the most out of some well-known signal-callers in the past decade, such as Ben Roethlisberger, Carson Palmer, Andrew Luck an dothers.

And now he’ll be getting to work with the GOAT.

The Bucs signed Tom Brady in free agency a few days ago, and now one of the most innovative offensive minds in football will have the opportunity to draw up an offense based around him — quite a difference from having to do so with turnover machine Jameis Winston last season.

And if you ask Roethlisberger, whose time with Arians dates back to his tenure as the Steelers’ former offensive coordinator, Brady will enjoy working with the Bucs head coach.

“B.A. is a great quarterbacks coach and a great players’ coach,” Roethlisberger said, via Ron Cook of the Pittsburgh Post-Gazette. “Tom is going to love it there. Talk about going from opposite ends of the spectrum with coaches.”

We can’t wait to see the two teaming up to make sweet magic together.