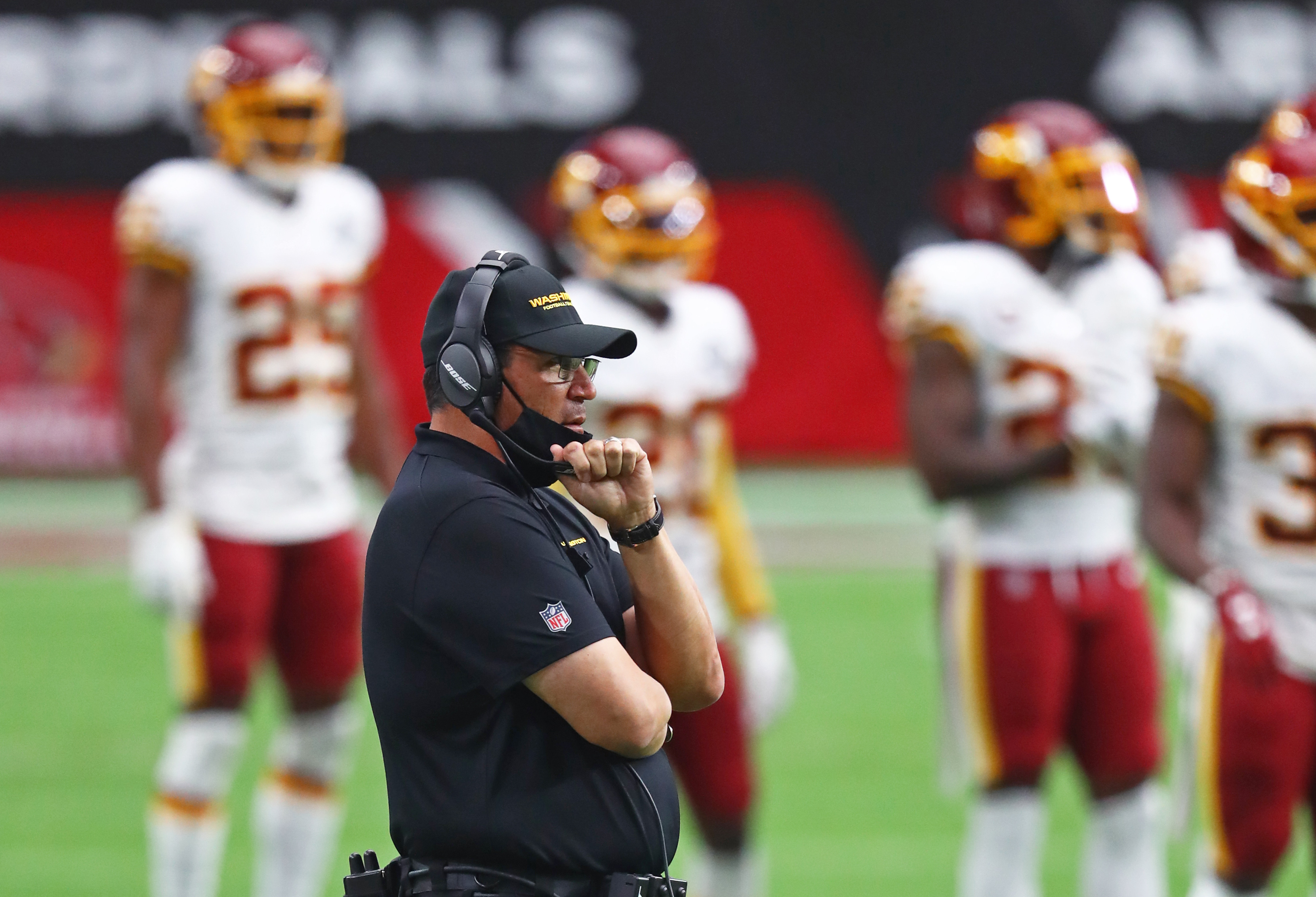 Ron Rivera has elected to move away from starting the Washington Football Team’s incumbent quarterback, and many now believe Dwayne Haskins has started his final game with the team.

But if you ask Rivera, starting Kyle Allen for the team’s Week 5 game against the Rams doesn’t necessarily mean he’s done with Haskins.

Rivera essentially inherited Haskins, as the old regime drafted the Ohio State product, so he’s not married to the 23-year-old signal-caller by any means. And given that Haskins has now been benched, given all his struggles in the past, many believe Rivera has moved on from him.

“By no means have I given up on him,” Rivera said, via ESPN.

“There are things Dwayne was still learning to do that Kyle knows in terms of communicating with the offensive line,” Rivera added. “It’s something as we go through this and progress, Dwayne will learn and see how these things are done.”

That wasn’t exactly a vote of confidence, though.