Packers, Aaron Rodgers Both Need To Be All-In 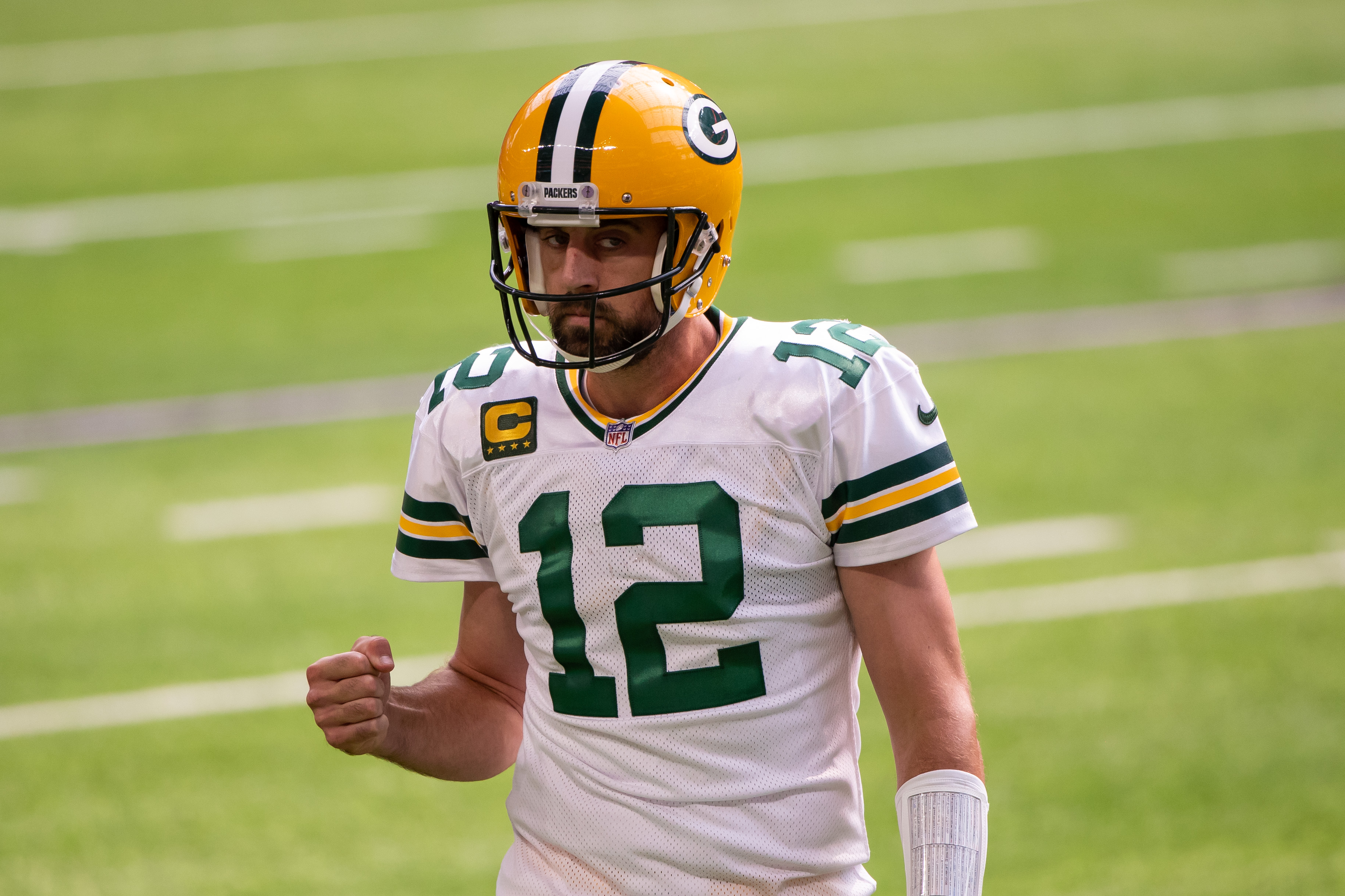 Packers, Aaron Rodgers Both Need To Be All-In

The Green Bay Packers relationship with Aaron Rodgers is at a crossroads. For two years now, the Packers have fallen one game short of the Super Bowl. Meanwhile, Aaron Rodgers realizes his time with the Packers and in the NFL is running out. Rodgers turned 37 this past December and in the 2020 draft, the team traded up to select a quarterback in the first round which means they drafted Rodgers’ potential successor.

How did the quarterback respond? Rodgers enjoyed his best season since 2014 and won his third NFL MVP while setting a career high in touchdown passes (48) and completion percentage (70.7). The Packers led the NFL in points scored.

Many critics have claimed the Packers haven’t given Rodgers enough support and haven’t gone all in to support the quarterback with the weapons he needs to win another championship. They often point to the fact that tight end Marcedes Lewis is the only first-round draft pick to catch a touchdown pass from Rodgers during his entire career.

But as the offseason begins, the Packers are facing a salary cap crunch. The team has already released linebacker Christian Kirksey and offensive tackle Rick Wagner and re-worked the bonus of left tackle David Bakhtiari to free up cap space. Despite that, the Packers are still approximately $13 million over the projected cap floor.

Green Bay has several key players who are about to become free agents including starters like center Corey Linsley, running back Aaron Jones and cornerback Kevin King. They also want to improve the team to make another run at the Super Bowl by replacing some of the players they will likely lose and by adding free agents and other players to upgrade the roster.

The challenge is how to improve the roster while still shedding enough salary to get under the cap. Rodgers has also said he wants to know the Packers are committed to him in the future and to have a bit more security going forward.

The potential solution is a win-win for both sides. The Packers can re-work Rodgers’ contract, changing some of the base salary and incentives to signing bonus. This will spread out the cap hit and free up cap space for 2021. The league is expected to sign new media deals before the start of the 2022 season and that should boost the cap number for that season and beyond.

The re-working of the deal would also make it more cost prohibitive for the Packers to trade or release Rodgers during the remaining three years of his contract. It would realistically mean the Packers have committed to Rodgers as their quarterback through the end of the 2023 season.

In exchange, the Packers need to take that money and use it to sign key players to help the Packers win now. Whether that means re-signing Linsley or Jones or adding a player like J.J. Watt or Patrick Peterson in free agency, GM Brian Gutekunst needs to show Rodgers the team will do whatever it takes to maximize their chances of winning another Super Bowl while Rodgers is still on top of his game.

In the draft, the Packers will need to add players who can address the team’s biggest needs. Yes, the future is important and most rookies don’t contribute a lot in their first NFL season, but the Packers need to show Rodgers they will make whatever selections are necessary to help this team win during the remaining time he will be the team’s quarterback.

Rodgers in turn needs to show he is committed to finishing his contract in Green Bay. He must continue his efforts to win another championship in the time he has left as an NFL starting quarterback.

Winning a championship is a difficult accomplishment. There are 32 teams in the NFL and each year only one team can win the Super Bowl. Rodgers has given the Packers a lot since he became the starter in 2008, leading the team to the playoffs 10 times in 13 seasons. Under Rodgers’ leadership, the Packers have played in five NFC Championship Games and reached and won one.

Even if the Packers go “all in” for another championship, there are no guarantees. They came close in 2020 despite not spending much in free agency and drafting more for the future rather than for immediate help. The team improved because of the improved play of many players who were already on the team.

But a commitment by the team to Rodgers and of Rodgers to the team is the ideal for the team moving forward. The Packers have enjoyed Hall of Fame quarterback play from Rodgers and Brett Favre since 1992 and they have only two Super Bowl titles to show for it. Making this kind of commitment would be ideal if they hope to get a third before Rodgers’ career ends in a few years.