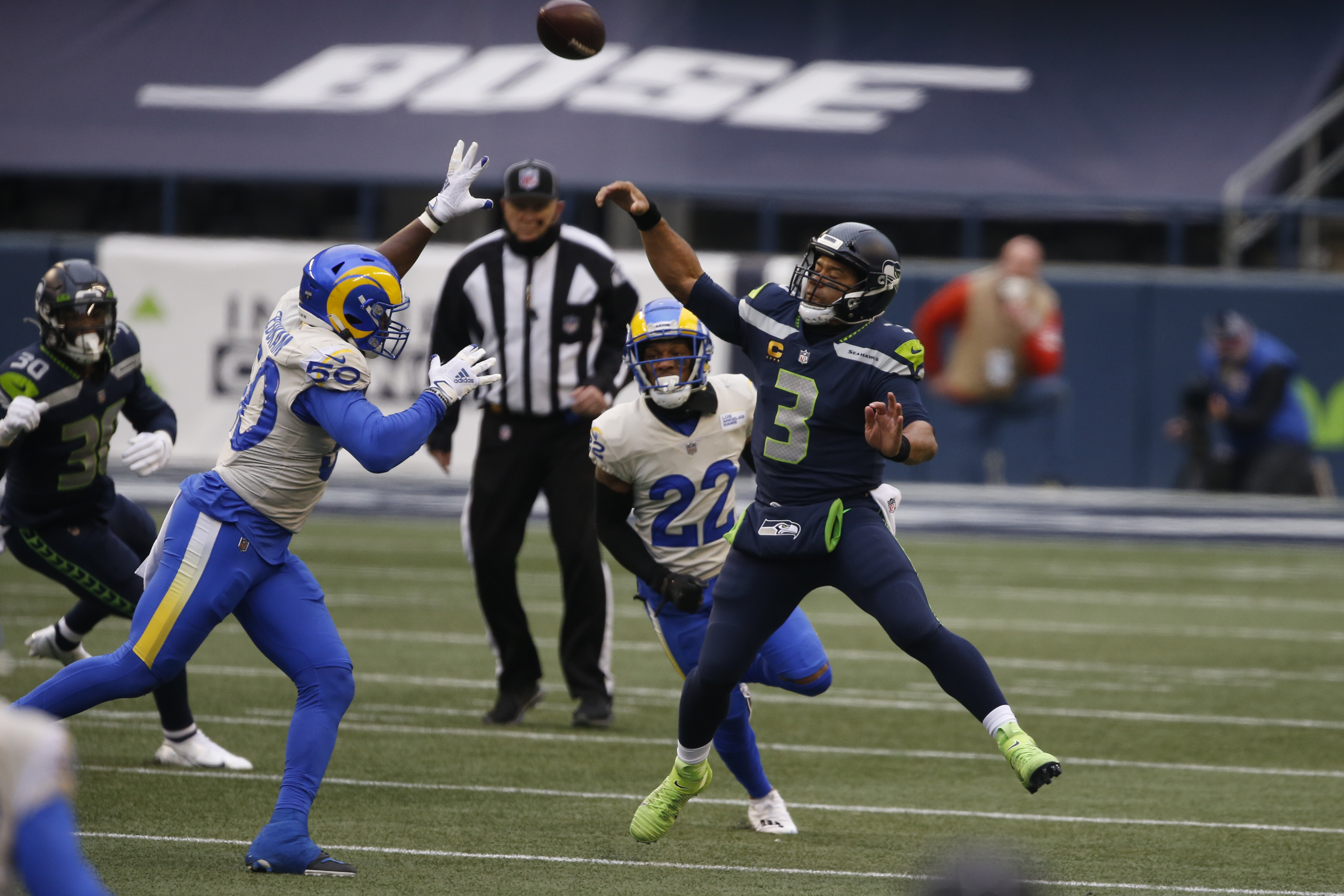 It seems like forever since the Seahawks last won a title, even though, at the time, many were crowning them as the league’s next dynasty.

But it was the Patriots that proved they were still the team to beat, knocking off the Seahawks in Super Bowl XLIX with an end-zone interception by Malcolm Butler. It was a play that will be talked about for years to come, as many have speculated that the Seahawks have never recovered from it, especially given that they were on the one-yard line, with Marshawn Lynch in the backfield.

And they may be right, as Russell Wilson sure hasn’t looked the same, being reluctant to use his legs, and often being a bit predictable, just heaving the ball downfield, looking for the big play.

It’s possible that Wilson grows anxious, though, given how conservative the Seahawks’ play-calling is at times, with the coaching staff often electing to run the football in traditional fashion, making the offense look predictable. And it may be taking a toll on Wilson, as he’s been grumbling about being unhappy in the offense.

Apparently, he and head coach Pete Carroll recently met to try to work out their differences, according to a report from Sports Illustrated. It went on to state that Wilson wants more control on the direction of the team.

Carroll doesn’t necessarily need to hand over the keys to the castle, nor does he need to placate Wilson, but he’ll likely need to give his quarterback a bit more input in the team’s offensive scheme going forward, or Russ may make like difficult for him, similar to what Deshaun Watson is doing to the Texans.