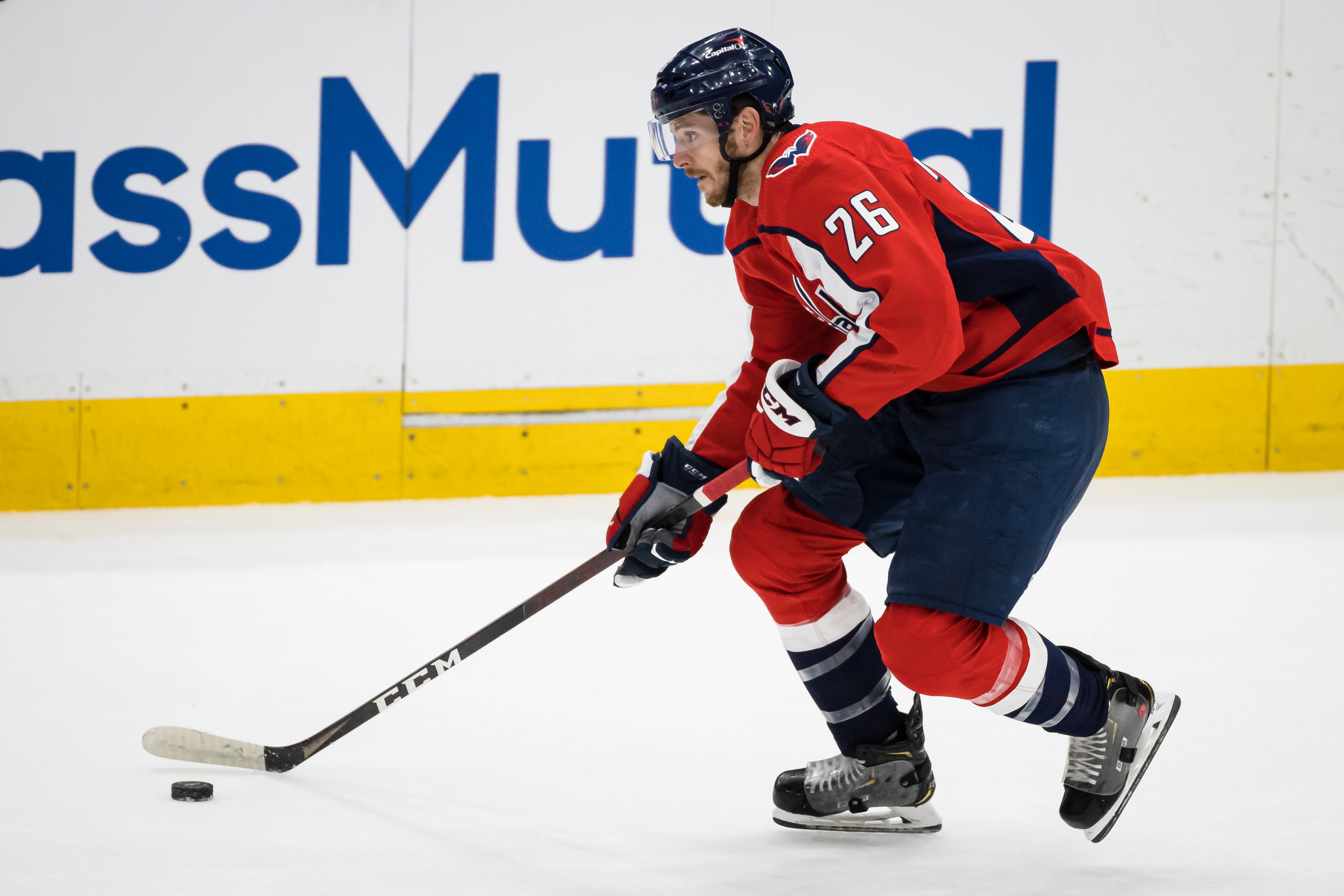 Nic Dowd of Huntsville, AL was the hero on Saturday night in game one of the East Division semi-final series between the Washington Capitals and Boston Bruins. The 30-year-old center tipped in a shot from fellow Capitals American forward T.J. Oshie of Everett, WA, to give the Capitals a 3-2 win at the Capital One Arena in Washington, D.C for his first career postseason overtime winner.

For Dowd, it was his second career goal in the Stanley Cup Playoffs. The first goal came in a 6-0 Capitals win over the Carolina Hurricanes on April 20, 2019. This was game five of the first round of the 2019 playoffs, and put the Capitals up 3-2 in the series at the time. Carolina was able to bounce back however with a 5-2 win in game six and then a 4-3 win in game seven thanks to a double-overtime winner by Brock McGinn of Fergus, Ontario.

Dowd’s overtime winner on Saturday came from Tom Wilson of Toronto, Ontario, and Oshie at 4:41 of the extra period. Oshie and Wilson led the Capitals with two points each. Wilson had one goal and one assist, while Oshie had two assists. The other Capitals goal scorer was Brenden Dillon of Surrey, British Columbia. For Dillon, it was his first playoff goal in 71 postseason games. Dillon had previously played 60 playoff games for the Sharks, eight games with the Capitals, and two playoff games with the Dallas Stars without scoring a goal.

There have been three playoff games in the 2021 Stanley Cup Playoffs so far and all three have games have gone into overtime. The New York Islanders beat the Pittsburgh Penguins 4-3 earlier on Sunday, and then the Minnesota Wild defeated the Vegas Golden Knights 1-0. All three games were decided in the first overtime period.

A major reason for the Capitals win on Saturday was the play of third-string goaltender Craig Anderson of Park Ridge, IL, who was brilliant in coming in relief for Vitek Vanecek. The series between the Capitals and Bruins resumes on Monday.