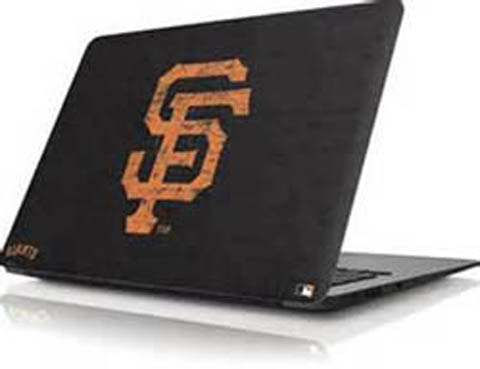 The Major League Baseball landscape in San Francisco is a contorted mishmash as we pause at the All-Star break to assess what the official plans and goals are for the Giants now and in the future.

The upcoming MLB trade deadline is the first big test that President of Baseball Operations Farhan Zaidi will fully own since his hiring last off-season.

After August 1st, this franchise will begin to have his DNA all over it, one way or another.

What has been often painful to watch this season is the pull between what Zaidi obviously knows needs to be done and his attempts to also appease the team’s skitterish fanbase and ownership group.

Throughout the first half of the 2019 season, Zaidi’s various comments and interviews in the San Francisco Chronicle form a tortured picture of someone trying to make a cake from scratch and at the same time give everyone a nice big slice.

It’s the “we want to be competitive now and rebuild for the future” drivel we’ve occasionally heard since before Spring Training last March.

Which is ultimately a losing strategy consisting in equal parts of bad timing and false expectations.

Make no mistake about it, Farhan Zaidi inherited in the Giants a badly damaged professional sports franchise, but also one with a distinguished pedigree and a celebrated history.

The balancing act here for Zaidi has been to publicly smile and say the right things while at the same time working in the background to reconstruct this failed organization from the foundation up.

In the process, there are serious inbred difficulties to overcome, including a too-compliant fanbase and the local baseball media’s relentless old-school bias.

As I’ve noted before, over the last ten years Giant fans have been trained by the team’s front office PR machine and their TV and radio broadcasters to value player personalities over player performance. To do otherwise, they suggest, means you are not a loyal Giants fan.

Emphasizing that type of “branding over baseball” results in a lack of critical thinking and informed opinion. Which is also the way the Giants’ front office historically approached their overall franchise strategy.

For East Coast and Midwest baseball fans of teams like Boston, the Yankees, the Cubs and St. Louis Cardinals that kind of subservient fan relationship is not only distasteful, it is the ultimate in disloyalty.

Those fanbases have only one bond and goal: winning baseball games and championships. Individual managers, players or front office execs who don’t get that done are… well, they’re done.

The SF Chronicle baseball media continues its pathetic guerilla war against the information revolution, doing its best to incite old school fans to grab some torches and pitchforks whenever they hear the word “analytics”.

You know you’re headed into Neanderthal territory when some dense Bay Area media hack starts a sentence with, “Hey, you can throw out all the numbers…”.

Right. Accurate measures of specific player and team performance are meaningless in baseball. Instead, just feed me another cute player story that involves either motor scooters, a funny impression, or some kind of clubhouse high-jinks.

Here’s a couple of numbers to ponder at the All-Star break:

Throughout the first half of the 2019 season Farhan Zaidi spent a great deal of time tinkering with line-ups, specifically trying to find a viable outfield set-up that could provide decent defense.

After 67 games, touted “center fielder of the future” Steven Duggar (.620 OPS) continues to not produce at the plate. He’ll turn 26 this year and has been sent down to the minors.

Zaidi also tinkered with a number of back-up catching options in the early part of the season before settling on Stephen Vogt (.252/.319/.456).

The idea here was to find stabilizing pieces to get through what was obviously going to be a very difficult year.

But the time for tinkering is over.

Zaidi’s Ownage Begins Right Now
So what does Farhan Zaidi intend to do before the upcoming trade deadline? How far does he go to make a clean break from the dismal failures of the past four years?

You’ll know that Zaidi has pandered to the existing baseball culture in San Francisco if Madison Bumgarner isn’t moved.

With age and injuries Bumgarner’s talent isn’t what it was years ago and now he’s just a two-month rental– so he won’t fetch much back at this point.

But the Giants need to get something in return for him, anything, before he sails into free agency this off-season.

This is precisely where Zaidi could snag some serious future talent for San Francisco’s farm system.

Any additional trades will be more than welcome—there isn’t a player on the 40-man roster that shouldn’t be expendable on a team that’s been going nowhere for years.

And the return? Get maybe a couple of Major League veteran players to help finish out the season with some amount of dignity and, more importantly, a fistful of minor league mid-range prospects, some of whom could blossom over the next three or four years.

Here’s hoping that San Francisco’s Ops President Farhan Zaidi has the resolve and the authority to begin seriously reshaping the San Francisco Giants.

The time is now and it can’t happen fast enough.