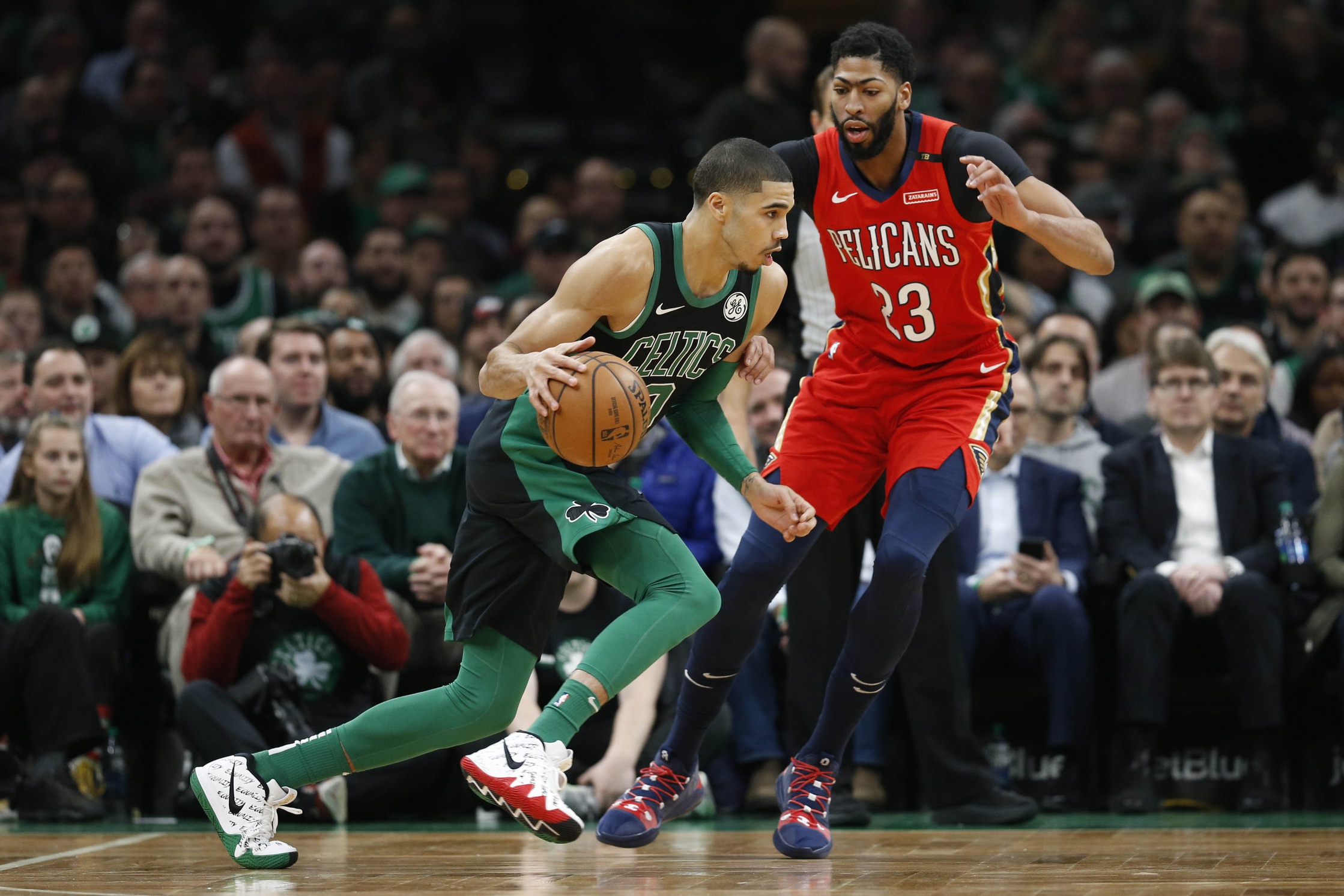 Latest offer to Pelicans from Lakers is Ingram, Ball, Kuzma, Zubac, Hart and two first round draft picks. A Boston deal in offseason is expected to look like this – Tatum, Smart, Williams, Horford and up to 3 first round picks.

With all due respect to Arizona sports talk radio host John Gambadoro, this offer is a tad bit preposterous for a player who isn’t willing to sign an extension.

There’s also the small fact that it doesn’t work because Boston is shipping out $47 million in salaries and receiving $37 million (I even threw in Solomon Hill).

The Globe’s Adam Himmelsbach has reported the Celtics are willing to make an explosive offer:

According to league sources, the Pelicans reached out to the Celtics this week to discuss the framework of a possible Davis deal, ostensibly to ensure that if they pass up on other offers before Thursday’s deadline, it would be for good reason.

Sources said the Pelicans have sought guarantees from the Celtics surrounding specific packages, but the Celtics have been reluctant to make absolute promises, simply because so much can transpire in five months, such as injuries. Nevertheless, sources said, the Celtics have made it clear that they will be ready and willing to offer an explosive package when the time arrives, and that no specific player will be off-limits in negotiations.

I love Anthony Davis but I’m not ready to sell the farm, especially without the extension commitment. No extension, no Tatum. Period.

As far as the Lakers chatter:

Nearly 3 hours away from the NBA's trade deadline and … the Lakers-Pelicans talks on Anthony Davis are dormant, league sources tell ESPN. No communication, nor an expectation that they'll even speak today. Pelicans seem content to run out the clock.