For the San Francisco Giants, the Old School is Always In Session

Let’s get one thing out of the way before those of you enjoying an adult beverage do a spit-take and waste good alcohol. Yes, it’s actually OK to talk about baseball in the third week of April and discuss how MLB teams are doing.

We incessantly hear “it’s just a small sample size” or “it’s way too early” to say anything about the current MLB season. And I get it, over 162 games a lot can, and will, happen.

So, then what? We’re supposed to sit on our hands and shut the hell up about baseball until the All-Star break? Not on my watch.

The San Francisco Giants have played 15 games, and a number of interesting trends and patterns are evident in understanding where this team is going and how they’re getting there. 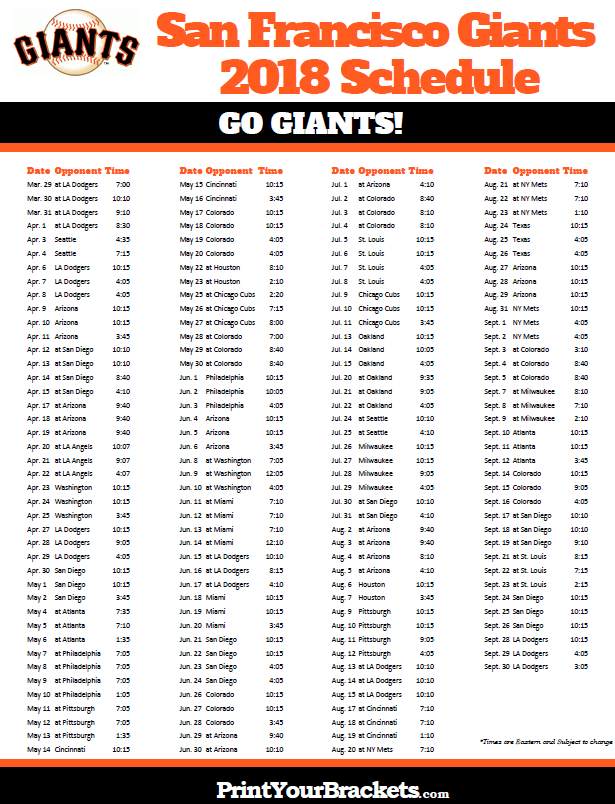 It’s a simple shortcut that allows us to discuss opponents’ level of play without going into endless discussions and statistics.

Their 6-9 record actually reflects what the likely outcome of those games would have projected to be for a team like the Giants (although where the wins and losses came from are not in line with my team ratings. Hey, it’s early).

The easy side of the schedule for San Francisco have been the three off-days and one home rain-out– an extraordinary number of “rest” days this early in a season.

Beyond Snarky Comments About Players’ Ages, What’s Going On?

Overall, the first thing that jumps up is that SF’s run production so far has been exactly what’s it been the past three seasons—that is, absolutely terrible.

2) Bruce Bochy’s immovable devotion to “old school” line-up management. The structure of San Francisco’s batting line-ups has worked against the Giants for years, adding an extra barrier for a team already struggling with run scoring issues.

The good news is that even though McCutchen and Longoria (31 and 32 years old respectively) are clearly past their best production years, there is a reasonable expectation their numbers could improve going forward.

The bad news is Bruce Bochy’s grumpy insistence on playing the game like it was still 1975. And the result so far in 2018 is a -15 run differential, 4th worst in the National League.

At best, Jackson has been a part-time player the past two years and has no power. Over the last five seasons Jackson hit 30 home runs (an average of 6 a season).

And did I mention his fielding is below average for center fielders? Jackson’s Rtot (from Baseball-Reference) is -27. (Rtot is the number of runs a player is worth based on the number of plays made).

For some reason Austin Jackson just looks like a lead-off hitter to Bruce Bochy. Not only is he an unproductive lead-off hitter, Jackson should only be a part-time platoon player.

Team at-bats and innings pitched are extremely valuable, perishable resources—you only have so many in a game, a series, a season. And every spot on the 25-man roster is like gold.

At least, that’s the way winning organizations look at it.

So far this young season, Pence and Jackson have wasted 90 at-bats with highly negative results. The question is, how much longer will Bochy stick with his “management-the-way-it-used-to-be” approach?

But back to the Giants line-up.

While most 21st century MLB organizations understand the advantage of batting their “best” hitter second in the line-up, Bochy continues to bat Buster Posey 4th. (Moving a high OBP hitter from 4th to 2nd in the batting order means more at-bats which equates to more runs scored.)

So batting Buster Posey 4th can’t be about “power”. What it is about is tradition. That’s the old school spot to hit a player like Posey, so he hits there.

Buster Posey has a .370 OBP so far this season, and a lifetime .376 OBP. Every game Bochy bats him in the 4 slot is potentially costing the Giants run scoring opportunities at a time when they cannot afford to squander any opportunities to score runs.

How is the Local Sports Media Dealing with the Giants’ Early Season Woes?

Last Sunday morning on a Bay Area Giants sports talk radio show the host and one of the San Francisco Chronicle’s luddite sports columnists were complaining about several recent umpire calls that went against San Francisco. (Which is always the last refuge of whinny, illiterate media sports talk.)

They excoriated one umpire for a “bad” strike call (it wasn’t) that ended a game with a Giants loss, and then complained bitterly about an instant replay that went against San Francisco in another game.

The two old school fuds ranted and raved about the evil of instant replay reviews, and each time they referenced the replay that went against the Giants it got longer.

First the review took “several minutes” to do, then it was “five minutes long”, and finally they said it took “ten minutes” for the replay to get done. Which was an unintentionally hilarious moment.

As far as the home plate strike box graphic used in most televised baseball broadcasts, for the Giants TV broadcasters the criticisms about close pitches only go one way.

When a Giants pitcher has a “ball” called a “strike”, it never gets mentioned. When an opposition pitcher gets the same call, it’s used as an excuse to rationalize why the Giants are losing games.

We have covered the pitfalls of being a one-dimensional team like the Giants. Every time a San Francisco starting player gets injured (as key players predictably do on every team every season) there’s no back-up, no league-average replacement depth.

Depth is not about more money, it’s about forward-looking 25-man and 40-man roster construction. And winning teams with a lot less money than the San Francisco Giants get that done.

In the early days of the 2018 season, the reason the Giants are losing games has nothing to do with evil umpires or player injuries. San Francisco is losing as the result of not scoring runs, their less than talented bullpen being continually chewed up, and zero roster depth.

So can the Giants get this runaway train back under control as we race to the end of April? I’ll be optimistic and say “unlikely”.