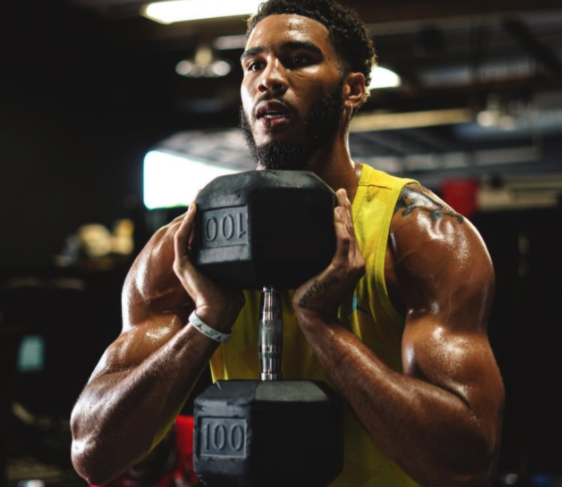 Physicality is an aspect of Jayson Tatum’s game he’s needed to work on, and apparently, he’s spent the offseason to do exactly that.

Tatum entered the league at 205 pounds, and given his large, 6”8″ frame, he was viewed as lanky.

But in today’s NBA, it’s important for players to be both long and muscular, otherwise their effectiveness in the paint can be compromised. Not only that, it can also affect their durability.

That’s probably why Tatum has been working out hard during the offseason, clearly having put on at least five pounds of muscle, judging by these photos.

Hide ya favorite players and your wives. First-team Tatum is otw! 🦍🏀 pic.twitter.com/z3zi5IMJQ3

Looks like he’s been hitting the gym hard for both arm and leg day.