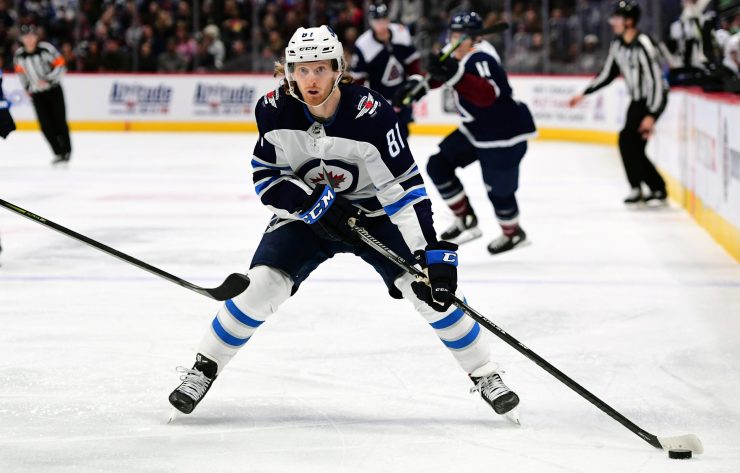 For the second straight night in the National Hockey League, a player scored all three of his team’s goals in a victory. On Wednesday, Los Angeles Kings center Travis Moore of  Thousand Oaks, California accomplished the feat in a 3-2 Los Angeles win over the Edmonton Oilers. Then on Thursday, Winnipeg Jets left winger Kyle Connor scored the Jets’s only three goals in a 3-2 win over the Anaheim Ducks at the Canada Life Centre in Winnipeg, Manitoba.

Connor scored his first goal of the game at 12:32 of the second period on the power-play from Canadians Pierre-Luc Dubois of Ste-Agathe-des-Monts, Quebec and Josh Morrissey of Calgary, Alberta. At the time, Connor tied the game at one. Connor then put the Jets up 2-1 with five minutes and 45 seconds left in the game from Canadians Sam Gagner of London, Ontario, and Mark Scheifele of Kitchener, Ontario. Then after the Ducks tied the game 28 seconds later, Connor scored the game-winning goal from Neal Pionk of Omaha, Nebraska and Scheifele with 54 seconds left in the regulation to close out the scoring and give the Jets a 3-2 win. Connor scored three goals on six shots.

In 15 games, Connor has five goals an 10 assists for 15 points. He was a +1 with two penalty minutes, six power-play points, two game winning goals, 54 shots on goal, five blocked shots, 12 hits, eight takeaways and nine giveaways. Connor’s two penalty minutes came from a tripping penalty in a 5-1 Jets win over the Dallas Stars on November 8. The tripping penalty was noteworthy because Connor only had four penalty minutes all of last year in 79 games in winning the Lady Byng Trophy. Also in the Jets’ win over the Stars, Connor had three assists. The games on November 8 and November 17 were the only two times Connor has three points in a game this season.

Second in the Central Division

The Jets are 8-1-1 in their last 10 games, and are second in the Central Division. With 21 points, they have one less point than the first place Dallas Stars.