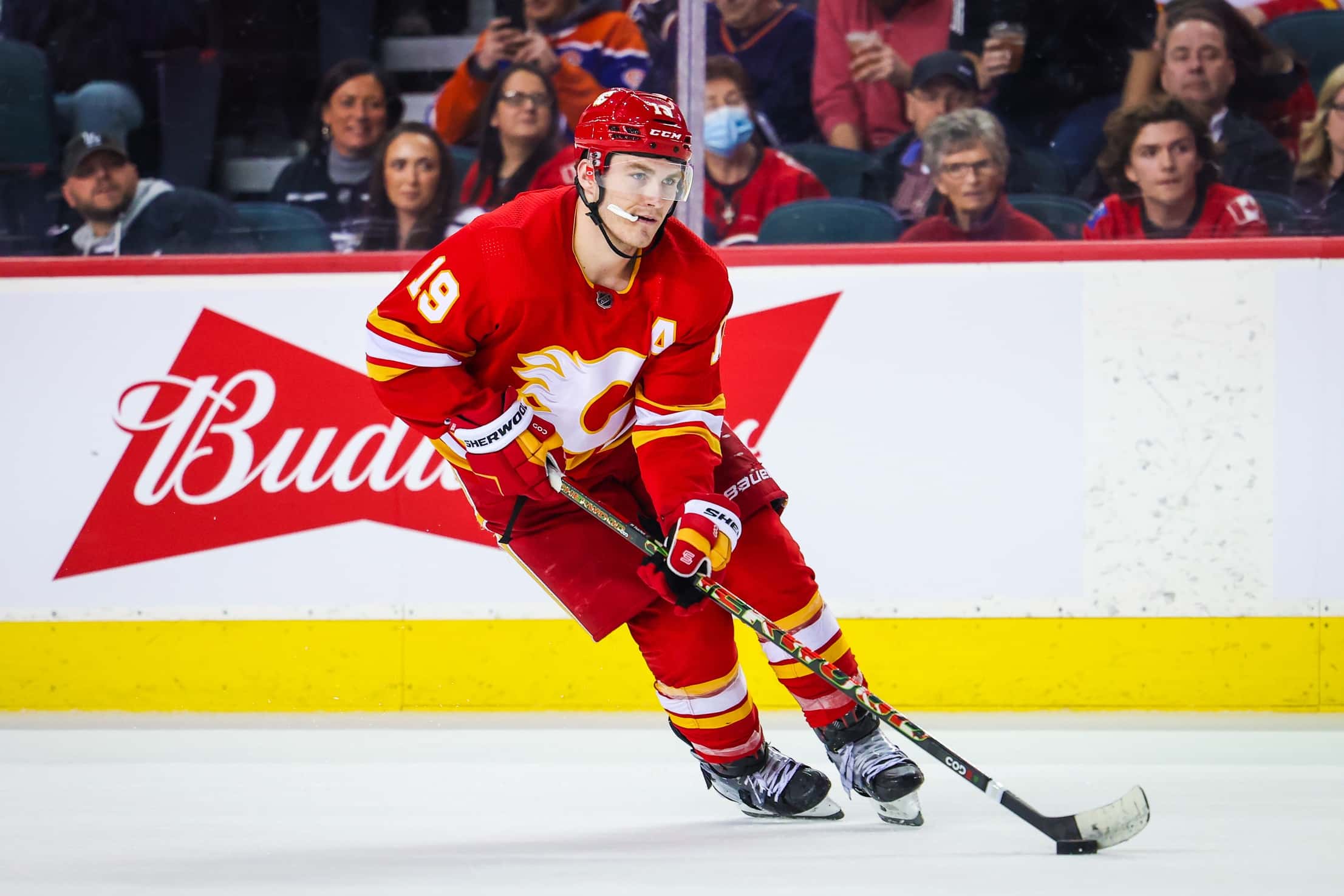 The primary reason why the Calgary Flames beat the Dallas Stars in the first round of the National Hockey League Stanley Cup Playoffs was because of outstanding defense and goaltending. Flames goaltender Jacob Markstrom of Gavle, Sweden only gave up 14 goals in seven games, and had a shutout in game one of the series, a 1-0 Calgary win on May 3.

On Wednesday night in game one of the second round, the Flames were able to win with great offense despite a poor performance by Markstrom. It just so happens that the Oilers duo of Mike Smith and Mikko Koskinen provided the Oilers with even worse goaltending in a 9-6 Calgary win.

It was a memorable night for Calgary Flames left winger Matt Tkachuk of Scottsdale, Arizona. Tkachuk registered his third career National Hockey League hat trick and first career postseason hat trick. Tkachuk’s two prior NHL hat tricks came in a 6-3 Flames win over the Vegas Golden Knights on March 10, 2019, and in a 5-3 Flames win over the Seattle Kraken on April 12.

On Wednesday, Tkachuk scored the Flames’s sixth, eighth, and ninth goals. Tkachuk put the Flames up 6-2 on a goal from Johnny Gaudreau and Tyler Toffoli. He then put the Flames up 8-6 with an unassisted marker at 8:55 of the third period. Then with 2:11 in the third period, Tkachuk scored from Elias Lindholm and Gaudreau into an empty net to put Calgary up 9-6 to close out the scoring. A month ago we stated that the Tkachuk/Gaudreau/Lindholm line was the best line in the NHL, and on Wednesday they combined for eight points. In game two of the series, the Flames are at -175, and the Oilers are at +158 according to betonline.ag.

Related: Calgary Flames Have the Best Line in Hockey

Matt’s dad Keith also had a hat trick in the Stanley Cup Playoffs. That came on May 7, 2002 in a 6-1 St. Louis Blues over the Detroit Red Wings in game three of the Western Conference semifinals. Keith Tkachuk also had nine NHL regular season hat tricks.