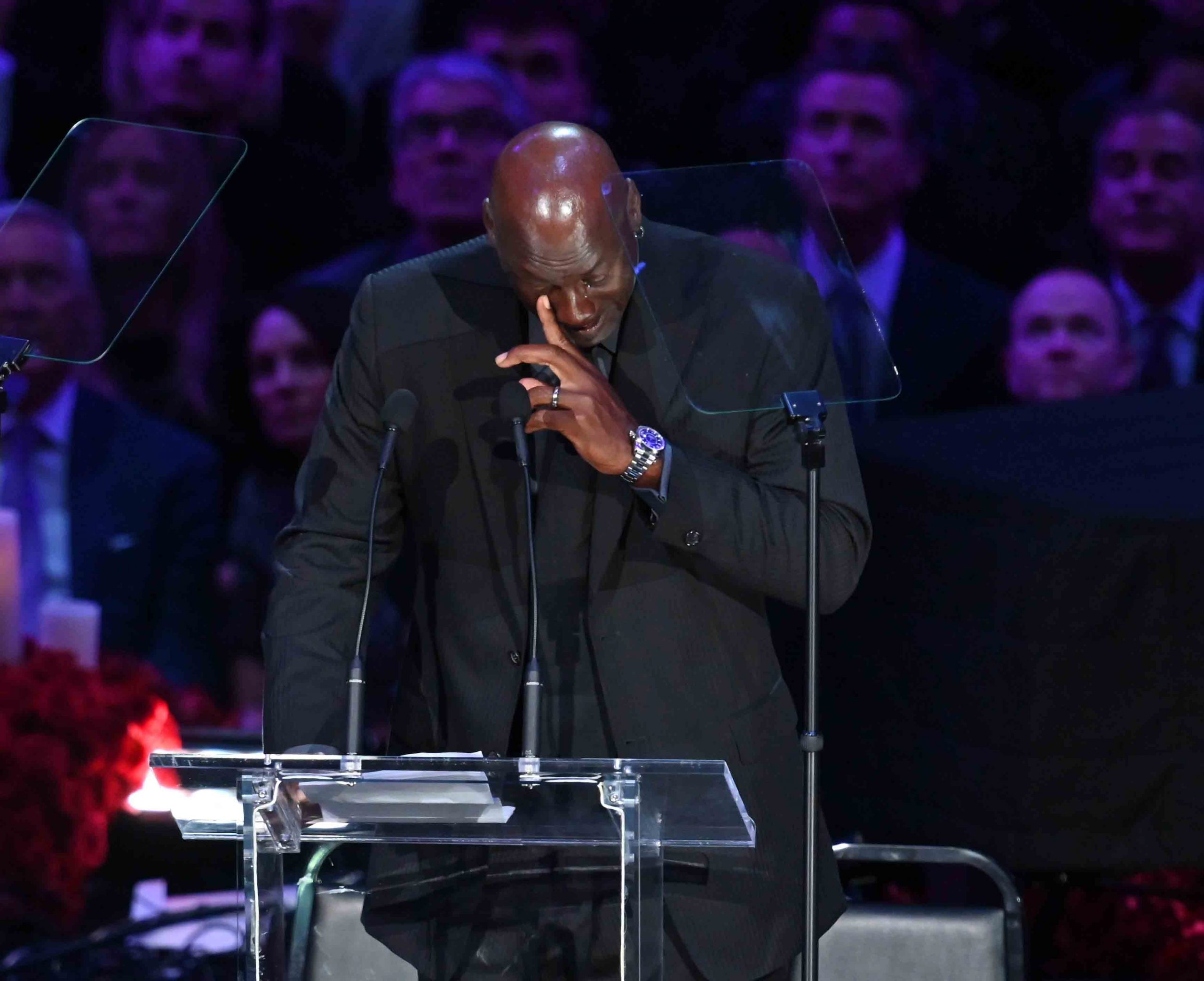 A number of NBA players — both past and present — attending Kobe Bryant’s memorial service at Staples Center on Monday, but one particular legend delivered one of the most powerful speeches of the afternoon.

Michael Jordan played against Kobe Bryant for a number of years, as the two fierce competitors shared a lot of similarities in their game. They both had beautiful fadeaway jumpers, and the drive to always be great, with a passion for winning. Together, they combined for 11 NBA rings, and they dominated their respective eras.

As such, MJ was asked speak at Kobe’s memorial, and he delivered a powerful, moving speech. He did, however, manage to inject some humor into it, with a funny “crying Jordan” meme joke.

You can watch the entire speech in the video below (with the “crying Jordan” meme joke at the 4:50 mark).