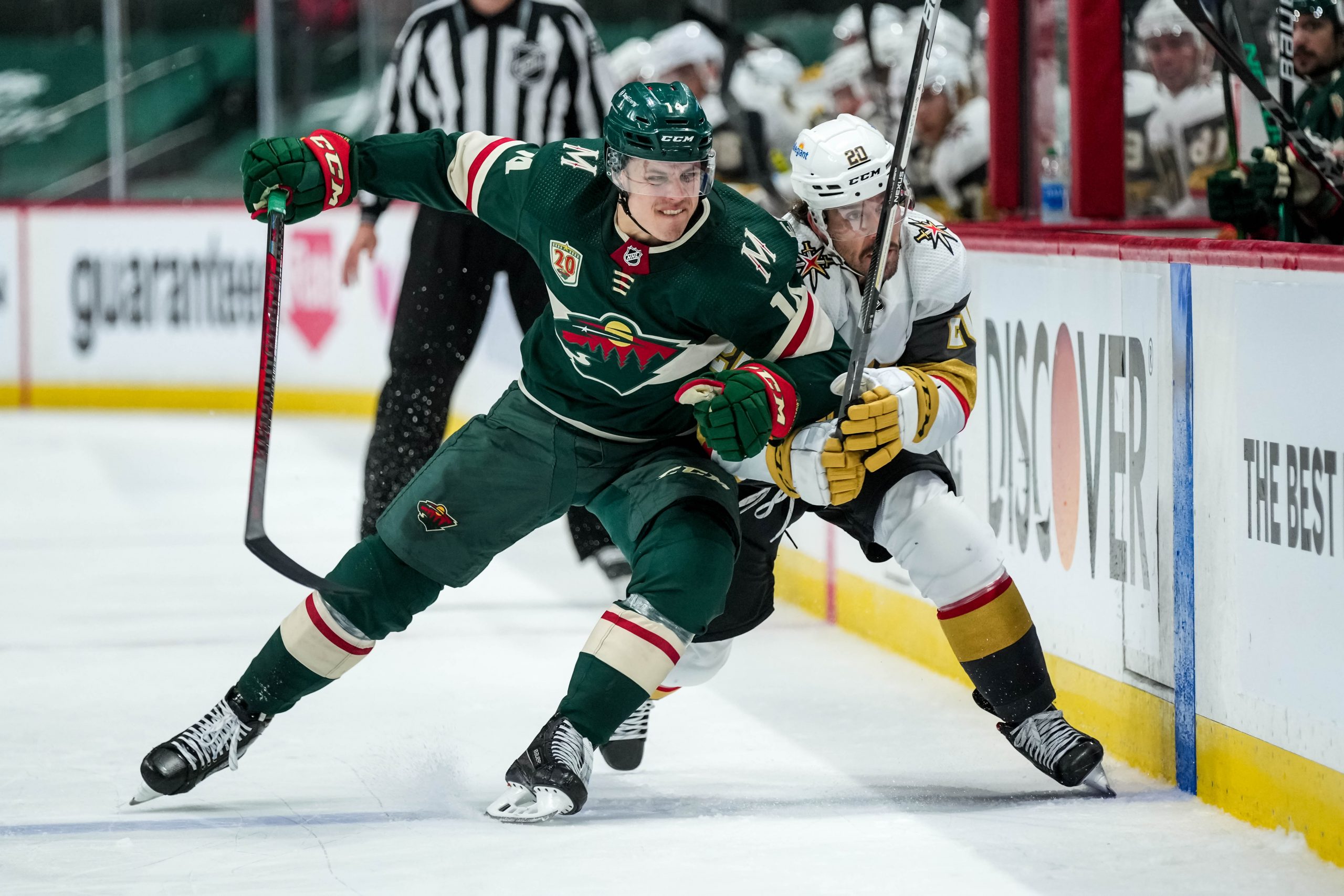 Disappointment is a common human experience. We all deal with at different times in our lives and at varying degrees. On a daily basis, we’re usually exposed to minor disappointments, due to things like annoying co-workers or customers, frustrations with the morning commute, and the list goes on. It can make for rough parts of the day, but eventually you get over them. It’s the bigger disappointments in life that can make or break a person. Some of us are able to bounce back and rise above the disappointments. Some of us will be faced with crippling anxiety or depression. If you’re of that second group, I urge you to reach out to the resources that are available. It’s been a rough year or so, and it’s forced us to talk more openly about mental health. It may be one of the silver linings of 2020, if it’s allowed all of us to be more open with how we’re feeling. And even if you don’t know what resources are available to you, please reach out to a trusted friend of family member. If you’re the trusted person that is reached out to, please listen and help them find the resources they need.

Considering the past year we’ve experienced, many of us are still experiencing video conference meetings on a regular basis. Now, all of my work meetings are done via video conferencing, as I’ve always worked from home. I personally love the video meetings, because it gives me that face to face interaction with my co-workers and manager. For those of you who have only worked from home during the past year, those meetings may not be enough for you. I think we’re seeing that disappointment and frustration now during the Minnesota Wild’s post-game press conferences. You get two players, sitting at a table, and the questions are coming from Zoom, Google Meets, Microsoft Teams, or whatever video conferencing program being used. The frustrations of this series and the (almost) indignity of doing a press conference via computer were on full display after Saturday night’s loss. In that conference, the absolute feelings of dejection were evident in the body language of Joel Eriksson Ek and Kevin Fiala. And Fiala’s words definitely clarified their body language if there was any ambiguity:

“It’s not just shots, it’s great opportunities that aren’t going in. So, yeah, what can I say?” ~ Wild forward Kevin Fiala after Game #4’s 4-0 loss

Now, there’s one thing you should know about this particular blog. We’ve been all about accountability of the roster, coaching, and front office from the beginning. And yes, that accountability extends to all players, even stars like Kirill Kaprizov. Now, I’m not here to rag on him, as we’ve all seen that he has no time or space on the ice. However, we are beginning to wonder if he’s playing injured and either he or the team is refusing to say something. I’m also mentioning Kaprizov, because on one podcast’s Twitter feed, they’ve stated they “won’t tolerate slander of any kind in regards to Kaprizov.” Okay, not sure if you understand what slander is, but knock yourself out. But anyway, we need to discuss the officiating in this series. I’m not sure if it’s even officiating at his point. I’ll get to that in a bit. It’s just that it’s very, very rare where we will point towards officiating as a reason for a game’s result.

When you think back to Saturday’s press conference, Eriksson Ek has had goals waived off in two consecutive games. Anyone who had experienced that, would have that body language. If I was Eriksson Ek, I’d begin to wonder who I pissed off in the league, that I felt like I had a target on my back. The kicker about Saturday’s goal, is that he’s not the one who committed the infraction. And speaking of the infraction. WHAT infraction? I have never seen a player skate that arc of the crease so perfectly in order to stay out of the crease like Marcus Foligno did. When contact did happen, it was the fault of Marc-Andre Fleury. The fact that the goal was waived off is the cruelest of jokes. As I’m sure you’re well aware of by now as Wild fans, is that Vegas committed the exact same infraction during the regular season against Minnesota. Yet, their goal was allowed to stand. That is the indignity in this all. Where is the consistency?

And to continue on my berating of the officiating, someone has to. As we all know, the team and their players aren’t allowed to say what they’re really thinking and feeling. So it is left to the bloggers and beat writers to speak. However, I think every fan would have greatly appreciated if head coach Dean Evason or General Manager Bill Guerin had made an official statement, calling out the officiating. From the start of this series, Vegas has been allowed to slash, trip, interfere without fear of retribution. When Zach Parise took the high stick to the mouth, the way things looked on the ice immediately after, it almost looked like it wasn’t going to be called. But I suppose when the lip is clearly split and bleeding, the officials couldn’t sweep that infraction under the rug like the other BS that Vegas has gotten away with. Mind you, when Minnesota has had the rare power play, they haven’t done much with it. Clearly the league has some sort of incentive to make sure Vegas succeeds, at all costs. I have a feeling that Seattle won’t be given the royal treatment that Vegas has.

I would like to see Minnesota come out early tonight and set the tone. Someone needs to lay down some serious hits (not cheap ones mind you) to people like Ryan Reeves or Alex Tuch. Of course Reeves will retaliate in some way, but perhaps if Minnesota can get under Vegas’ skin, and cause them to make mistakes, that would make the difference. And if they can set the tone in the first period, it is absolutely imperative that they maintain that tone for the full 60 minutes, and not just the first period.

1. Play with urgency and desperation ~ One thing that was apparent even towards the end of Game #3, was how Vegas was playing with the desperation and hustle necessary to bail out its goaltender as Minnesota tried to make a push for a goal.  You saw players scrambling, diving and doing the little things to keep the puck out of the net.  The Wild looked like that team in Game #1 and we really haven’t seen that team since.  If Minnesota wants to extend this series to at least a sixth game then it has to find that level of desperation or it will all be over tonight.

2. Crash the net, use Zach Parise on the power play ~ Another thing that was evident last game was Minnesota’s hesitance to crash the net.  Perhaps it was being gun shy after the marginal ‘goaltender interference’ call but that made Marc-Andre Fleury’s job all that much easier when the team decided to beat him from the perimeter.  Minnesota only has 4 goals, and yes two have been called off but almost all of its goals have been the result of crashing the net or from screening Fleury.  The Wild can’t abandon that formula and expect to beat Fleury with wrist shots from the dots; he’s too sharp for that.  Keep it simple and hope the goals aren’t waived off.  Using Zach Parise, who’s been the team’s best ever goal-mouth sniper might help in that regard, especially on the power play.

3. No more passengers ~ Perhaps this kind of goes with my 1st point, but EVERYONE has to be working hard and playing with desperation and urgency.  It can’t just come from the Joel Eriksson Ek-Marcus Foligno, Jordan Greenway and Kevin Fiala.  So for any player not previously named they have to raise their game and play with the same kind of effort shift to shift as these players mentioned above.  If they don’t, I think we all know how it will end this evening. 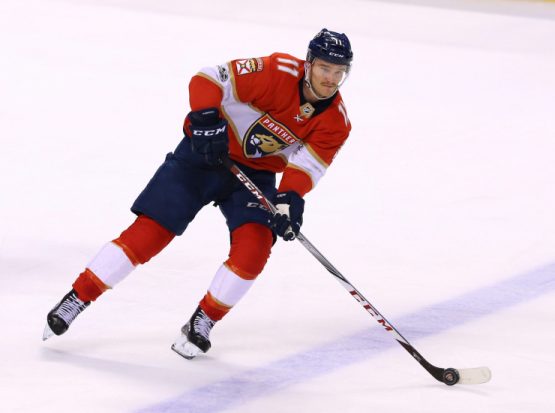 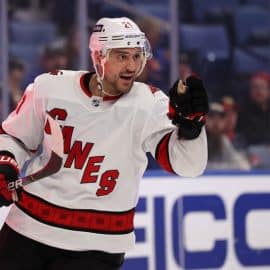 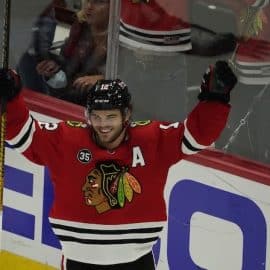 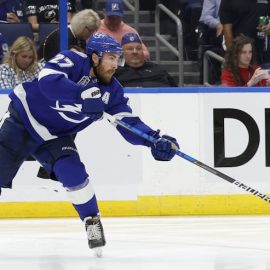