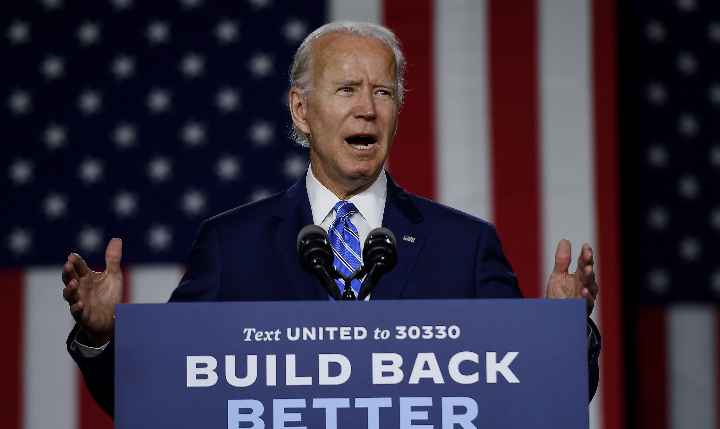 President Joe Biden is in tough, headed towards the 76th week of his presidency facing a record low 17% chance of winning re-election, according to aggregate prediction odds. The former U.S. Senator and vice-president under Barack Obama is currently facing harsh criticism from both opposition and supporters alike. The 46th president won the 2020 election by earning the most votes in US history, but his approval rating has plunged as the United States continues to be rattled by the worst inflation in over forty years, record-high gas prices, as well as a societal upheaval caused by the recent overturning of Roe v. Wade by the United States Supreme Court.

Biden’s chances of being reelected in 2024 are shrinking with every passing day according to the major online betting sites, and while the Democrats are looking to make gains in the November congressional elections, the Biden effect may create a schism among moderates and progressives in the Democratic Party.

Continue reading to learn more about Joe Biden’s chances for re-election in the 2024 U.S. Presidential race.

The President began the month of June with more than half of Americans disapproving of his administration, according to an Ipsos conducted at the end of May. Biden was forced to grapple with a severe shortage of baby formula caused by a large-scale product recall from one of the biggest producers in the United States.

President Biden appeared on Jimmy Kimmel Live on June 8th, the night before day one of the January 6th committee hearing. In the appearance, Biden criticized former President Donald Trump and the Republican party for not ‘playing square,’ stating ‘we got to send them to jail,’ in reference to Republicans’ role in the January 6th attack on the US Capitol back in 2021.

Biden’s off-the-cuff remarks in his appearance on Kimmel, along with the accelerated criticism of the Republicans through the January 6th committee sparked a ripple effect in the opinion polls in the middle of June. The president’s approval rating moved from 42% in the first week of June, to a historical 35% a few weeks later, with a record 60% of Americans disapproving of the Biden administration, according to a Trafalgar poll conducted in late June.

Conservatives aren’t the only group that has criticized the president and his administration. Biden has faced harsh criticism from fellow progressive democrats on the heels of the Supreme Court overturning their ruling on the landmark case of Roe v. Wade (1973), which had guaranteed abortion as a legal right nationwide.

New York congressional representative and social democrat Alexandria Ocasio-Cortez openly criticized the Democratic party on the heels of Roe v. Wade being overturned, stating that the administration and party did not do enough to codify abortion rights into constitutional law. The left-wing populist is a highly influential figure among young supporters of the Democratic party, and her disapproval of the Biden administration has only added to the unlikelihood that the 46th president be re-elected in 2024.

Based on the current betting odds, Biden is lined at +475 via BetOnline to be re-elected in 2024. Based on implied probability, those odds convert to a 17.4% chance, with both Donald Trump Sr. and current Florida governor Ron DeSantis having better odds than the current president.

For more on the implied probability of Joe Biden being re-elected in the 2024 U.S. Presidential election, check out the table below.

President Biden Odds a Long Shot for Re-Election in 2024

President Joe Biden is lined at long shots odds of +475 via BetOnline to win as the incumbent ticket in the 2024 U.S. Presidential election. Biden will have his work cut out for him as two hard-line conservative republicans are gunning for the top position on the odds board. Former U.S. President Donald Trump sr. has remained the betting favorite to win in 2024 since the current president was inaugurated back in January of last year.

A new face has emerged among the betting favorites, as current Florida governor, and staunch conservative, Ron DeSantis is now lined at equal odds of +325 to become the 47th President of the United States.

Current vice-president Kamala Harris has an even lower approval rating than President Biden and is lined at 12-1 odds to be elected as president in 2024, which is a highly unlikely proposition. Should Biden not run in the 2024 presidential election, the only plausible candidate for a replacement is current United States Secretary of Transportation, Pete Buttigieg, who is lined at 22-1 odds to be the next U.S. president.

Here is a breakdown of odds for the 2024 U.S. Presidential Election via BetOnline.