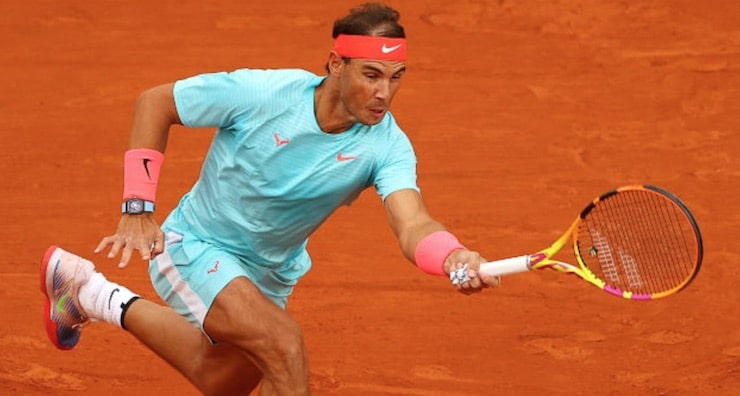 Rafael Nadal continued his clay court brilliance on Sunday by winning the 2022 French Open. It is how Nadal won that deserved rave reviews. He simply clobbered the eighth ranked player in the world, and clay court specialist Casper Ruud of Norway, 6-3, 6-3, 6-0, in winning his 14th career French Open title.

It was only the third time ever that Nadal won a set in the men’s French Open final at love. The first time came in the third set in 2008, when he beat Roger Federer of Switzerland, and the second time came in the first set in 2020, when he beat Novak Djokovic of Serbia. This was also the first time that Nadal bageled his opponent in a set in any match at the 2022 French Open.

Nadal only lost six games in the 2022 French Open final against Ruud. That is the second fewest games Nadal has ever lost in his 14 French Open finals. The fewest was four games when Nadal clobbered Federer 6-1, 6-3, 6-0 in 2008.

Nadal broke Ruud eight times in two hours and 18 minutes. He won 82% of his points on his first serve, and had 21 more winners than Ruud. Nadal had 37 winners, while Ruud only had 16. Nadal also prevented Ruud from collecting a single ace.

According to John McEnroe of NBC Sports and Jon Wertheim of Sports Illustrated, this was the first time ever that Nadal beat four top-10 opponents in the same draw en route to winning the French Open. In addition to beating Ruud in the final, Nadal beat world number nine Felix Auger-Aliassime of Canada in five gruelling sets in the round of 16, 3-6, 6-3, 6-2, 3-6, 6-3, world number one and defending French Open champion Djokovic, 6-2, 4-6, 6-2, 7-6, and world number three Alexander Zverev of Germany 7-6, 6-6. Zverev pulled out because of an ankle injury.