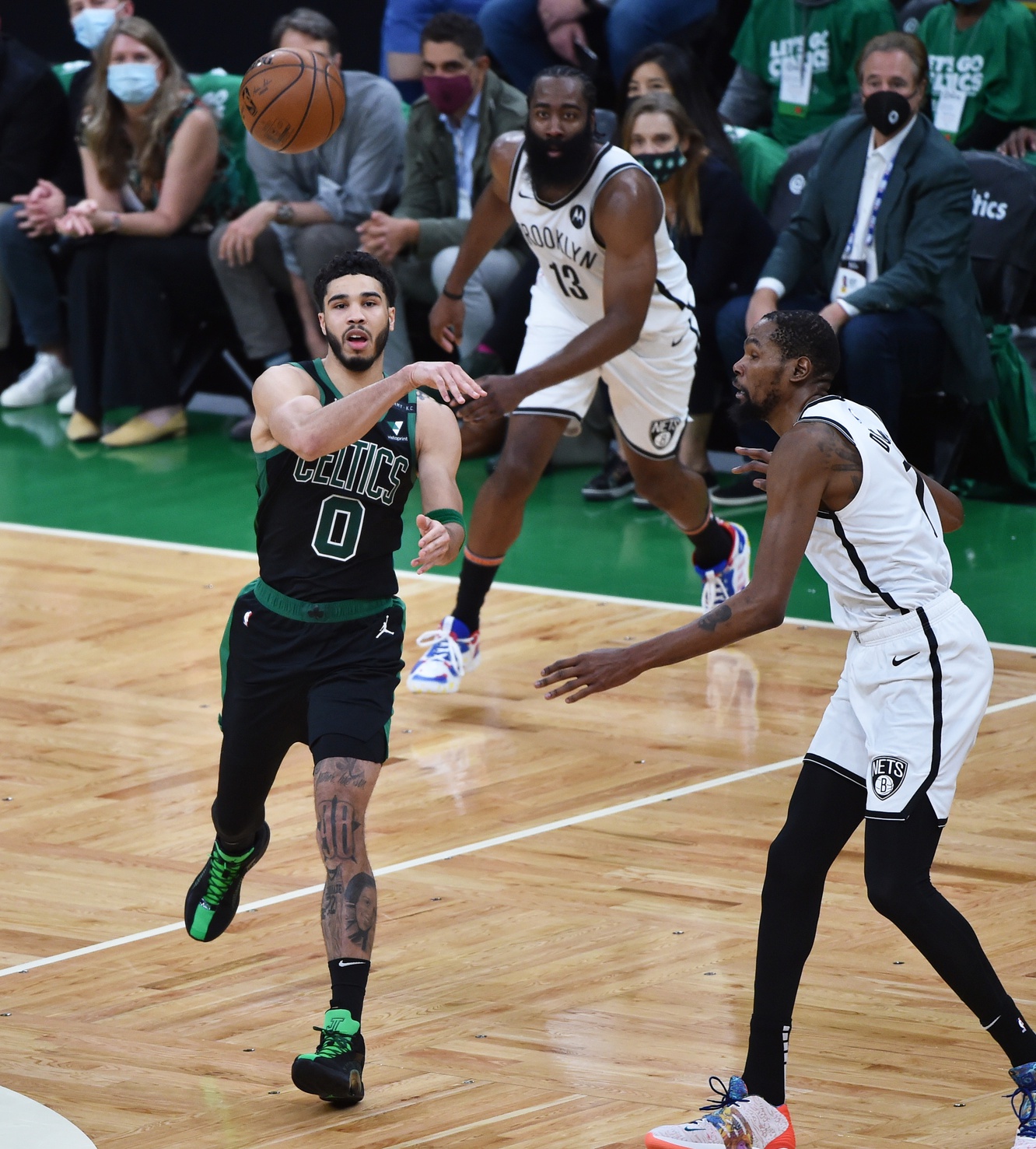 The way this game unfolded, doing a real-time-style recap seemed appropriate. Before we start:

Kyrie was right, Bruce Brown is right, Tristan and Marcus are right, Jaylen is right. Let’s just listen and grow and not use people against each other. There’s a better way forward

As for the basketball:

Celtics down 19-4 before the first commercial break and you can’t even blame it on a lack of effort or heart bc they’re clearly playing with both. This season has been rough.

Although Kemba drew first blood, the Nets offensive buzzsaw quickly screamed to life and started chewing through Celtics defenders’ flesh and bones like confetti. It was all so goddamn fast you could hardly tell whether Boston was truly defending poorly or being blitzed by an unstoppable force. (In this case I’m leaning toward the latter.)

Props to JT for catching fire and putting some cramp in the Nets step, as well as the team overall (led by Marcus Smart) imposing some physicality wherever possible. The Nets’ own defense yielded from the counterpunch, and at the end of Q1, the home team that’d been down 15 was up 33-32.

Jayson Tatum with the block on KD and goes coast to coast for the finish #Celtics Rewind presented by @tmobile pic.twitter.com/ZzpakQYtBT

keep eatin JT, its all you 🙏🏼 pic.twitter.com/3TtR2XPB3k

With Tatum supremely in his bag and Marcus not far off (en route to a 23-3-6-1 line for the game), the Cs continued to pour on as much punishment as possible and held their lead for the early going of Q2. The Nets’ level of firepower meant Boston never got things into blowout territory, but any lead against Brooklyn is one you cherish.

Celtics with a 21-12 edge on the glass. Tristan Thompson looking like the Cav that used to give Al Horford nightmares with 6 offensive rebounds already.

"dont say my cars topless
say the TT's is out" pic.twitter.com/ATOnTmIM8C

Tristan Thompson has been a force and let's it be known on this dunk 😤#Celtics Rewind presented by @tmobile pic.twitter.com/t3lwImgURM

Grant Williams … on the block? pic.twitter.com/zjLoUBzlka

Grant Williams got up to block Harden here: pic.twitter.com/JQJ9wmFa8U

Tatum was undoubtedly the star of the first half, but the Frenchman did start to get his jumper off as halftime crept up on us, with the Cs holding their lead at 61-57.

This gave me no small amount of glee:

IMO, if Kyrie Irving annoys you more than Blake Griffin, you should re-evaluate your priorities. But I digress: Boston kept a small but respectable lead going through the opening of the second half. Brooklyn’s offensive punch had weakened notably as Kyrie seemed unable to get out of a slump. There was no Celtics answer for Kevin Durant, but they had answers for most other Nets players. Also, the Nets had no answer for Tatum or Smart.

He’s on the moon pic.twitter.com/7nNQPINwp9

Marcus Smart is coming up big tonight and knocks down another 3#Celtics Rewind presented by @tmobile pic.twitter.com/xU7ZrRv3yc

But the story had been, and remained, Jayson Tatum.

Jayson Tatum. This is unfair https://t.co/aqHYf1IM4t

With 12 minutes to go Boston held a 96-84 lead. Now, I should note that I’m not always enamored of Bernardoni’s doomerism, but his point below was spot on. It would take the full squad to hold this lead.

Jayson is going to see triple-teams for the next 12 minutes. Kemba and Fournier are going to have to hit the shots and Marcus needs to pick the right shots to take.

Who he left out of that equation was Tristan Thompson, who may tonight have had his best game as a Celtic, racking up 19 points, 13 boards (9 of them offensive) and a dime for the night. As more than a few fans pointed out, it was like the games he had against the Celtics so many goddamn times back in the day!

Celtics might want to get the ball to that 40-point scorer on offense a little more.

Things were dicey in the 4th with Tatum off of the court (and even for the first minute he was back on). Kyrie made a couple of big threes to draw things closer, and James Harden took the reins to score about a third of his total points in the final frame.

But Tatum and Smart just kept pushing, and Fournier made critical jumpers seemingly whenever Brooklyn got within anything resembling striking distance.

Some questionable reffing and one or two goofy fouls got things a bit nail-biting in the final minutes, but in the end Tatum’s Herculean play and the squad’s inspiring effort kept the Celtics alive in a series they were widely expected to be swept in.