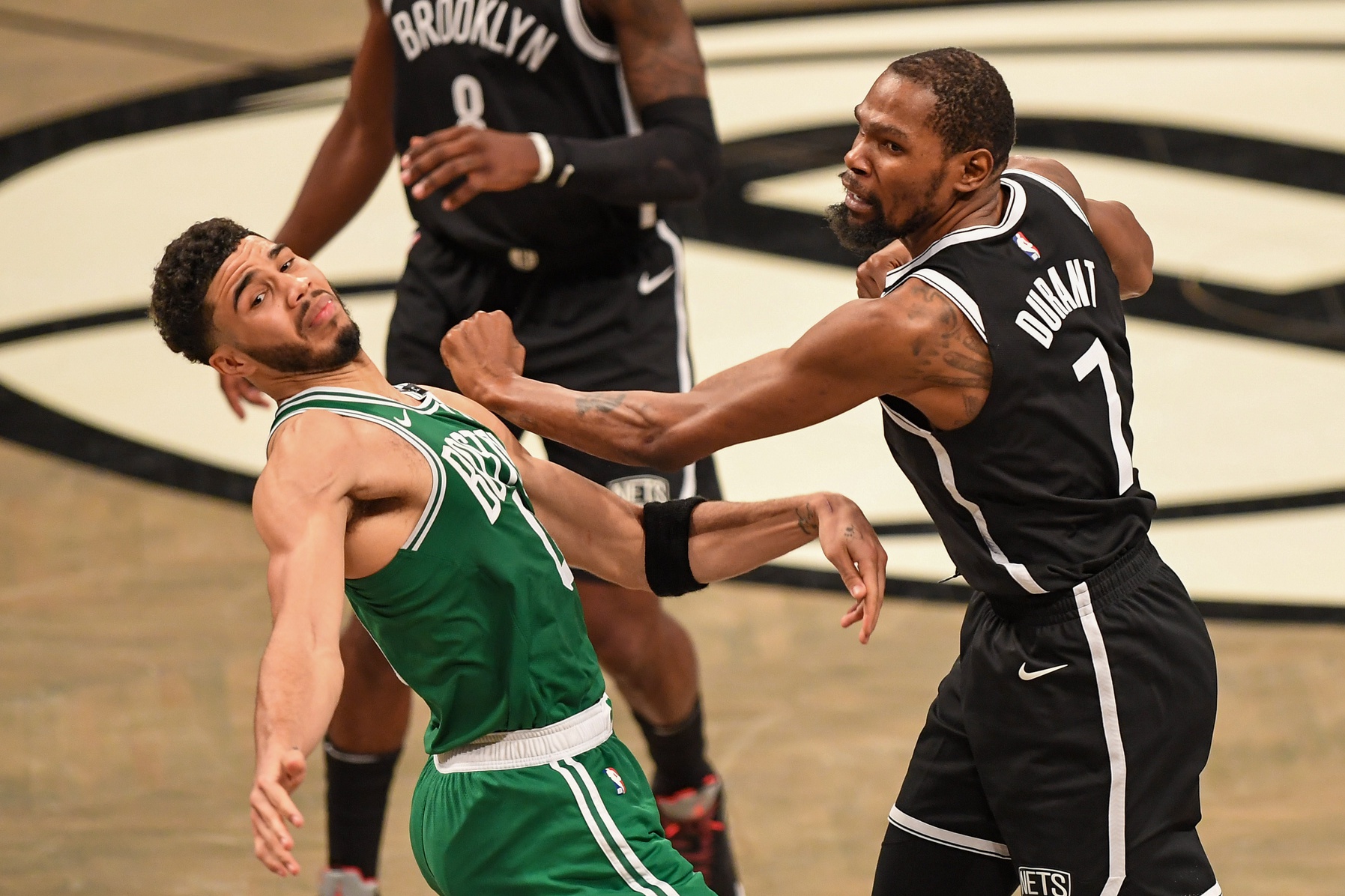 Well, at least the game was competitive. The Celtics put forth a scrappy defensive effort in the first half, only to have their anemic offense let them down in the second half, as the mighty (annoying) Brooklyn Nets took Game 1, 104-93.

Instead of delving into a deeply depressing Danny-Ainge-has-to-trade-Kemba-in-the-offseason-rant, I’m going to focus on the positive: TIMELORD. Rob Williams (11 points, 9 rebounds, 9 blocks in 23 minutes) was an absolute beast. No Celtic player, not even Jayson Tatum (22 points on 6-20 FG) impacted the game like Rob.

There was a fiery exchange between Durant and Tatum in the 4th quarter which culminated in Durant driving his forearm in Tatum’s neck. Unfortunately, Tatum showed more anger with the officials for the lack of a whistle than at Durant, the guy who wielded the blow. Tatum is a mild-mannered guy, but he cannot let Durant punk him like that. Durant drew a flagrant foul a few minutes later for closing out in Tatum’s space on a jump shot, much to the chagrin of Mike Breen and Doris Burke who apparently don’t know the rules.

I enjoyed this. Very much. pic.twitter.com/upHiBAtByG

In the first quarter the Celtics were 6-12 on threes and Nets were 0-9.

Hand down, man down on this Jabari 3

Kevin Durant took a hard fall after Marcus Smart took a charge in front of him.

KD is still in the game. pic.twitter.com/fdQHrHFgjl

this has been probably the grittiest half the Celtics have played all season long, and I really hope they can continue that because I loved every minute of it #playoffs

18-4 #Nets run and the #Celtics are in real trouble

That second jump is just absurd 😳