Tacko Fall steps up for shorthanded Boston Celtics, ‘In a lot of ways he changed the game’ 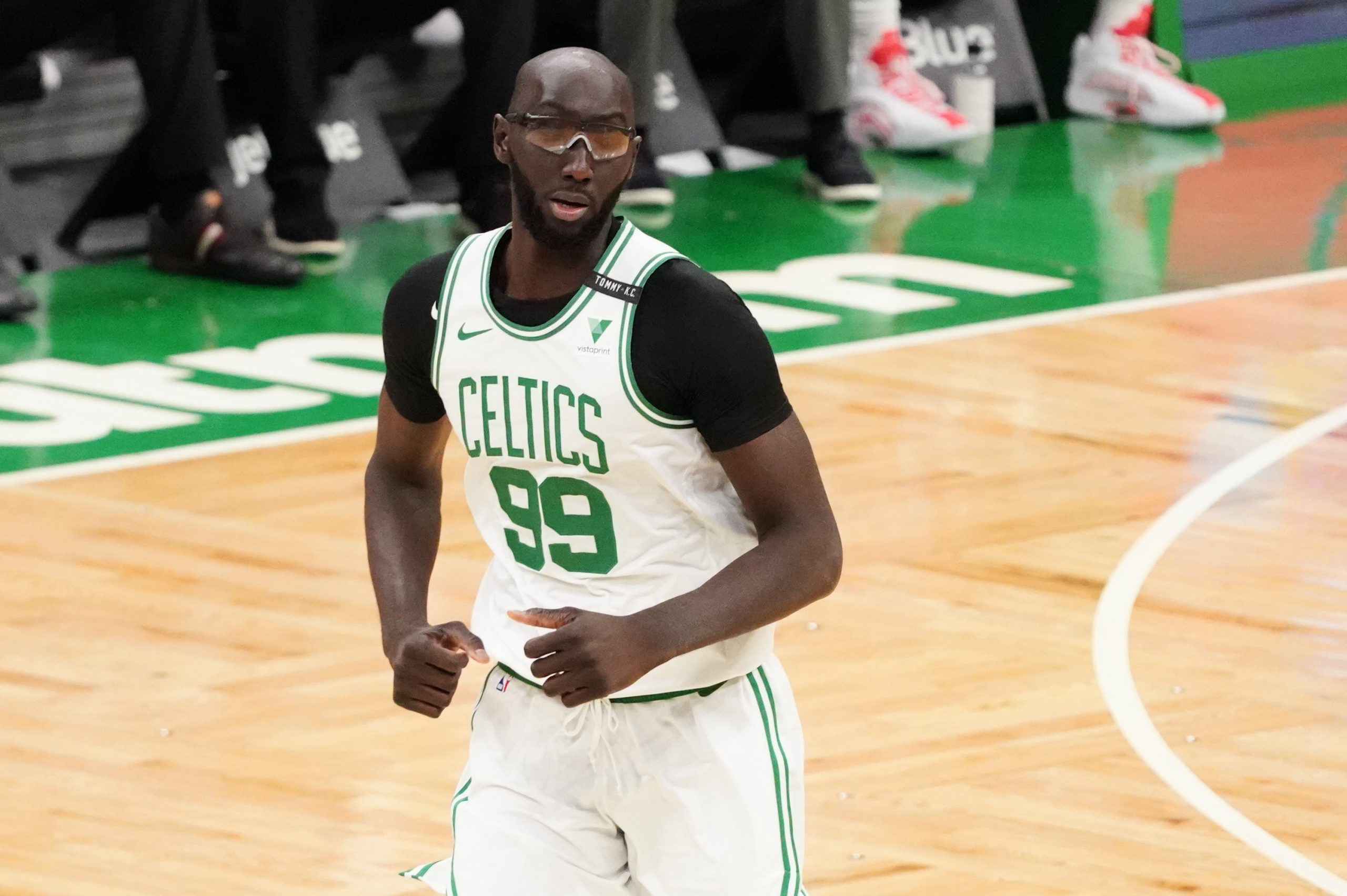 Before their game against the Washington Wizards, the Boston Celtics found out they’d be without Tristan Thompson, Robert Williams, and Grant Williams. That meant the Celtics’ only two true bigs would be Daniel Theis and Tacko Fall.

“We really didn’t know if people were going to be out or not,” Fall said after the Celtics win over the Wizards. “Then right before shootaround they were like, ‘OK, we’re going to have a lot of people out.’ From that point, I didn’t know what was going on, but I really tried to stay mentally ready for anything. Then I found out I was going to play a lot of minutes. Coach came and talked to me right before shootaround.”

Suddenly Fall went from seldom-used to important backup and he responded with 19 minutes of solid play. Fall finished with 4 points, 7 rebounds, and 3 blocked shots.

“I thought he was great tonight. In a lot of ways he changed the game,” Brad Stevens said. “When he came in in the first quarter it was back and forth. One of the things we’re missing without those guys here is some physicality, some rim protection. He provided both of those things in a big way.”

Fall provided two signature moments. In the first quarter, he rose up to block a Russell Westbrook dunk attempt. And then later, Fall caught an alley oop from Jaylen Brown then sprinted down the floor for a chase-down block on Robin Lopez.

“Tacko’s gotten better since the first day that he got here,” Jaylen Brown said. “He’s gotten better. His body has improved. His timing has improved. And he’s ready, as you’ve seen today. He came out, had a great game for us, defended, protected the rim, did everything we asked for.”

Stevens pointed to Fall’s work with assistant coach Jay Larranaga, who has been seen putting Fall through guard-like workouts in an effort to pull some mobility and coordination out of his seven-and-a-half foot frame.

“Me doing all those ball handling drills, the way we play, our bigs handle the ball on the perimeter doing dribble handoffs and stuff. So we need to be comfortable doing that,” Fall said. “That’s why we work on a lot of ball handling drills and crazy stuff like that. He’s really trying to plan ahead for, I guess, the future.”

The future was tonight for Fall, who was pressed into service and who might be again over the next few nights. Stevens said he was planning on using Fall in four minute stints but Fall’s performance demanded he stay on the floor even longer.

“We just singled him out in the locker room. I couldn’t be happier with the guy,” Stevens said. “He goes from undrafted to two-way, to still on a two-way. Last year in the bubble he didn’t dress half the time because of the rule that we could only dress 13. And all he does is smile – he’s a great teammate, as good as I’ve been around, and he works. He’s a good one, for sure, and I’m really happy for him.”

It’s those last couple of lines that resonates most with Fall. He came into the league as the rawest of projects. He is still very much a work in progress, but the work he’s put in is showing, and it’s because Larranaga and the Celtics have committed to the hours of work with him. That effort, and the postgame recognition fuels Fall, and bonds him closer to this team.

“It means a lot because, to have people that have believed in you from the first day they met you, and the whole organization has from my teammates to the coaches, to the front office, to the workers, everybody, they all believed in what I can to do and how I can help them,” he said. “They stayed patient with me and that’s something that I’m really thankful for.”