The SF Giants and the First Rule of Holes: Just Stop Digging 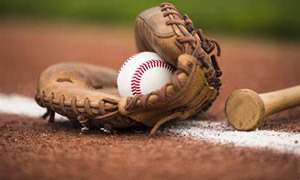 After the first three weeks and 20 games into the 2019 season, the San Francisco Giants appear on the surface to be a continuing model of negative out-of-the-gate consistency.

This is the spot where we often hear some version of the following mindless cliché: “Hey, it’s way too early to say anything about the current season. Let this thing play out before we get too far into the weeds”.

Sure, we’re still in small sample-size territory, but the idea of “not saying anything” is of course ridiculous. Just for the record, “the weeds” began with the very first pitch of the 2019 season.

An MLB season should be fully experienced and dissected from day one. Otherwise, why not just not say anything until the All-Star break, or maybe even wait until next October when everything will be perfectly clear?

There is one huge difference between 2019 and the previous four years for San Francisco: there’s a new, very smart sheriff in town and he has a posse of really smart deputies. But even they can’t simply snap their fingers and magically turn this damaged organization around in six months.

Giants President of Baseball Operations Farhan Zaidi inherited an organization in serious decline, with its future as empty as a Cap’n Crunch cereal box the day after I pick it up at the store. 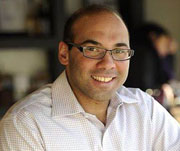 For an MLB franchise, global decline and a lack of future assets is a tough combination. But Zaidi has applied the first Rule of Holes, and now the Giants have begun the long climb out.

A growing trend in Bay Area social media, from short attention span fans to the regressive baseball media, is to somehow blame the team’s terrible opening performance and all those high-end contracts with elderly players on Zaidi.

After all, he’s had the team for one off-season and 20 MLB games. So he owns it all, right?

The massive effects of the poor decision-making at the Major League level and the criminal neglect of the farm system are fully owned by former GM Bobby Evans and former Baseball Ops President Brian Sabean.

But thankfully, through the fog of yet another losing MLB season, something new and dynamic is happening in San Francisco.

Before we describe that, let’s talk about what we’re not seeing in San Francisco anymore: a repeat of the flimsy construction of the Giants’ 25-man and 40-man rosters over the previous five years.

Also, younger players emerging from the team’s farm system are now being judged on performance rather than PR spin. Evans and Sabean tried to pretend that an endless line of sub-preforming home-grown players like Austin Slater, Josh Osich, Derek Law, Mac Williamson, Chris Shaw, etc. belonged on the 25-man roster over recent years. 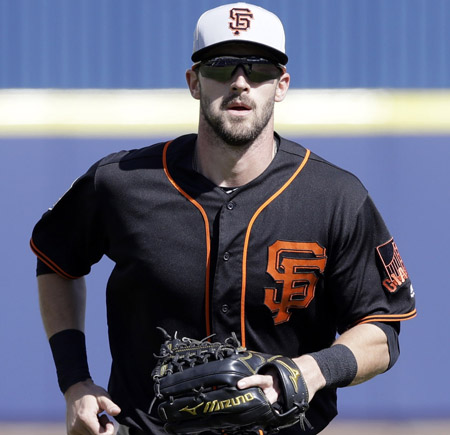 Just the sheer amount of time the team’s PR machine has devoted over the past several years in promoting OF Steven Duggar as “the center fielder of the future” has been breathtaking.

But a funny thing happened on the way to the future. Duggar, who will turn 26 later this year, was recently moved out of center field to right field.

The presence of one-dimensional players (in this case Duggar has shown some good defense, although he has an average arm) on an MLB 25-man roster is no longer sustainable.

But Pillar is on a one year deal, and actually is an outstanding center fielder. He’s in the line-up every day to provide a professional presence in the outfield throughout the 2019 season.

No wonder Evans and Sabean were so aggressively anti-analytics: the last thing they wanted was for Giant fans to pay any attention to actual player performance.

The former front office wizards wanted fans to instead focus on the PR hype dished out by the front office marketing staff and the team’s radio and television broadcasters, who also happen to be on the Giants payroll.

Fans can get their arms around the 2019 season if they see it as made up of three distinct parts:

Farhan Zaidi has peppered the starting 25-man roster with an array of potentially trade-valuable players. There are also several inherited players, specifically in the bullpen, who also have excellent value.

Perhaps only Buster Posey is likely off the table as a trade chip.

Whatever number of those players have a decent first half, it will create multiple opportunities to make trades with contending teams for at least mid-quality minor league players. Not necessarily MLB Top 100 prospects, but still valuable.

The new trade deadline rule, which eliminates the August “waiver” trade period after the traditional July 31st non-waiver trade deadline, will accelerate competition among the top teams to get what they need earlier than later.

In past seasons, non-waiver trades usually began in earnest around mid-June. Now, with only one shot to get things done, the new trade window more likely starts in mid-May.

This is like a two-month open laboratory to see what will work next season. Newly acquired players will each have a plan going forward and some may get a try-out with the big club. This would be a good time to see who can grab a place in the pitching rotation, bullpen, or a position on the field.

That’s $120 million, and no doubt the team would have to eat a significant portion of any of those contracts to move them. In addition, several of these players have limited or full no-trade protection. But if the Giants want to open up opportunities for higher performing players they’ll have to suck it up and cut some losses.

While all this may seem like a dismal picture of the 2019 and 2020 seasons, it’s actually a reason for hope and a positive future.

You can’t start running in the race again until you get up off the ground. For the San Francisco Giants, this is the getting up part.