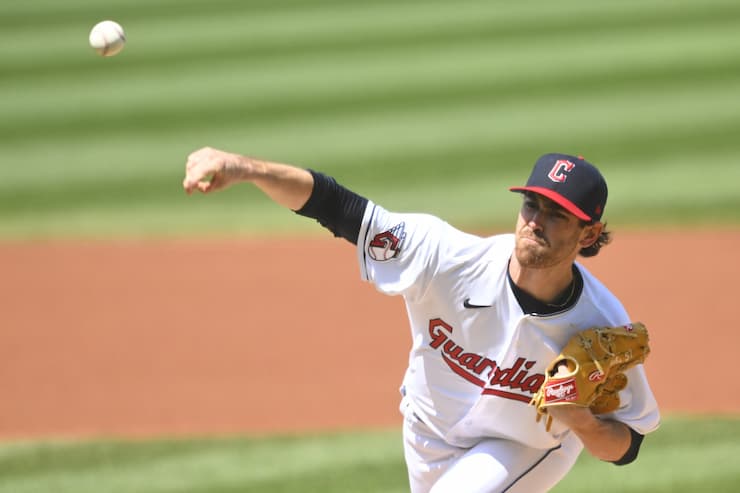 There are eight Major League Baseball games on June 30. As we begin summer, the MLB All-Star Game is just around the corner. Here are the five best games to watch. Betting odds courtesy of BetOnline, one of the best MLB sportsbooks and offshore sportsbooks.

In this American League East Division battle, the Toronto Blue Jays (42-33) host the Tampa Bay Rays (40-34). The Blue Jays are coming off a series win over the red hot Boston Red Sox at the Rogers Centre, where they won two of three games. However, a 6-5 extra inning loss to the Red Sox on Wednesday saw the Blue Jays drop down to third place in the American League East, and half a game back of Boston.

The Rays meanwhile are coming off a pair of 5-3 losses to the Milwaukee Brewers and now head to Toronto for the first game of a rare five-game series. The reason for the five-game series is because Major League Baseball is trying to make games up due to the fact the season started later than normal. The delayed collective bargaining agreement is the reason why.

Tampa Bay has the definite advantage when it comes to starting pitching. Jeffrey Springs is the Rays starter (3-2, 2.25 ERA), and Yusei Kikuchi is the Blue Jays starter (2-4, 5.08 ERA).

In this National League East Division battle, the Philadelphia Phillies (39-37) host the Atlanta Braves (44-32). The Braves are going after the series sweep on Thursday after they beat the Phillies 5-3 on Tuesday and 4-1 on Wednesday. In Wednesday’s win, the Braves got a superb pitching performance from starter Kyle Wright, who gave up only earned run in seven innings of work. So far in 2022, Wright is 9-4 with an earned run average of 3.03.

The Braves have been able to make up ground on the New York Mets the last two games. New York has lost their last two games to Houston, while Atlanta has proceeded with a pair of wins.

The pitching matchup on Thursday is in Philadelphia’s favour. Despite having a losing record of four wins and five losses, Phillies starting pitcher Aaron Nola has a very good earned run average of 2.98. The Braves are countering with Ian Anderson (6-4, 4.60 ERA).

In a matchup between the top two teams in the National League West, the Dodgers (46-28) lead the San Diego Padres (46-31). Both teams have the same number of wins. The reason why the Dodgers lead the Padres by a game and a half is because they have three fewer losses.

The Padres have experienced a significant turnaround and manager Bob Melvin deserves a lot of the credit. Don’t forget a year ago San Diego played very disappointing baseball and were four games below .500 at 79 wins and 83 losses.

On the mound in this one San Diego will start the sizzling Joe Musgrove, who has been spectacular in his first year with the Padres. He is 8-1 with an earned run average of 2.12. The Dodgers are countering with Mitch White (1-1, 4.25 ERA). It appears White is the Dodgers starter while Walker Buehler is on the shelf recovering from his elbow strain.

On Wednesday, in the 7-6 Cleveland win, the game went into extra innings all tied up at three, when the offensive floodgates opened. Minnesota scored three runs in the top of the 10th to take a 6-3 lead only to see Cleveland score four runs in the bottom of the 10th to win the game 7-6. Two Canadians were the stars for the Guardians on Thursday. Cleveland outfielder Josh Naylor of Mississauga, Ontario hit the game-winning home run in the 10th inning and starting pitcher Cal Quantrill of Port Hope, Ontario had a quality start as he gave up three earns in eight innings.